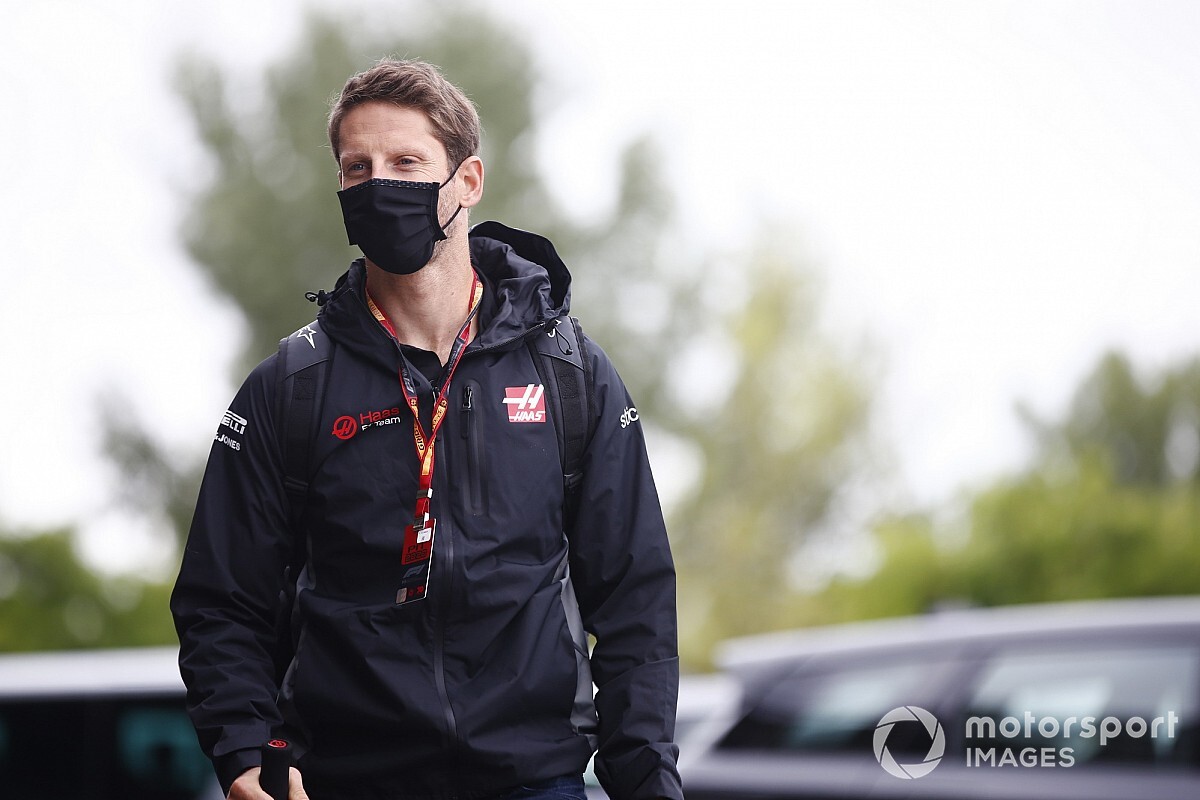 Romain Grosjean has apologised to Haas for speaking out of turn in suggesting that the future of his Formula 1 team was in doubt.

The Frenchman’s contract runs out at the end of this year and he suggested ahead of this weekend’s Hungarian GP that an "elephant in the room" over his future was that Haas may not continue in F1.

Those remarks annoyed team principal Gunther Steiner, who said it was not right that a driver should comment on such matters.

In the wake of the events, Grosjean has now said sorry for his behaviour, as he ruled out the prospect of the situation becoming another point of drama in F1’s Netflix series Drive to Survive that has followed Haas closely.

“I’m sorry if I said anything wrong,” he said. “I didn’t want to create anything. So, no, there’s no Netflix episodes, there is no problem.

“I said something that I shouldn’t have said, and then... you know I’m sorry for the team. And all good.”

Steiner said he was not too angry over what Grosjean said, but more amazed that his driver has chosen to bring the subject up.

“I mean, I was never upset about it,” he explained. “You know me. I react to something and I get over things pretty quick. I mean, I’m not upset. It was just like... I was amazed when I read it, because I wasn’t there obviously.

“So I asked, but I’m fine with him. I have no problem. If I get anybody mad if I say something not appropriate, I would have everybody mad at me, but I get over things pretty quick.

“I think he realised. It was a tough question and he answered in a way, maybe, after thinking he didn’t want to answer. And he didn’t maybe mean what he said, you know. I have no problem."