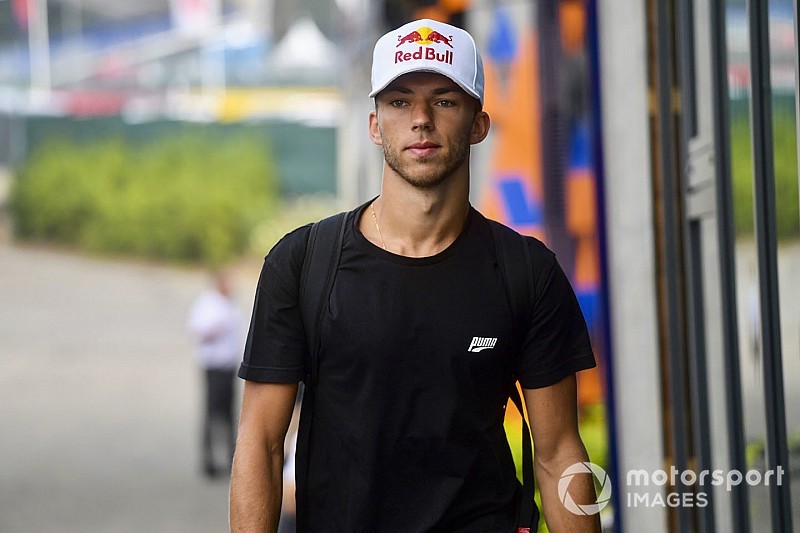 Pierre Gasly says his demotion from the Red Bull Formula 1 team came as a "shock" because he was told he would keep his drive until the end of 2019.

Red Bull team boss Christian Horner said immediately after the Hungarian Grand Prix, the final race before the summer break, that it was the “intention” to keep Gasly in the car for the rest of the year.

However, one week after the race Red Bull announced Alex Albon would replace Gasly as it assesses who should partner Max Verstappen in 2020.

Speaking for the first time since his demotion to Red Bull’s junior team Toro Rosso, Gasly said he was informed at “8.42am” by Red Bull motorsport advisor Helmut Marko, a few hours before the news was announced.

“I found out in the morning it was decided,” said Gasly. “Of course it was kind of a shock and [I was] disappointed because it’s not what I had been told before or after Budapest.”

He added: “The team said I was going to drive until the end of the year, and that's what I believed.”

Red Bull had pledged to be patient with Gasly when it promoted him to senior team to replace Daniel Ricciardo, who switched to Renault for 2019.

Gasly said he did not know what had changed between being told he would keep his drive and being demoted, “and anyway it’s not going to change the decision right now”.

“Whether I understand it or not it’s not going to change it,” Gasly said. “I’ve not spent too much time thinking about it.

“The only thing I need to focus is on is performing in these nine races with Toro Rosso at my best.”

Gasly’s Red Bull career started with a crash in pre-season testing and he was comprehensively outperformed by Verstappen over the first 12 races of the season, scoring 63 points to Verstappen’s 181.

He scored a best finish of fourth, after Verstappen was taken out in the British Grand Prix, while the Dutchman has scored two victories and a further three podiums.

"There are things I could have done better over that first half of the season, I'm partly responsible,” said Gasly.

“I think all of us were responsible for the lack of performance and points we ended up having.”

The points discrepancy between Verstappen and Gasly is hurting Red Bull’s ambition to beat Ferrari in the constructors’ championship, which Gasly acknowledged is the team’s objective.

However, he believes things “would have gone better” had he been given more time.

“There were many things going in the right way even though we still had a few issues,” said Gasly. “Now there is no point to discuss about it and I don’t really want to talk about it because it’s over.

“I’ve had some good lessons that’s going to be useful for the rest of the season, but I need to focus on what I can change and what’s going to make me faster in the coming months.”