The Racing Point Force India Formula 1 team is planning to lodge a name change in time for it to be resolved by the end of this year.

Racing Point Force India was the stop-gap name given to the new team that entered F1 mid-season thanks to the convoluted way Force India’s administration was resolved.

The team and its owners, a consortium of investors led by Lawrence Stroll, always intended on changing that name.

Team principal Otmar Szafnauer says the request should be lodged in time for it to be approved by December’s meeting of the FIA World Motor Sport Council.

The previous iteration of Force India had considered a name change several times but never managed to do so.

Szafnauer said this process would be simpler.

“I think it’s easier [to come up with the name],” he said “I think in the last couple of years some of the considerations were around selling the team.

“That bit of it’s taken away so it’s easier. We just have to come up with the right name that will last for a long time."

Force India was previously entered with the name of title sponsor Sahara, but that has disappeared because it was a nod to the Indian Sahara Group and then-owner Vijay Mallya.

Racing Point was added as the prefix for the new team because it was the name nominated for the new company that had to be formed to purchase Force India’s assets.

Szafnauer said “there are all sorts of possibilities” for the new name and that he was “not excluding anything” when asked if one option was linked to the company name of an investor.

He also claimed that none of the sponsors working with Force India prior to its fall into administration had indicated they did not want to continue under the new regime.

Sponsors that have yet to substitute a new contract in place of an old one include major sponsor BWT, which is responsible for the team’s striking pink livery.

“There’s a few of them [contracts with the original team] that haven’t been reinstated but that’s not for lack of will, that’s just for lack of not having enough time to do it.

“Probably 50% of them have not been reinstated and that’s just because it takes time, and that’s including BWT.

“That will happen for this year. The money’s coming in [on a handshake deal basis].

“We only have one lawyer. You’ve got to change stuff, then they’ve got to read it and agree, and we have one person working on it.” 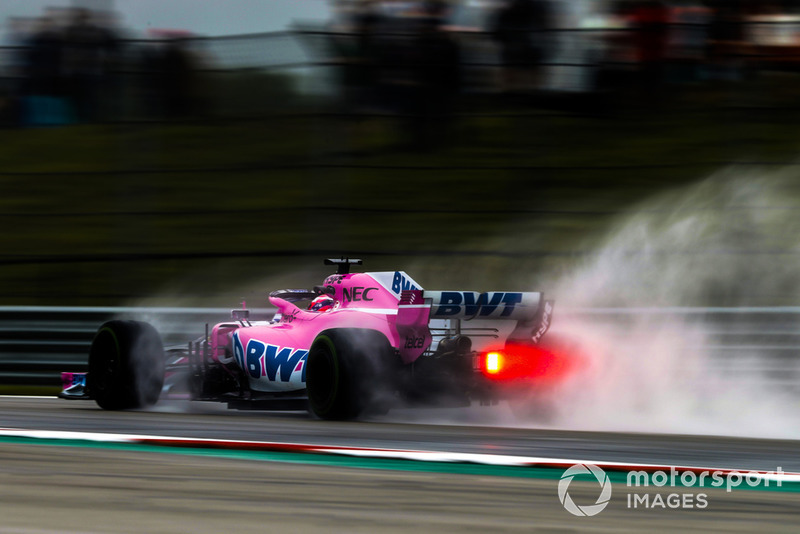