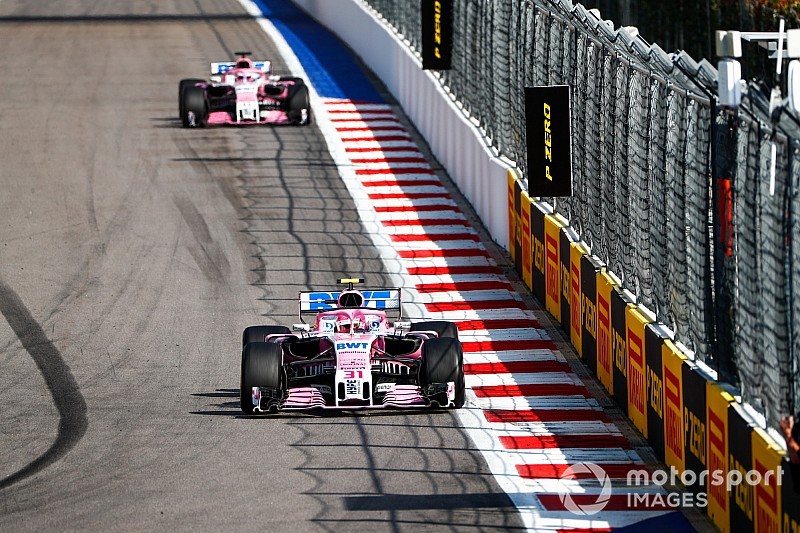 An official report from administrators FRP Advisory gives full details of how the process came about and explains why Racing Point – the name used by Lawrence Stroll and his associates – was chosen the successful bidder.

The document has extra significance in the light of a legal claim from Uralkali, a Russian company linked to GP3 racer Nikita Mazepin's father, which has questioned the administration process, and said they put in a higher bid.

Force India had just £240,000 in its bank account at the point administration started on July 27th – just days before the July salaries were due to be paid. Sponsor BWT provided a loan of £5m, which allowed the wage bill and other immediate costs to be paid.

FRP stresses that it sought a “swift resolution” because during August the team faced costs of £9.6m, even with the summer shutdown in force, and because “key members of staff, who we concluded were one of the most valuable assets, [were] being the subject of offers of employment from other teams.”

FRP says that it received “in excess of 20 expressions of interest.” However, by the time of the deadline on August 6th this had been whittled down to five formal proposals.

FRP stresses that it is legally obliged to give priority to trying to save the business, which is why Racing Point was chosen.

It adds that the Racing Point proposal included a “fall back offer” to acquire the business and assets for £90m in case the share acquisition could not be completed in time.

The exclusivity agreement with Racing Point stated that should the share acquisition not be completed by August 14th, it would become an asset sale. Racing Point provided a £15m loan, which allowed BWT’s earlier loan of £5m to be repaid.

The share sale was reliant on approval from the Indian banks who had frozen Vijay Mallya’s assets, and thus when it became clear that it could not be completed in time because that approval was not forthcoming, FRP agreed to switch to a sale of the team’s assets and the pre-arranged price of £90m.

The fact that the bidding process was not re-opened at this stage is one of the key complaints of Uralkali.

FRP says that it “took into account the importance of retaining key staff, the fact that staff were shortly to return from their summer holidays, with the upcoming race in Belgium due to take place a few days after their return,” and that the administrators “took a commercial decision to avoid the risk of a significant loss in the value of the business and assets.”

FRP says “it is currently estimated that there will be sufficient funds to pay all creditors in full”, although it's not stated that that was a requirement from FIA and F1 for the team to be allowed to continue under its new identity. The biggest creditors are Mercedes, at £13.7m, and Brockstone – representing Sergio Perez – at $4.0m, while the overall total is £28.5m.

FRP had dismissed Vijay Mallya’s claim that he was a creditor to the tune of £159m, and in fact stated that Mallya and fellow shareholder Sahara actually owe the company £4.2m. No legal action is planned to recover that amount because the shareholders are due to receive the balance from Racing Point’s £90m left after creditors and other costs have been paid.

Several pending or potential legal actions involving Force India remain to be resolved. There are two separate claims for commissions for introducing sponsors, one for £10m and one for £8m. The first already has a trial date set for July 2019.

In addition there is a claim for £3m related to the introduction of a potential buyer, although it was not a successful bidder, while there is a potential claim of £5m from Force India regarding a cancelled sponsorship deal.

Ferrari unveils new F1 livery ahead of the Japanese GP