Fittipaldi was in Haas F1 test talks before crash 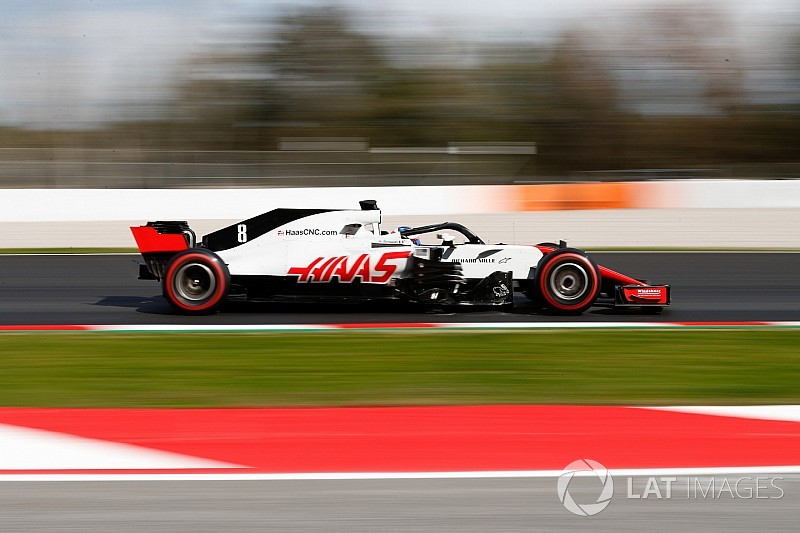 Pietro Fittipaldi was discussing a possible Haas Formula 1 test before the huge World Endurance Championship crash that left him with broken legs.

The Brazilian fractured his left leg and broke his right ankle when he crashed his DragonSpeed LMP1 car at Eau Rouge during qualifying for last weekend’s Spa opener, where he was serving as stand-in for team regular Renger van der Zande.

Fittipaldi, who is combining his WEC programme with part-time schedules in IndyCar and Super Formula, is due to begin treatment from doctors in Indianapolis and has targeted the US series’ late-July race at Mid-Ohio for his comeback.

Speaking on Thursday ahead of this weekend’s Spanish Grand Prix, Haas team principal Gunther Steiner revealed he had started talking to Fittipaldi about a possible F1 test.

“There was nothing set, we were talking about it and then the accident happened,” said Steiner.

“He contacted us, I know his grandfather Emerson, they just said, ‘Can we do something together?’

“We didn’t stop talking [after the crash] but we stopped talk about [a test] because we don’t know what can be done.

“He’s well on the way to getting better. That’s the most important thing for me.”

Asked if his talks with Fittipaldi involved a formal role with the team, Steiner stressed there was “no detail” discussed.

If Fittipaldi returns to IndyCar action at the Mid-Ohio race, it is highly unlikely he would be able to take part in the post-Hungarian GP test with Haas the following week.

Steiner said “anything” was possible in the future, adding: “I could say yes to everything or no to everything, because I don’t know.”