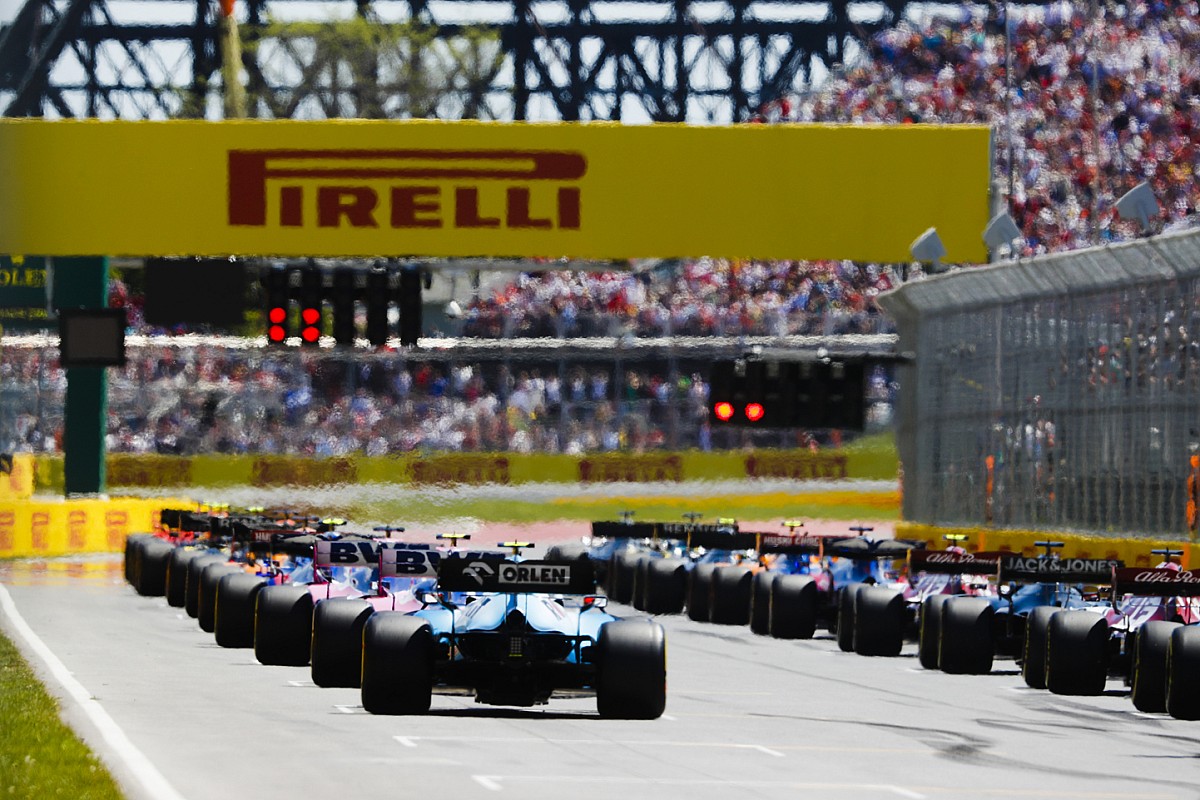 How big a financial hit will Formula 1 teams take as races continue to be cancelled or postponed? And what will happen in the worst case scenario of a completely lost season?

The sport is facing a totally unprecedented situation, and as such it’s impossible for anyone to know how the year will pan out. Thus far nine races have been lost, and in theory we have a potential start in France on June 28th.

Few regard that date as a realistic option, and it’s inevitable that more races will be struck off and added to the list of those waiting to be slotted in later in the year.

In his last public communication F1 CEO Chase Carey spoke of a “15-18” race season being salvaged, but even his lower figure looks optimistic.

The challenge for the teams is that as the calendar shrinks, so does their income, which explains why there is now such a focus on reducing costs.

Under the current factory shutdown no new parts are being produced, no wind tunnels are operating, and there’s no travel or transport to fund – but overheads such as salaries still have to be addressed.

That’s why teams like McLaren, Racing Point and Williams have been announcing pay cuts for drivers and senior management, and furloughs for staff.

In conjunction with F1 and the FIA, some logical big picture cost-cutting moves have been made, notably postponing the new regulations to 2022, freezing the current chassis until the end of next season, and generally putting a lid on other development.

Meanwhile teams have already agreed to lower the 2021 cost cap from $175m to $150m, and debate continues about a further reduction before a final figure is signed off. 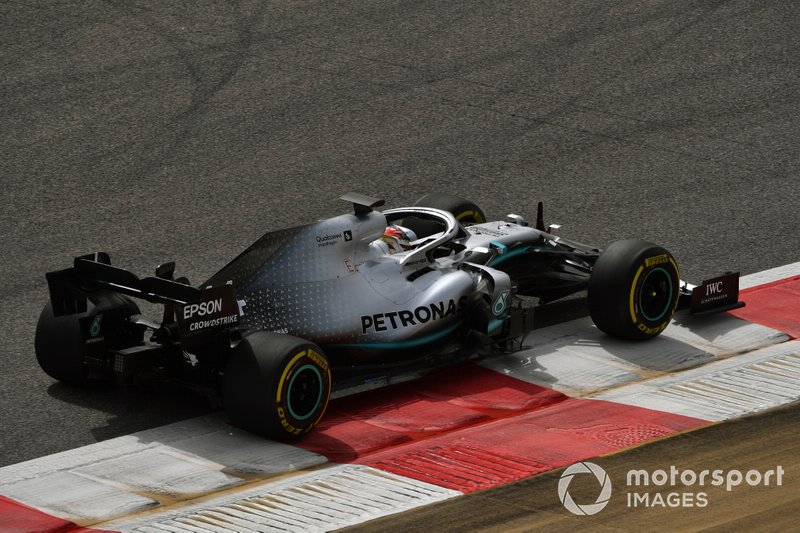 All this attention to costs is eminently sensible. But will it be enough? The big question surrounds the other side of the equation, namely 2020 income – and that’s the scary unknown for all the teams.

Their income has a direct relationship with the number of Grands Prix that ultimately take place – and as things stand no one can predict whether we will have Carey’s 15-18 races in 2020, or at the other extreme, none at all.

All teams operate with two income streams, sponsorship – including funding from owners/investors such as Mercedes, Renault, Red Bull and Lawrence Stroll – and prize fund payments from the F1 organisation.

Both arrive on a set schedule, and thus usually teams know exactly what they are receiving and when, and they budget around that cash flow. In 2020, everything has been turned on its head.

Let’s consider sponsors first. It’s unlikely that any sponsor contract ties overall payments specifically to 22 races, as the total has fluctuated over the years. However, all sponsors have signed up for a full season, and built their marketing and promotional programmes around that.

One assumes there is leeway for a few lost races given the special circumstances. Indeed some sponsors may still be happy to pay their full dues under Carey’s lower total of 15 races – even if that represents only 68% of the exposure that they originally paid for.

However, at some point as the season shrinks further their managements and/or shareholders may start to ask questions about getting fair value for money.

Consider too that every company that has its name on an F1 car is facing its own financial issues, and has to cut costs, so a friendly relationship with a team will only count for so much.

“And you don't know how bad that is. I mean, the relationship with sponsors is normally very close, and sponsors do everything they can to possibly help the team. At some point, commercial decisions have to come into it. It isn't charity at the end of the day, it's business.”

If we eventually have a 10-11 race season, it’s logical to expect that some sponsors will want to pay half the original fee, even if there’s no specific provision in the contract for the current circumstances.

Imagine too what could happen if the season is lost completely - it wouldn’t be unreasonable to assume that some sponsors will want most of their money back, even if some promotional benefits have already been received.

That’s the dilemma that teams are facing. Sponsors pay in installments, usually weighted up front, so fees already received (and spent) will potentially have to be refunded, and late season payments cancelled completely.

Owner and shareholders will see a bigger picture and won’t withdraw their scheduled funding – but they could now find themselves having to make up a shortfall, which will be painful.

Lost sponsor income could impact all teams. However, the hit to F1 prize fund income won’t be shared equally across the grid, as the smaller teams will lose out more.

F1 prize fund income comes in two forms – basic variable payments related to the overall financial performance of the F1 Group, and extra fixed fees paid to the top teams as a legacy of deals negotiated by Bernie Ecclestone within the current Concorde Agreement.

In the former category are Column 1 payments – an identical figure for all 10 teams – and Column 2 payments, which are based directly on the 2019 World Championship standings, with Mercedes thus receiving the biggest share, and Williams the lowest.

In other words five teams – Renault, Racing Point, Alfa Romeo, AlphaTauri and Haas – receive only the basic payments that fluctuate with F1’s earnings.

F1 doesn’t like to publicise the team payments system too much. However, a useful insight was provided by a prospectus issued by Liberty in January 2017.

It states: “The teams competing in the FIA Formula One World Championship receive, in any year, prize fund payments consisting of a combination of variable fees and fixed annual fees.

“The majority of the prize fund is paid to individual teams based on their results in prior constructors' championships, and the balance paid to teams that have achieved certain milestones based on Formula 1's principles and measures of performance.” 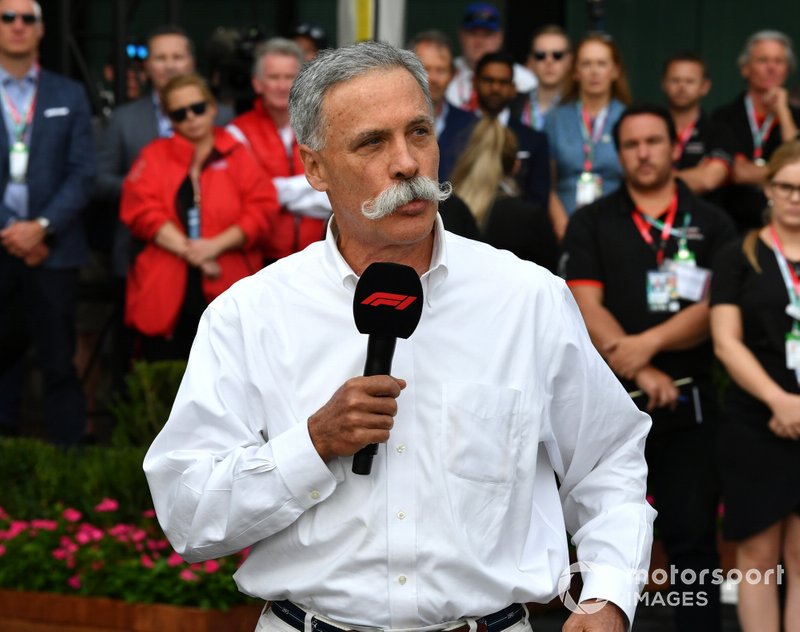 The teams receive that money in monthly installments, commencing at the end of February.

The variable payment element is based on F1’s projected total income for the year ahead, which in normal circumstances is easy to predict with some accuracy, given that it is derived from established contracts with race promoters, broadcasters and sponsors.

Adjustments are then made to align with the true financial performance so the final figure for the year is accurate.

The significance is that when F1 made its February payment to the teams it was based on the projected overall performance for 2020, and thus a final turnover close to the $2bn achieved in 2019. China had just been postponed, but it was set to be rescheduled.

However, by the end of March we had lost more races – Australia, Bahrain, Vietnam, the Netherlands, Spain, Monaco (which pays no fee) and Azerbaijan. Thus far April we have already lost Canada.

Assuming that F1 is now working with Carey’s 15-18 races figure its projected income should in theory reflect the loss of between three and six race hosting fees, which could be in the $150-200m range.

That alone is a major hit to overall turnover, and will presumably henceforth be reflected in lower monthly payments to the teams than they had expected.

However, 15-18 is a best case scenario from Carey’s viewpoint, and there’s a reasonable chance that the final race total figure will be lower. And each lost race means another refunded hosting fee.

In addition, below 15 races TV broadcasters will have to be refunded on a sliding scale – and then at some point F1’s own sponsors like Heineken and DHL may also expect to pay less, for the same reasons as team sponsors.

Thus as more races are lost from the season total, F1’s turnover drops further, and therefore so does the variable element of the team payments.

It follows that in the worst case scenario that there are no races at all in 2020, and circuits, broadcasters and sponsors all have to be refunded, F1’s turnover will be close to zero. And thus so in theory will the variable payments due to the teams.

Those payments will have been made paid on a monthly basis since February, so at some stage late in the year there could be a scenario where in theory teams will actually be in debt to F1, as they were paid too much up front…

However, the fixed fees paid to the top teams will still have to be paid – simply because they are fixed, as the Liberty prospectus suggests: “While there are some fixed fees, most of the prize fund elements are variable and are measured based on Formula 1's underlying financial performance prior to taking account of the team payments.” 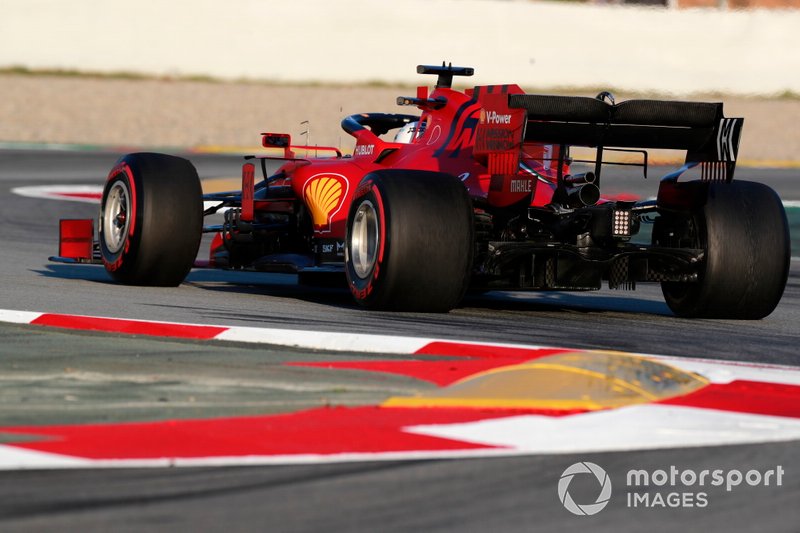 In theory the big teams will still receive a reasonable chunk of income from F1 via the fixed fees – a significant amount in the case of Ferrari – even if no races are held at all. It’s the others who will face a huge drop in their F1 earnings.

In a worst case scenario of no races at all in 2020 a team like Racing Point or Alfa Romeo could theoretically find itself refunding its sponsors and earning next to no prize fund money from F1, and thus will have little genuine income to show for the year. And yet even with no racing, bills will still have to be paid.

That worst case of no races is still some distance away – we could still have a dozen events with a season starting in September, and Ross Brawn believes that 19 can be squeezed in after July.

However no 2020 season remains a possibility, and it’s one that teams have to prepare for, hence the current urgent focus on cutting costs.

It’s been suggested that F1 should find a way to look after teams, something that Dorna has addressed in MotoGP. However as its income dives, F1 will be stretched just by paying its own bills and the fixed fees due to the big teams from its cash reserves and loans. Will it be able to let teams keep any overpayments in lieu of 2021 income as an aid to cash flow?

Looming in the background is the new Concorde Agreement. No one is yet signed up for 2021 and beyond, and big decisions still have to be made by all teams and manufacturers.

A fairer revenue split is coming, but even if we resume a normal schedule in 2021, there’s no guarantee that F1 will bounce straight back to the $2bn plus income it had in 2019, so teams could take an income hit once again.

In addition there’s no guarantee that sponsors will return, because they’ll have their own problems to address.

“We’ve got less revenue coming in this year,” McLaren’s Zak Brown told Sky this week. “So has everyone, and everyone is locked down. It’s cash preservation mode to make sure we can survive the lack of revenue.

“This is going to do a lot of damage to a lot of companies around the world, and that’s not exclusive to F1 by any means. I think everyone is in the same boat, and well-run businesses with good leadership and good management should be able to work through this.

“Our sponsor partners have their challenges in these times, so we want to give them help. Governments are trying to help with stimulus packages, but unfortunately I think there are going to be a lot of casualties in business around the world.”

Will that list include any of the current F1 teams? We can only hope that everyone finds a way to survive. 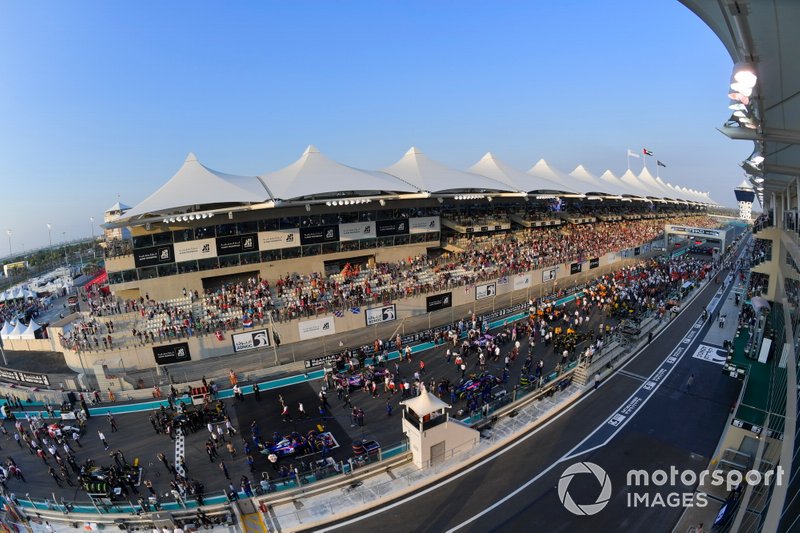 A scenic view of personnel and cars on the grid

How Moss mastered Monaco to beat the Ferraris in ’61