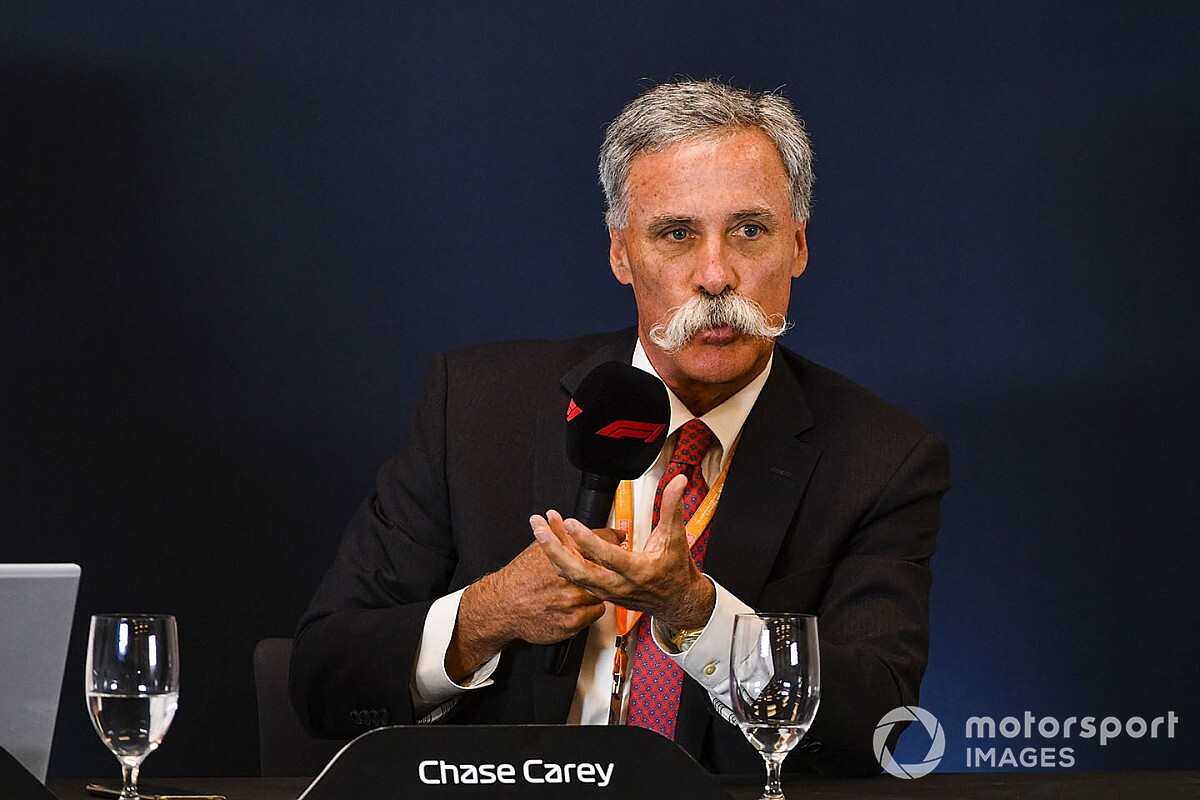 Formula 1 boss Chase Carey expects the 2020 season to consist of “15-18 races” once it gets underway, and will likely extend past its original 29 November end date.

The current F1 campaign came under further delay on Monday due to the coronavirus pandemic, after June’s Azerbaijan Grand Prix was formally postponed – an expected announcement Motorsport.com first reported was likely on Sunday.

This followed the cancellation of the Australian Grand Prix last week, with Bahrain, Vietnam, Holland and Spain postponed, while Monaco has been cancelled outright.

Last week F1 also announced it had brought forward the summer shutdown to cover March/April, freeing up August to run races should the season be underway by then. In a statement released by Carey on Monday evening, he has outlined plans for the season’s resumption – though specific details are yet to be finalised.

“Over the past week, Formula 1, the 10 F1 teams and the FIA have come together and taken rapid, decisive action as part of our initial response to the COVID-19 pandemic,” said Carey. “While at present no-one can be certain of exactly when the situation will improve, it will improve and when it does, we will be ready to go racing again.

“We are all committed to bringing our fans a 2020 Championship Season. We recognise there is significant potential for additional postponements in currently scheduled events, none the less we and our partners fully expect the season to start at some point this summer, with a revised calendar of between 15-18 races.

“As previously announced, we will utilise the summer break being brought forward to March/April, to race during the normal summer break period and anticipate the season end date will extend beyond our original end date of 27-29th November, with the actual sequence and schedule dates for races differing significantly from our original 2020 calendar.

“It is not possible to provide a more specific calendar now due to the fluidity of the current situation but we expect to gain clearer insights to the situation in each of our host countries, as well as the issues related to travel to these countries, in the coming month.”

Carey notes that the clearing of the summer break from the schedule now provides the series with the “opportunity to evolve the sport, experiment and try new things”.

“With the benefit of the FIA’s announcement and agreement in principle to freeze technical regulations throughout 2021, no summer break and factory shut downs being moved forward to March/April the sport now intends to race through the period normally set aside for the summer break and fulfil lost events from the first part of this year,” he added.

“This flexibility offers an opportunity to evolve the sport, experiment and try new things.

“That may include initiatives such as expanding our esports platform, developing more innovative content like Netflix Drive to Survive and other creative ways to drive ongoing value for the sport’s sponsor partners, broadcast partners, race promoters, teams and fans – the ecosystem of our fantastic sport.”

Last week, F1 confirmed it would delay the introduction of its 2021 cars by a year, with the current chassis to be carried over into next season.

Teams will then develop their ’21 challengers under the new cost cap rules.