© 2021 Motorsport Network. All rights reserved.
TV Buy tickets Store
Previous / The challenges in getting a new driver up to speed in F1 Next / Ferrari explains cause of slow pitstops in 2020 F1 season
Formula 1 / Breaking news

Formula 1 is likely to need a biosphere model for 2021 season-opening Australian Grand Prix in Melbourne next year. 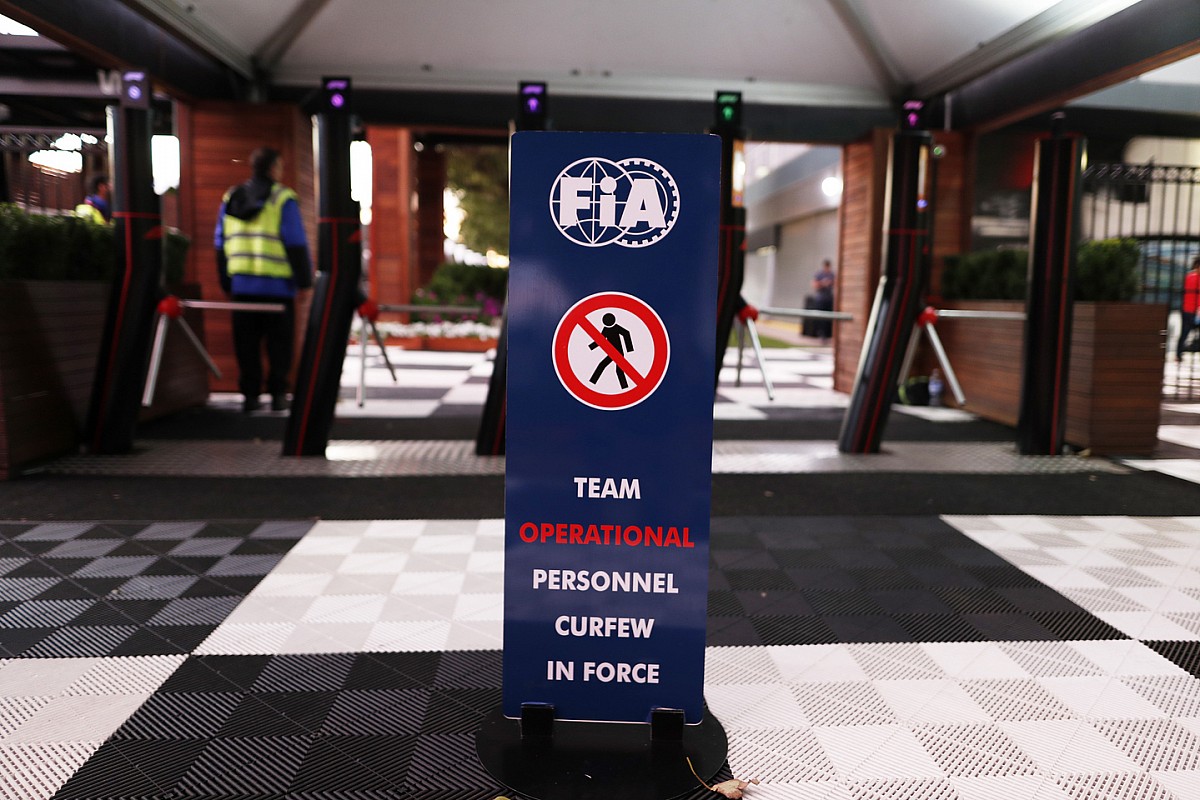 A biosphere model will make its first appearance at this weekend's Abu Dhabi Grand Prix, with paddock personnel arriving on charter planes and limited in their movement between allocated hotels and the circuit.

It's a tightening of restrictions over the bubble that's been used since the season resumed back in July.

It could also act as a trial of sorts ahead of the 2021 Australian GP, which is unlikely to go ahead without a similar system in place.

Australia's international borders have been closed since this March, and are unlikely to open without a hotel quarantine requirement – particularly to European countries – until a vaccine is well established.

Motorsport.com understands plans are underway for an F1 biosphere in Melbourne for next March's AGP, to avoid crews and drivers spending 14 days locked in a hotel before the season-opening race.

Movement between bio-secure hotels and the paddock is likely to be tightly controlled, with anybody joining the bubble needing to undergo 14 days of hotel quarantine after the event if they want free access to the rest of the country.

Governing body Motorsport Australia has begun to canvas 'Profile 1' officials, who may need to quarantine for four days prior to the event and take a COVID-19 test to be allowed into the bubble in the first place.

They may then need to spend 14 days in hotel quarantine on the other side of the event.

Anywhere from 25 to 75 of the 1000-odd officials could fall into the Profile 1 category, the roles covering anyone working in pitlane, the F1 paddock or race control.

The 'Profile 2' officials, including those working on support categories and flag marshals, won't need to join the bubble.

The support category paddocks, including Supercars, will fall outside the bubble, as will the national media centre that operates outside of the F1 paddock.

Motorsport Australia's general manager of motorsport Michael Smith stressed that no firm decisions have been made, but that canvassing officials willing to quarantine if needed is crucial to ensure the event goes ahead.

"It's going to be a very different event to what we're used to," Smith told Motorsport.com.

"The FIA has got some strict regulations around COVID, and we need to fit in with those regulations. Formula 1 has essentially created a bubble and we'll need to find ways to insert out local officials into that bubble.

"The Australian Grand Prix Corporation is also working with the Victorian government around what the local requirements are going to be.

"We're just working with our officials team at the moment to see how we can do that to make sure we can deliver the event, and to see what officials will and won't need to go into the bubble.

"It's a pretty small number, to be honest. At the very most it would be about 75 people, but it could be as few as 25 to 30, depending on how we structure things.

"Formula 1 pitlane, the paddock area and race control – what the FIA term Profile 1 or high-density areas – the people that work in those areas will need to be Profile 1 officials. They're the ones that we'll need to look at creating some alternate arrangements for."

Australia has been successful in limiting the health damage caused by COVID-19, with community transmission currently non-existent in all states and territories.

Melbourne did, however, spend the best part of four months from early July in a tight lockdown due to a deadly second wave that saw Australia's death toll jump by around 800 to its current tally of 908.

The Australian Grand Prix is scheduled to take place between March 18-21 next year.

Ferrari explains cause of slow pitstops in 2020 F1 season