© 2021 Motorsport Network. All rights reserved.
TV Buy tickets Store
Previous / Mercedes will do ‘everything we can’ for Hamilton to race Next / The challenges in getting a new driver up to speed in F1
Formula 1 / Breaking news

Wolff: Mercedes “mustn’t be carried away” with Russell display 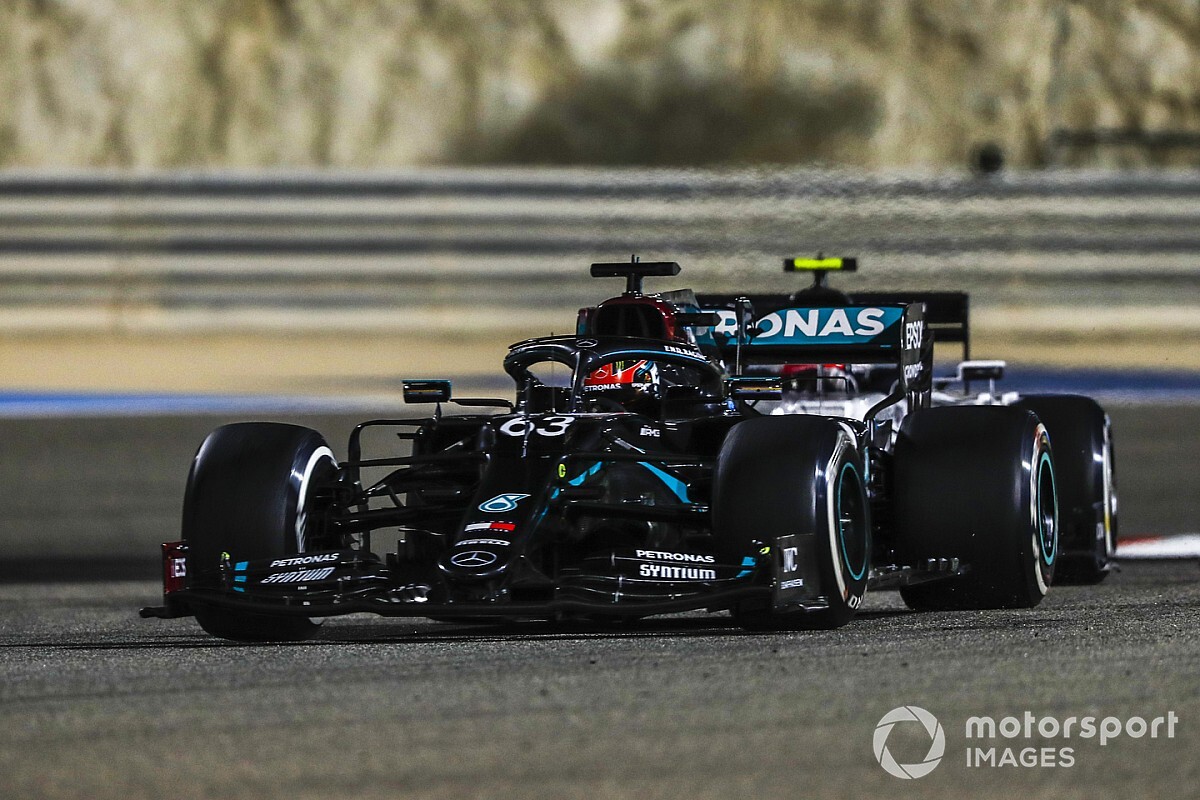 Wolff insisted that Lewis Hamilton remains the benchmark, and stressed the role that the seven-times world champion had played in lifting the team and developing its cars since he joined in 2013.

Russell’s charging performance, which saw him lose a likely race win to a pit stop mix-up and later a puncture, has inevitably led observers to suggest that Mercedes might not need Hamilton in the future.

“I think Lewis Hamilton wins so much, and many titles, because he's the best driver in the best car at the moment,” said Wolff.

“And we are very humble about it, because it's not a given that we provide him with the best car.

“He has proven that with his multiple records. And we mustn't be carried away at this stage by a phenomenal drive from a new kid who has a bright future in F1. Lewis is still the benchmark.”

Wolff added that he had tried to help Russell by putting a lid on expectations for his first outing with the team.

“By saying that we don’t expect anything better than top five or top four, I wanted to take pressure off him,” he said. “Because the truth is he’s not in a championship fight.

“Our team has done it already, and this is about learning, working in a new environment, and having a little bit more pressure. I think the pressure was so enormous on the Friday that we felt taking it away a little bit would be good. I think we were confirmed [in the race] about his potential.”

Wolff insisted that Russell’s performance would not be used as a lever in salary negotiations with Hamilton.

“They are two different things. Lewis has been with the team eight years, we have had great success in the past. He's a team member.

“And I said it already before we cannot have the events this weekend interfere or change any of our negotiations.

“And I don't think that he would say, ‘hold on a minute now, this is an advantage for me.’ Our relationship goes much beyond that.”

Mercedes will do ‘everything we can’ for Hamilton to race