Binotto: Party mode ban could shake up order at Monza 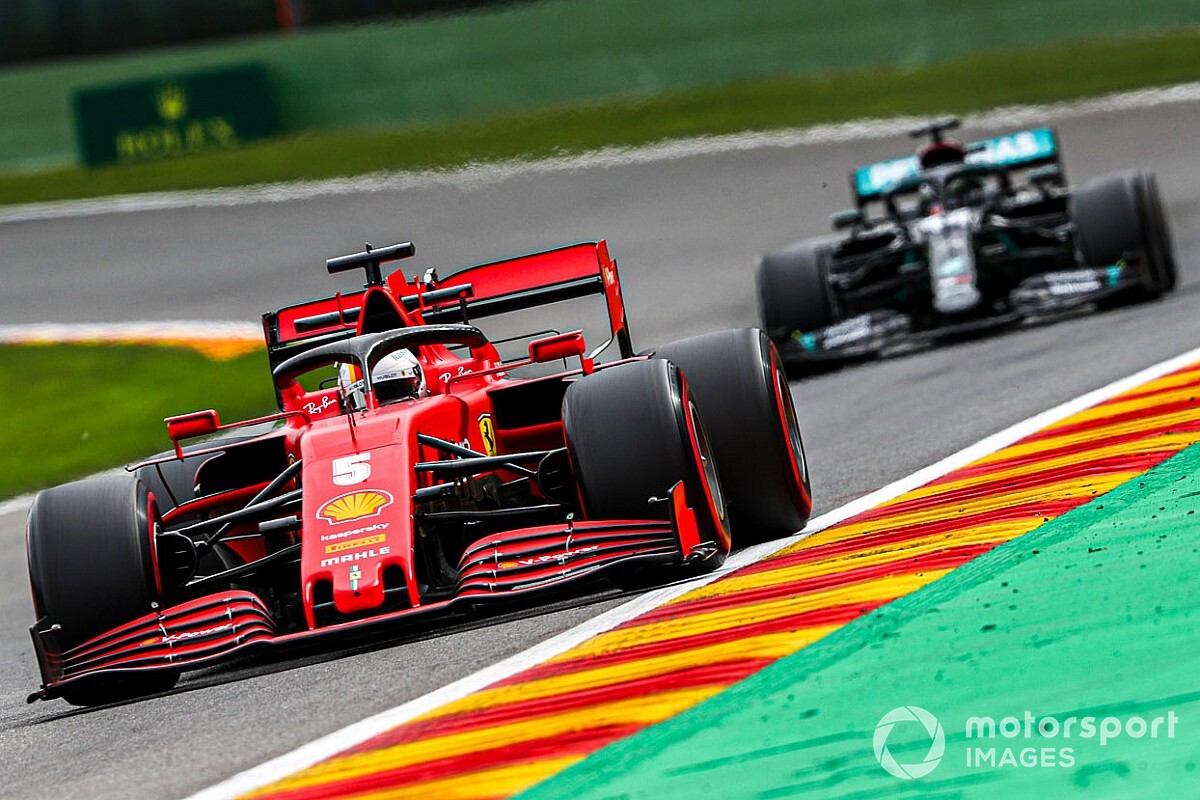 Ferrari team principal Mattia Binotto thinks Formula 1's ban on 'party' modes has the capacity to shake up the competitive order at the Italian Grand Prix.

As part of a push by the FIA to increase its confidence that nobody is finding ways to exploit F1's rules, it wants teams to run in pretty much the same engine modes in both qualifying and the races from this weekend's race at Monza.

This means that drivers will no longer be able to exploit the extra single-lap power boosts that have come from special qualifying engine settings.

While some in the sport are sceptical that the changes will make any difference – and could even make differences between manufacturers bigger in the race – Ferrari is not so sure that there will be status quo.

While the Italian outfit is bracing itself for a tough time at Monza, with its engine having lost power since last year, Binotto is not ruling out a different competitive order that could help his outfit.

Asked by Motorsport.com what he expected for the Italian GP, Binotto said: "It will be difficult as well. It's a circuit where power performance is important, and certainly we are not the best.

"There will be a new technical directive in place for the qualifying regarding what we call the party modes, so eventually this may affect some of the teams. I will be curious to see how much and which teams. I think it will be interesting in that aspect.

"It is a circuit that is high power sensitive and eventually the balance of competitiveness in the car itself can change. It is also important to start ahead in a higher position on the grid because when you are in traffic, overall it is difficult to make the car work.

"So for Monza I think that technical directive could affect it the most."

Red Bull boss Christian Horner also does not buy the view that the changes will not affect the relative performance of teams – with rival Mercedes having clearly had the best qualifying engine modes so far this season.

"It will have some effect," explained Horner. "But whether that's next week or during the next couple of weeks, let's see. I mean it's got to do something. Hopefully it won't make it worse."

Renault's Esteban Ocon, whose French car manufacturer team is vying for the second best engine tag behind Mercedes, is optimistic that the change will not hurt his squad.

"We can't really tell you exactly what it does, until it does it," he explained. "I think after Monza we will have a clearer picture.

"I don't think it is a bad thing for us. I think we have a very strong race mode. We are quite quick in the race in the race trim so I'm definitely okay with the new rule."