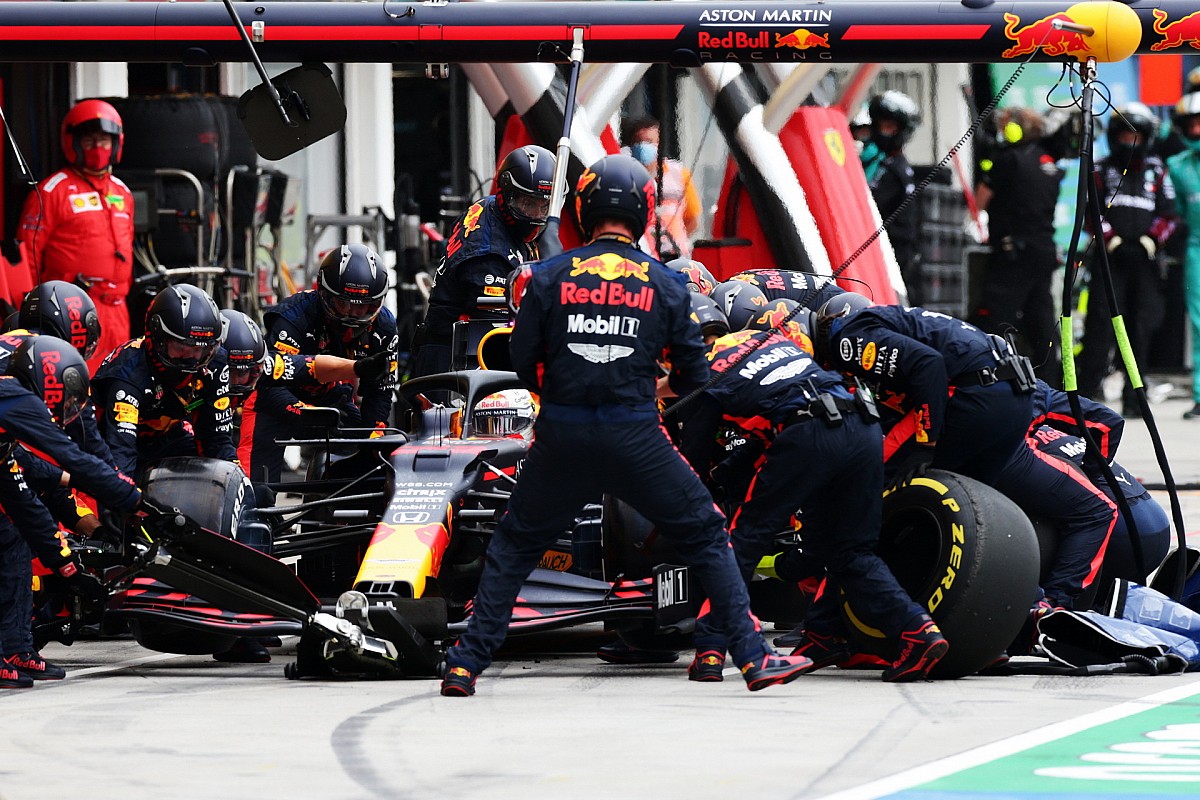 Red Bull boss Christian Horner says Formula 1 needs to move away from one-stop races if it is to avoid boring spectacles like the Belgian Grand Prix.

The Spa-Francorchamps event turned in to a tyre management affair once drivers were forced to make an early switch to the hard compound during a safety car period.

Podium finisher Max Verstappen said the afternoon had not been an enjoyable one from the cockpit, as he had to focus more on keeping his tyres alive than trying to fight Mercedes.

Horner thinks that races where the one-stop is the fastest strategy inevitably lead to situations where drivers go into tyre conservation mode – which is not good for entertainment.

"I think one-stop races are always boring," said Horner. "I think that you need to have two to three-stop races.

"I think that mixes the order up, it mixes the strategy up. And I think that we've always seen that one stop races, where drivers are driving under the tyre, trying to conserve the tyre, it is very tough. I think that you need some more variability of strategy in order to create offsets between the cars."

Asked if the best way to achieve what he wanted was with Pirelli being more aggressive with its tyre compound choices, Horner said: "In an ideal world. I think the most fundamental thing that we need to do is to increase the amount of strategies that you can go into a race with.

"Pretty much every one elected to take a one stop strategy here [in Belgium]. And that's never going to produce an exciting grand prix."

F1 race director Michael Masi, who is involved in discussions with Pirelli about its products, is not so convinced that one-stops are necessarily the cause of the problem.

"But having said that, the FIA together with Pirelli, F1, the teams and obviously the input of the drivers work together to try and fulfil a number of criteria each year, and it's no secret that Pirelli have been working closely with all of those parties.

"Mario Isola attends the drivers meetings at 4-5 events every year to give an update to the drivers and the teams of where Pirelli is at, and what they're looking to do.

"So I think the evolution of that is that we will continue working together between all of the key stakeholders with F1, the FIA, Pirelli, the drivers and the teams to have a tyre that is fit for purposes."

Binotto: Party mode ban could shake up order at Monza