Formula 1’s sprint race tweaks for 2022 could open the door for a bold plan to run the Bahrain event on its high-speed outer loop, Motorsport.com has learned.

With the three sprint race experiments this year at Silverstone, Monza and Interlagos deemed to have been a success, F1 is looking at running sprints at six venues in 2022.

As revealed last weekend, F1 chiefs have indicated to teams that their preferred tracks to hold the sprints are Bahrain, Imola, Montreal, Austria, Zandvoort and Interlagos.

Part of the ongoing discussions with teams includes the idea of making the sprints standalone events. This means that while they will count for points, they will not set the grid for the main grand prix on Sunday.

Should that idea get the go-ahead, then that offers scope for F1 to be more radical with further format tweaks for the shorter races on Saturday to spice them up.

Sources have suggested that one idea mentioned in early discussions between F1 and the teams could be for the first sprint event in Bahrain to run on a different track layout.

The plan would be to hold practice and qualifying on Friday on the full grand prix circuit, switch Saturday’s running to the outer loop configuration, and then host the grand prix on Sunday back on the full track. 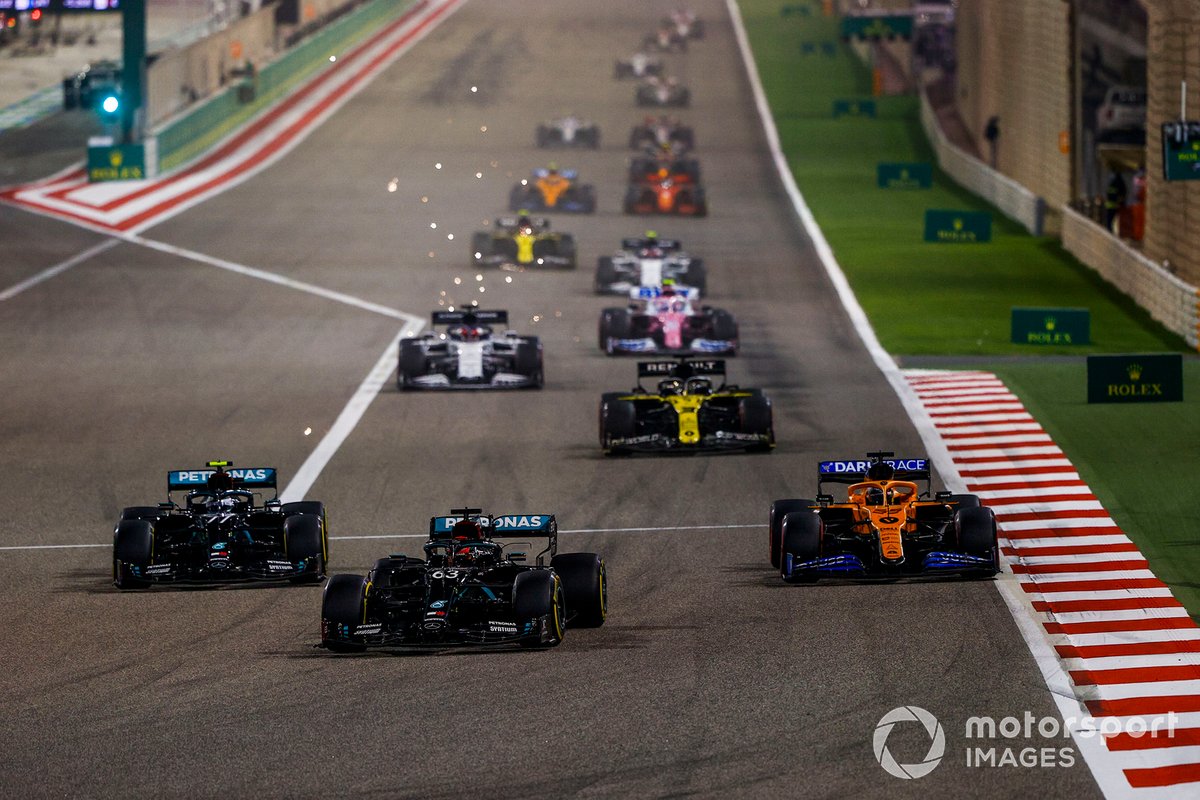 The outer loop was used for the Sakhir Grand Prix in 2020 and proved to be a hit in delivering excitement and drama, as Sergio Perez claimed his maiden F1 win.

Although the idea of an outer loop sprint is just a consideration at the moment, Bahrain circuit bosses are open to the prospect.

Sheikh Salman Bin Isa Al-Khalifa, who is chief executive of the Bahrain circuit, said that matter had not been raised with the track yet but he reckoned it could work.

“In theory we can do it and we will be supportive of whatever F1 would like us to do,” he told Motorsport.com.

“It is just like in 2020, when we were asked to host two races, and we had the outer track, and we did that.

“So yes we would be supportive. But with these things, and with the teams, there will be questions about how you run one track and then another. So I’ll wait and see how they discuss that first.”