Fernando Alonso believes Max Verstappen is driving “one step ahead of all of us” in Formula 1 this year ahead of his championship showdown with Lewis Hamilton in Abu Dhabi.

Verstappen and Hamilton will enter the final race of the season at the Yas Marina Circuit tied on points, setting up a winner-takes-all finale at the end of the 22-race campaign.

Two-time world champion Alonso has previously fought Hamilton for the championship and been involved in four last-race deciders.

Discussing the 2021 championship showdown, Alonso said that both Hamilton and Verstappen were at the “top of their game at the moment” and “pushing the limits every race”.

“You see that they are first and second in every race, because they are in another level,” Alonso said.

“It’s fantastic to see how they push each other. But I don't know, this final race is going to be tense for sure for them and we will see.” 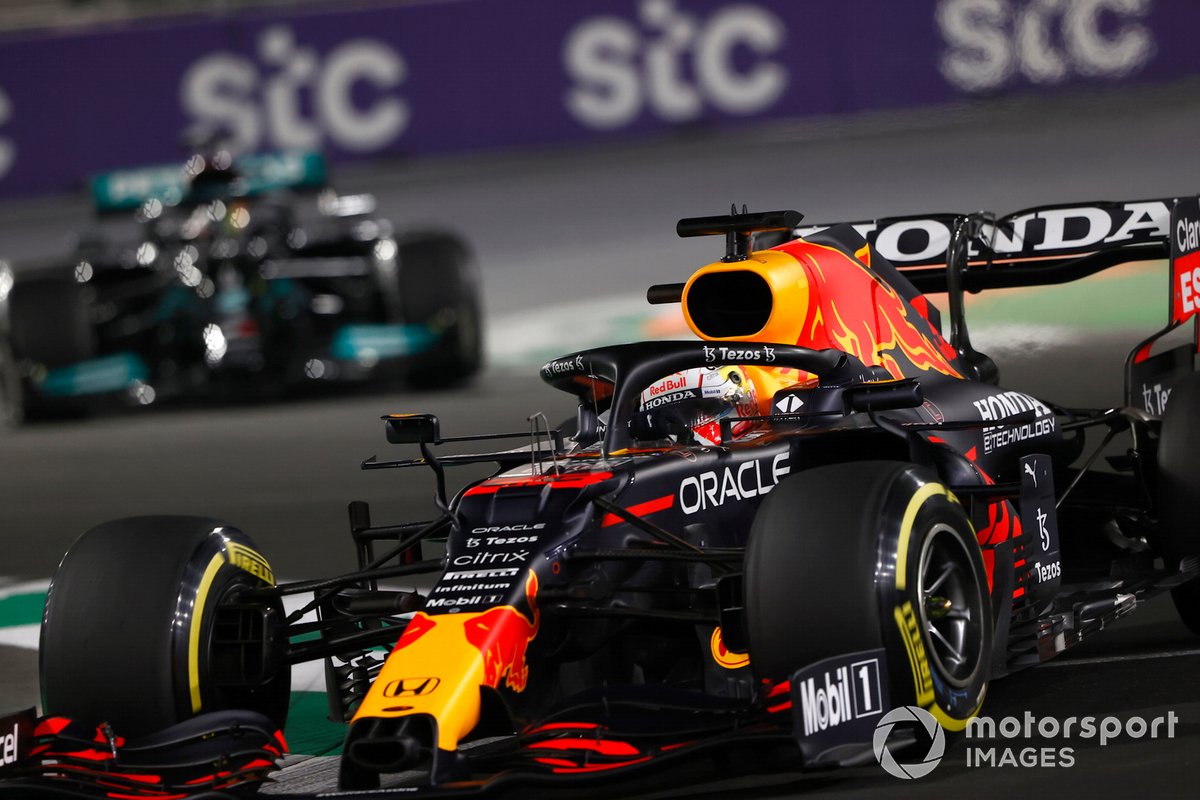 Hamilton enters the final round of the season on a three-race winning streak after victories in Brazil, Qatar and Saudi Arabia.

But Alonso felt that Verstappen was currently on another level to the rest of the F1 grid, citing his Q3 lap in Saudi Arabia prior to hitting the wall at the final corner as proof of that.

“Mercedes lately I think is a little bit [better] performing and they won a couple of races now, but Max is driving, in my opinion, one step ahead of all of us,” Alonso said.

“We saw the lap in Jeddah until he touched the wall in the last corner. That lap was coming from Max, not from the Red Bull.

“So I think in a way, that's my opinion, is Mercedes deserve the constructors' championship because the car is superior. And Max maybe overall in the year was driving one step ahead of everyone.”

Asked what advice he would give Verstappen and Hamilton ahead the championship showdown, Alonso felt there was no need for him to say anything.

“I think no advice, as they are very well prepared and committed and fast and professional,” Alonso said.

“[There are] no mistakes and both of them are driving at the limit, so I think it is very interesting to watch from the outside.

“They are very well prepared, and that is good.”