Paul Ricard bosses want to wait to see what impact Formula 1’s new 2022 car rules have on racing before deciding on the next steps regarding track changes.

The current home of the French Grand Prix had considered making several tweaks to its layout in a bid to improve overtaking opportunities, but those plans were put on hold during the COVID-19 pandemic.

Now, as the French GP heads to 2022 for the final year of its current contract, and off the back of a spectacular race this season, it will hold fire on choosing it next steps.

For it wants to be sure that any investment it makes to change the layout will be justified by having a fresh contract in place, as well as it still being necessary for the new generation of machinery.

French GP boss Eric Boullier said that this year’s event had shown that the venue can deliver when the grid is close, and it would make no sense to rush track tweaks without knowing what overtaking will be like from 2022.

Speaking to Motorsport.com during a visit to the Abu Dhabi GP, Boullier said: “I think it was good to see that, when the cars are very close in performance, whatever the track layout you have, you can have a nice spectacular race.

“But it doesn't stop us to think about and improve things for the future. We want to see first next year how the new car regulations will change all that.

“Obviously we had a good race, we had a good event, and there is a lot of momentum now around the French GP. So hopefully this will help us to build something even better and bigger, because we're also working on the capacity of the GP to achieve more spectators in the future.” 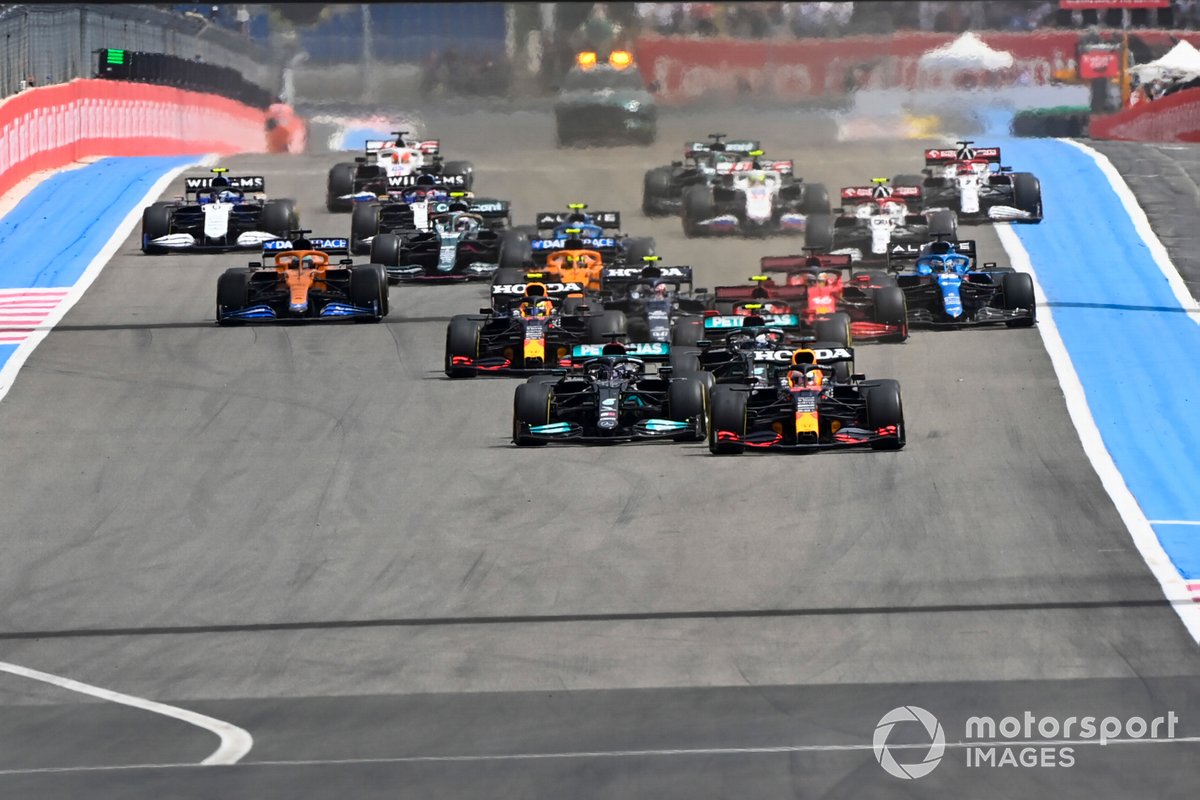 He added: “We are putting together a working group around how to improve the racing, and we just want a little bit more visibility on the future.

“We want to see next year’s car regulations, and how they are going to work. The overtaking is supposed to be better, and that will have an impact on track layout.”

Boullier said that French GP organisers had already begun talks with F1 bosses about a potential extension of its contract, and he was bullish about the future with ticket sales looking good for 2022.

“There are discussions now with the promoter of F1 to extend the contract," he said.

“But we started our sales in early November and we are nearly now 50 per cent already sold out. So there is a massive interest in F1 in France.”

Verstappen: My views on Mercedes/Hamilton have changed for the worse