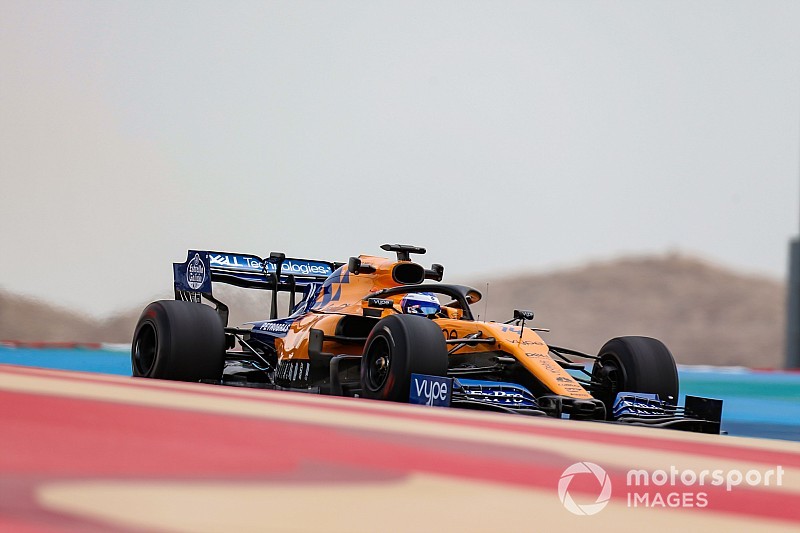 Fernando Alonso says McLaren’s 2019 Formula 1 car is “a step forward in every aspect” compared to 2018, and believes the team can lead the midfield this season.

McLaren has exceeded the expectations of its full-time drivers Lando Norris and Carlos Sainz in the opening two grands prix of the season, with Norris qualifying inside the top 10 for both races and finishing sixth in Bahrain last weekend.

Sainz battled with the Red Bull of Max Verstappen early in that grand prix, having previously described its top-10 qualifying pace as “unthinkable” after McLaren’s end to 2018, when Alonso ended his F1 career with six point-less races in a row.

After driving the MCL34 for the first time as he conducted Pirelli development work in F1’s Bahrain test on Tuesday, Alonso said: “It’s a step forward in every aspect of the car.

“The car has more grip, the car is less draggy on the straights, the engine is a big step better as well.

“Overall, as a package, the car is on the right direction.

“We saw in the first two races that there’s still another step to do if you want to compete with the top three teams.

“But as a first step, hopefully [McLaren can] consolidate as the fourth team or lead the midfield together with Haas.

“That’s the target and I felt that [potential] in the car as well.”

Alonso started the 2018 season in strong form, finishing fifth in Australia and seventh in Bahrain – despite starting 13th – and was fourth in the drivers’ championship as a result.

However, the aerodynamic limitations of McLaren’s MCL33, which was hamstrung by a problem developing the car in the windtunnel, meant Alonso’s season nosedived.

He believes McLaren is now in a position to consolidate its turnaround in form and make further gains.

“We’ve been working a lot for four or five years in the team, and we never had probably the momentum or never had the continuity on the progress,” he said.

“We had some good starts, some good moments, but never the continuation through the year.

“So, this year, there is a good baseline and a good programme of development.

“It’s going to be a much better season.”

Alonso said last year that McLaren did not improve its car after the Spanish Grand Prix and in Bahrain admitted it was “painful” to suffer that during his final season.

However, he insisted that getting behind the wheel of a better McLaren had no impact on his decision to walk away from grand prix racing.

“If one day I come back in F1, which I doubt because my plan is firmly to stop F1, [it] is if I [can] win a world championship,” he said.

“That possibility is tempting for any driver.

“But to finish seventh, sixth or even fourth, it’s not tempting.”