Fernando Alonso believes that Formula 1 will “always need” DRS with its future technical regulations, and that it will remain a “useful tool” for drivers.

By:
Luke Smith
Co-author:
Charles Bradley
Listen to this article

F1 cars have been fitted with DRS (drag reduction system) since 2011, allowing drivers within one second of the car ahead to open a flap on the rear wing that gives them greater straight-line speed.

While it has increased overtaking, it has also faced criticism for being too artificial and making it too easy at times for drivers to make a pass instead of fighting to get ahead.

F1 will undergo a significant technical shake-up next year as the cars become slower and redesigned with the goal of making them easier to race wheel-to-wheel, reducing the impact of dirty air. Some figures within the paddock are hopeful that the new cars will mean that F1 could scrap DRS in the future.

But two-time F1 world champion and current Alpine driver Alonso believes the series will still need DRS in the future, even with the change in the regulations as it helps improve the on-track spectacle.

“I don’t think so, I think we’ll always need it in Formula 1,” Alonso told Motorsport.com during a visit to Motorsport Network’s Miami headquarters ahead of the United States Grand Prix.

“I know that it provides some artificial overtaking sometimes at different circuits.

“But if we look back, when we didn’t have DRS, the races were much more boring. It was much more difficult to overtake.

“Formula 1 is not like other categories. I think in F1 you’re always struggling to follow closely enough because of the nature of the aerodynamics and how clever all the teams will always be to provide performance.

“So DRS is going to be useful tool, I think, even for the future.” 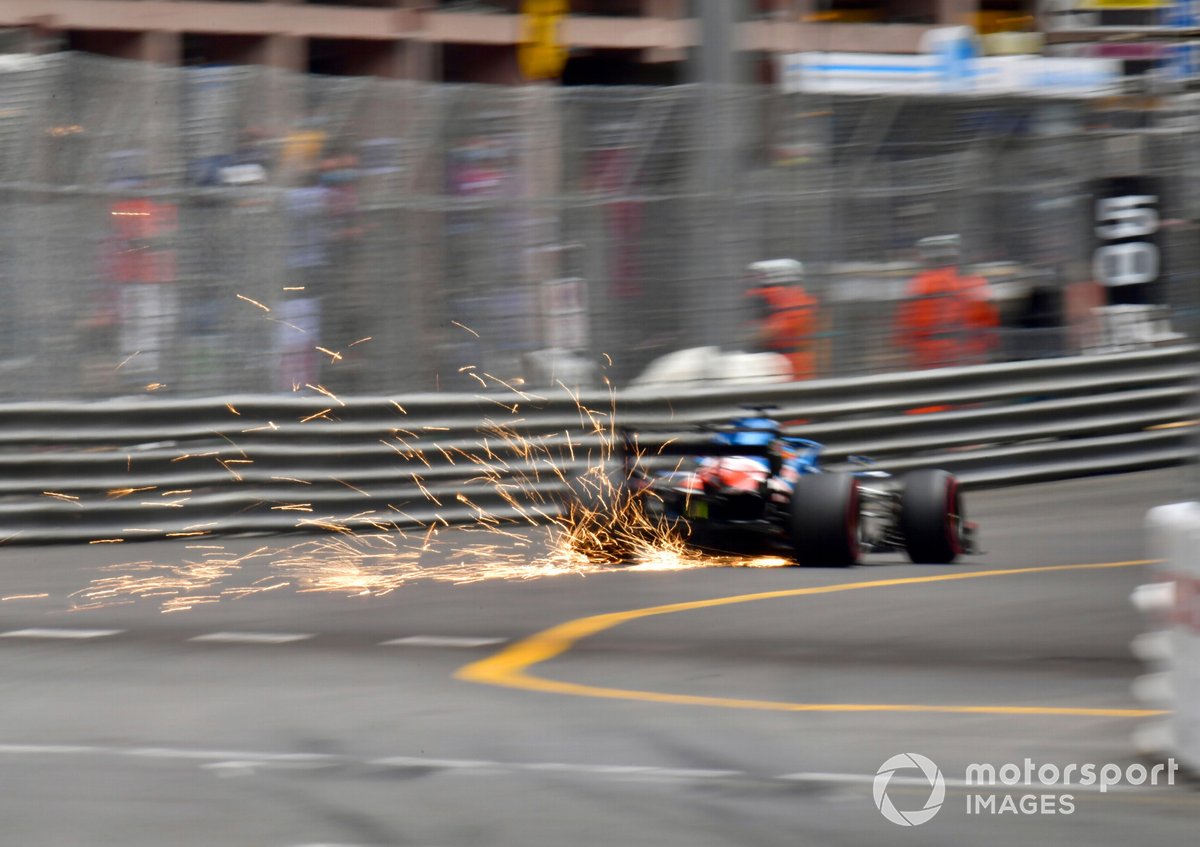 Sparks fly from the car of Fernando Alonso, Alpine A521

F1’s current regulation cycle has just six races remaining ahead of the new rules in 2022, which are aimed to provide a better on-track spectacle.

It will mark another generation of F1 car that Alonso has raced with. Since making his debut in 2001, the Spaniard has raced with V10, V8 and V6 engines, as well as an array of different aerodynamic rulesets.

Asked what had been missing in the V6 era, Alonso felt F1 had needed “better racing and different winners”.

“The Mercedes domination was brutal, in the first three or four years of the V6,” Alonso said.

“And then, from 2017, when Formula 1 introduced the wider tyre and the bigger cars, I think that was a step backwards in terms of racing and being able to follow cars closer.

“We were missing a couple of things [compared to the past] and F1 did learn from these experiences, and I think we’ll have a better 2022 championship.”