Alfa Romeo technical director Simone Resta will leave the team at the end of the month to rejoin his ex-Formula 1 employer Ferrari.

Resta joined Alfa one year ago when it was entered in F1 as Sauber, after establishing himself as an important part of Ferrari's design team.

Heading up Sauber/Alfa’s technical department gave Resta more responsibility and experience but it was not expected to be a long-term appointment.

Alfa has now announced Resta will leave the team at the end of July, with current head of aerodynamics Jan Monchaux promoted to technical director in his place. There was no mention of Resta’s future and has been no communication from Ferrari, but he is understood to be returning to the Maranello team.

Gardening leave requirements mean he will not join the F1 operation this season, but may work on Ferrari’s road-car business before the end of 2019.

The F1 role Resta will take is unknown, him having previously worked as Ferrari's head of vehicle project coordination and fulfilling the responsibilities of chief designer.

Ferrari’s set-up is very different to when Resta left the team and his responsibilities were taken on by his deputy Fabio Montecchi, chief aerodynamicist David Sanchez and former Ferrari GT aero man Enrico Cardile.

Ex-chief technical officer Mattia Binotto is now Ferrari team principal and his previous position was not directly replaced, which could allow Resta to take on senior technical responsibilities. Sanchez and powertrain head Corrado Iotti presently support Binotto on the technical side at the factory.

When rumours emerged linking Resta with a return to the team after Ferrari’s difficult start to the season, Binotto admitted that “we are evaluating him to be back at a certain stage”.

Alfa team boss Frederic Vasseur thanked Resta for the role he played in its rapid progress from the back of the F1 grid to becoming a regular point-scoring team. 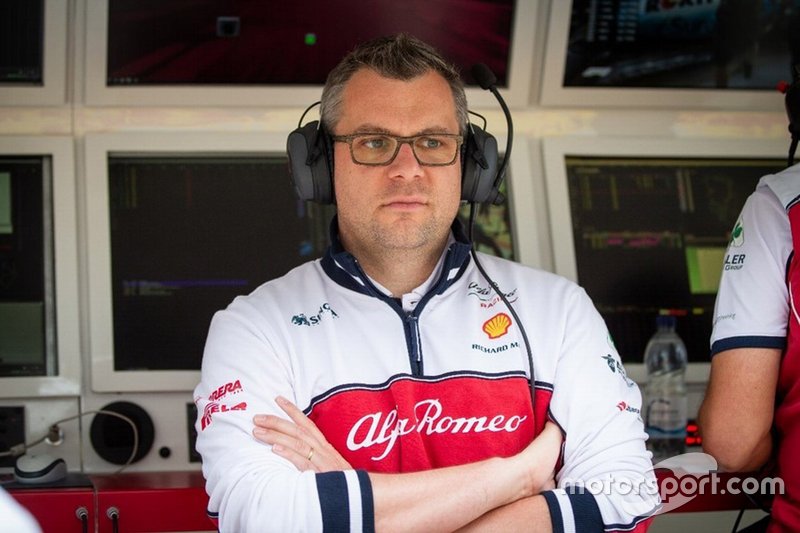 Meanwhile, Monchaux’s succession of Resta at Alfa is a natural move for the ex-Ferrari and Toyota F1 aerodynamicist.

Like Resta, he joined in 2018 when the team was operating under the Sauber name, becoming head of aero after fulfilling the role at Audi for its LMP1 programme.

“I want to thank Simone for his contribution to the progression of the team and I wish him all the best for his future appointments,” said Vasseur. “As for Jan, I am delighted to have him step up to the role of technical director.

“He has done a brilliant job so far and I am confident he will be able to lead our technical group as the team continues its upward journey.”

Monchaux added: “The owners, board and team principal are sending a simple but strong message to the whole company – they value continuity and believe in the existing team and the work we have been doing. It is now up to us to prove them right, but I am convinced our future is bright.”