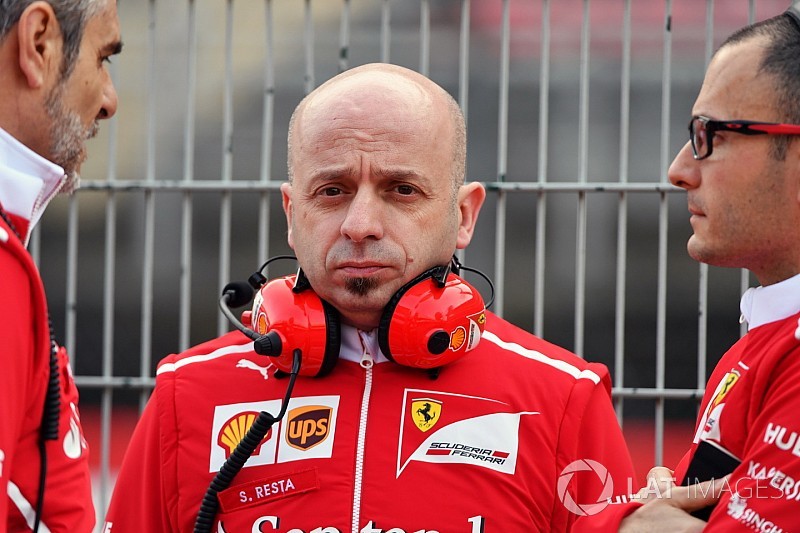 Ferrari's long-serving chief designer Simone Resta will leave the team at the end of this month to join Sauber as its technical director.

Resta's official job title at Maranello was head of vehicle project coordination, but he has fulfilled the role of chief designer since the end of 2014.

He originally joined Ferrari in 2001, working in various design and R&D roles. He began his F1 career with Minardi in 1998.

Sauber recently split with its technical director Joerg Zander and team principal Fred Vasseur hinted that he was set to make some big-name signings in the near future.

Resta will take up his new position on July 1, and report directly to Vasseur.

Speaking about the move, Vasseur said: "Simone Resta has the best profile to take on the role of technical director.

Resta's departure comes in the wake of Ferrari signing FIA safety chief Laurent Mekies to a senior technical role, with him due to start in September.

Ferrari stated initially that Mekies would take on an unspecified role but would report directly to Ferrari's technical director Mattia Binotto.