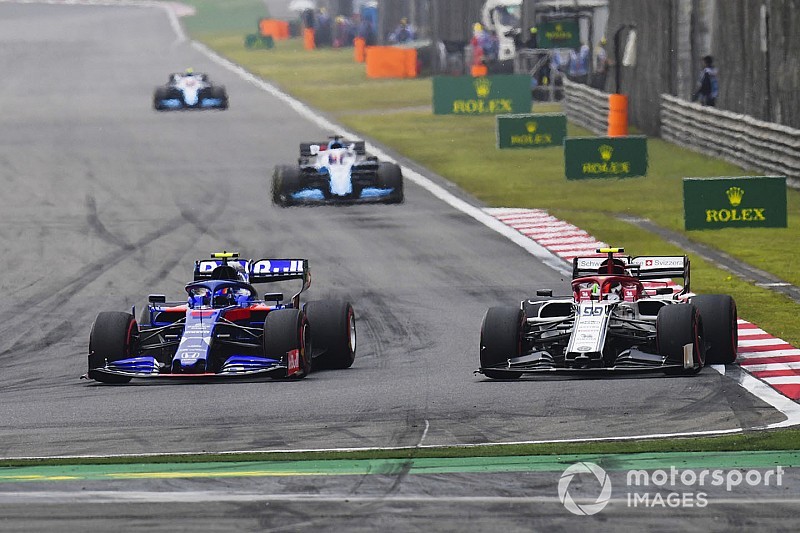 The Toro Rosso rookie was voted the 'driver of the day' after a fine race drive to recover from a pit lane start, following his FP3 crash.

Competing in only his third Grand Prix, the Anglo-Thai racer completed a comeback drive that belied his lack of experience.

His free practice three session ended with a crash in the barrier on the exit of the final corner, which ruled him out of qualifying. His rebuilt Toro Rosso had a change of survival cell, which meant he had to start the race from the pit lane.

Deploying a one-stop strategy, he finished ahead of the two Haas' of Romain Grosjean and Kevin Magnussen, Racing Point's Lance Stroll, Alfa Romeo's Antonio Giovinazzi (who also started from the back) and the two Williams.

Such was his strong pace in the opening stint, he emerged from his only pit stop twenty seconds away from a point-paying position. Taking advantage of his brief spell on fresher tyres, he reduced this gap and profited from the drivers making second pit stops.

Listen: Stuart Codling and Edd Straw review the Chinese Grand Prix – the 1000th race in the history of the world championship.

There was to be a fightback from Grosjean, who was catching in the final laps, but the 23-year-old held his nerve and denied the Haas driver the final point.

Albon seemed to be surprised to win the driver of the day accolade, but added - in a refreshingly honest and self-deprecating style - that he thought he had been the "worst driver of Saturday".

Whilst the lack of drivers in the Red Bull driver academy may have been a minor factor in his recall to the team, his form at the start of the season has been impressive, and he's now 2-1 up against team-mate Daniil Kvyat in both qualifying and the races.

Added to this, he's the F1 rookie with the least testing experience prior to securing a race seat.

A continuation of this form could make him a candidate at Red Bull Racing in the future, particularly if Pierre Gasly continues to struggle to match Max Verstappen.

Do you think Albon will win the battle at Toro Rosso in 2019? Do you think he could challenge for a Red Bull seat in the future? Leave your thoughts in the comments section below.