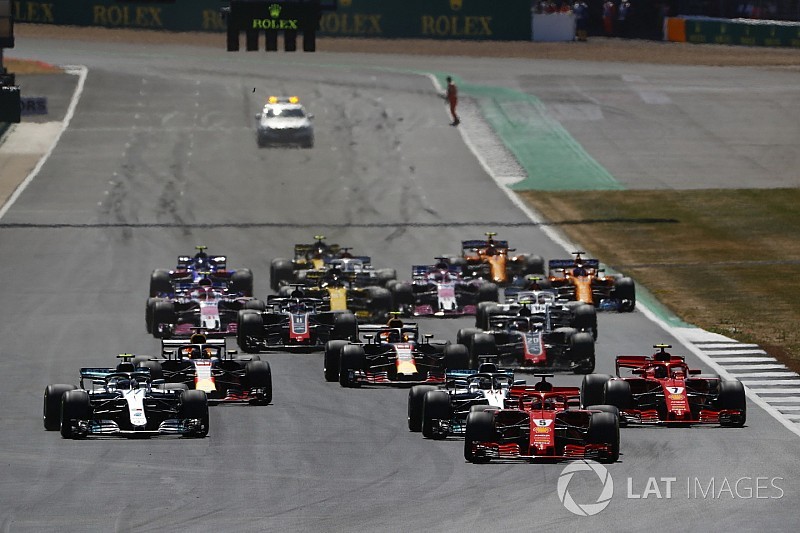 Renault Sport Formula 1 boss Cyril Abiteboul believes grand prix racing would benefit from an "aggressive" cull of races that reduces the calendar to as few as 15 races.

F1's calendar matched its all-time high of 21 grands prix this season, including an unpopular maiden triple-header.

There have been suggestions the season could feature 22 or 23 in the near future, with new races targeted in the United States and Asia.

"We need to convey a message of pride, of motivation, of energy. With the calendar that we have now, the enthusiasm is not the same as when we were only traveling 15 times per year.

"If we don't have that energy, it is going to be very difficult to convey that externally.

"It is almost becoming routine. It should not be a day-to-day job. We've tipped that balance, so we need to be extremely careful.

"I appreciate the reason why, commercially we need to grow the calendar, but as far as I'm concerned, I would be for a massive contraction of the sport."

Abiteboul said "between 15 and 18" races would "massively increase the value".

"If you were to go very aggressive and say 15 races, you have to tell the 21 races you have right now, 'Look guys there are going to be six of you that will be dropped: compete'," he added.

"You completely reverse the pattern of the market. It would be very interesting to see the reaction.

"I understand it would be a gamble, that it is not something within the current set-up of Formula 1, that acquires more money every year, more people, more tracks, more prize-fund, more of everything.

"But at some point there will be a crunch time and maybe we will see if we can switch the balance."

Some of F1's smaller teams have suggested they would need proof of a commercial gain to support an expanded calendar.

Haas team principal Gunther Steiner said: "To go to races costs us and F1 a hell of a lot of money, so they need to make sure we have income as well, not just expenditure," he said.

"Just growing it for the sake of growing it, there is no point. The balance is between 20 and 22 races maximum. Going over, there is no return for it."

"More races mean more revenue and if I can have one and a half or two race teams and I get paid by Formula 1, I'd certainly consider it," he said.

"But if things stay the same, then I think more than 21 races and these triple-headers are just too taxing for our engineers and mechanics and all those involved in the race team."