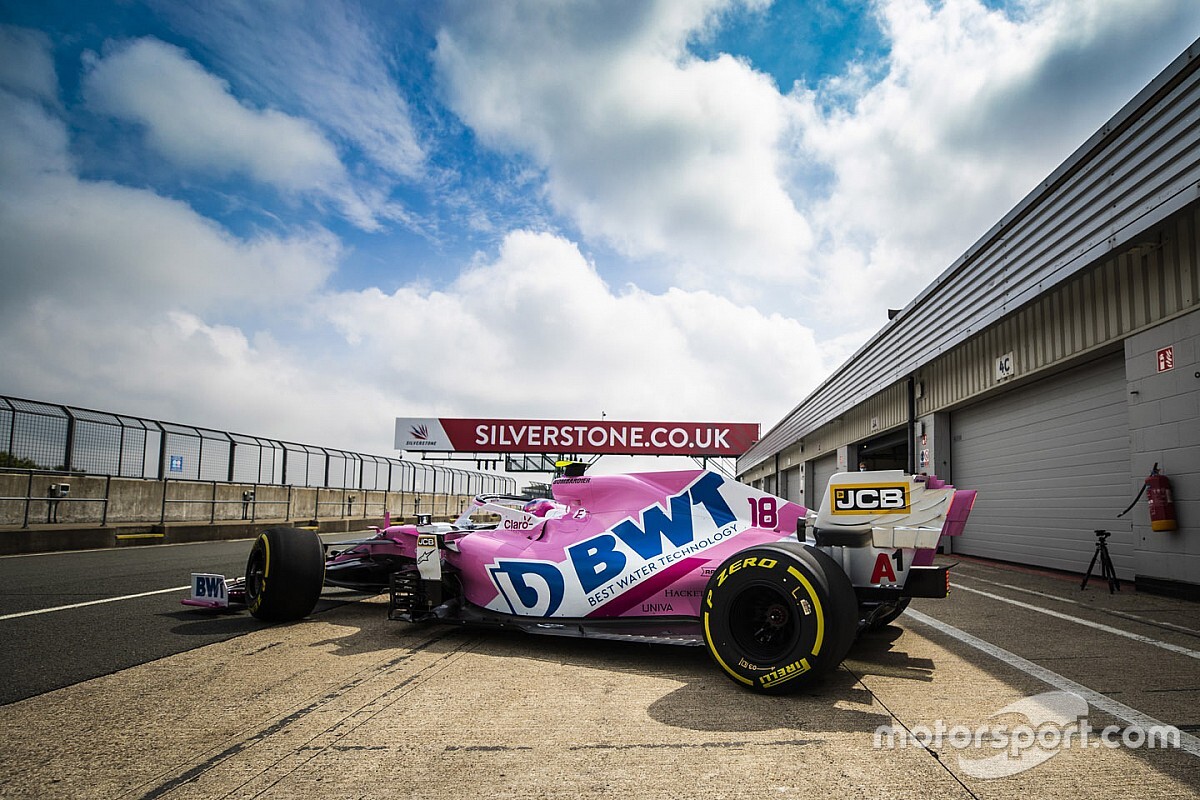 Racing Point Formula 1 technical director Andy Green says a seemingly minor change to the floor regulations for 2021 will require a "front to back" reworking of the current aerodynamic package.

The change was agreed during the shutdown as a way of reining in downforce levels for 2021.

The aim is to ensure that Pirelli's current tyres can be used until the end of next season by in effect cancelling out the usual year-on-year increase in downforce.

Aero research by Racing Point since the shutdown ended has indicated that the change has altered the flow structure over the car to such extent that it will trigger a completely new package for the 2021 season.

"We've taken a slice of real estate out of the floor in front of the rear tyre," said Green.

"It takes a really large hit aerodynamically to a point where I would be surprised if anybody was able to develop their way out of it in the time we have available for 2021. So I fully expect 2021 cars to be slower than 2020 cars.

"It's a huge change, believe it not. A small change relatively speaking to the floor has had quite a significant impact on the performance of the car.

"So it became quite clear that our focus has to turn quite quickly onto 2021 because of that. There isn't going to be a significant amount of aerodynamic carry over from '20 to '21. Mechanically yes, but aerodynamically probably not."

Green said some teams had hoped for a change that didn't have such a crucial impact on the flow structure.

"We didn't want a change that was going to significantly change the flow structure on the car. Unfortunately, the change that's come through does do that.

"It's the same for everybody, I don't think anybody's got an advantage or disadvantage relatively speaking compared to other teams because of this change, I think we're all in the same boat.

"It's just never nice when you do a change to a car and get a very large hit, and you realise that it's not a small development."

Due to the shutdown F1 teams were not able to run their own simulations during the discussions about the change – hence the surprise when that work was done.

"When we decided on the change we weren't allow to do any simulations on a current car, the simulations were coming from F1 with their modelling. It wasn't until we got back from the break and started to look at it we realised how big a change it was."

Green says that the aero development on the 2020 car is compromised because the team has to do as much work as it can now for 2021.

That work has to start early because on January 1 the rules allow teams to finally switch their focus to the all-new 2022 car, so that will have to take priority.

"Obviously we've got new restrictions in aerodynamic testing that we're now working to, there was a 20% reduction that everyone agreed to once we came back from the shutdown, and we've got an ever bigger reduction when we get to January 1.

"For sure January 1 is going to be the time when our sights change across to 2022.

"We've got a certain amount of development [for 2021] that we can use up to December 31, and I think the teams that are most efficient are going to get the biggest gain from that."