The Abt Cupra Extreme E team has announced it will continue in the electric off-road championship in 2022.

While this commitment has been expected, there is uncertainty over the driver line-up.

The 2001 Dakar Rally winner Jutta Kleinschmidt is set re-sign for the team; the former Extreme E official reserve driver having come out of retirement when she stood in for a sick Claudia Hurtgen in Senegal before her full-time deal.

But there is less of a guarantee that two-time DTM champion Mattias Ekstrom will continue.

This follows his hectic 2021 season, in which he was crowned the inaugural Pure ETCR champion for Cupra in addition to his Extreme E campaign plus World Rally and World Rallycross cameo appearances.

The 2016 World RX champion will add the Dakar Rally into the mix in 2022, as the 43-year-old Swede will drive the all-electric Audi RS Q e-tron machine in an all-star line-up that features former X-Raid Dakar drivers Stephane Peterhansel and Carlos Sainz Sr.

With the Dakar scheduled to run over the first two weeks of next year, Ekstrom’s decision whether to continue in Extreme E will likely wait until after the event.

Abt chief executive officer Thomas Biermaier said: “As much as we enjoyed the first season of this new motorsport adventure Extreme E is ‘unfinished business’ for us. 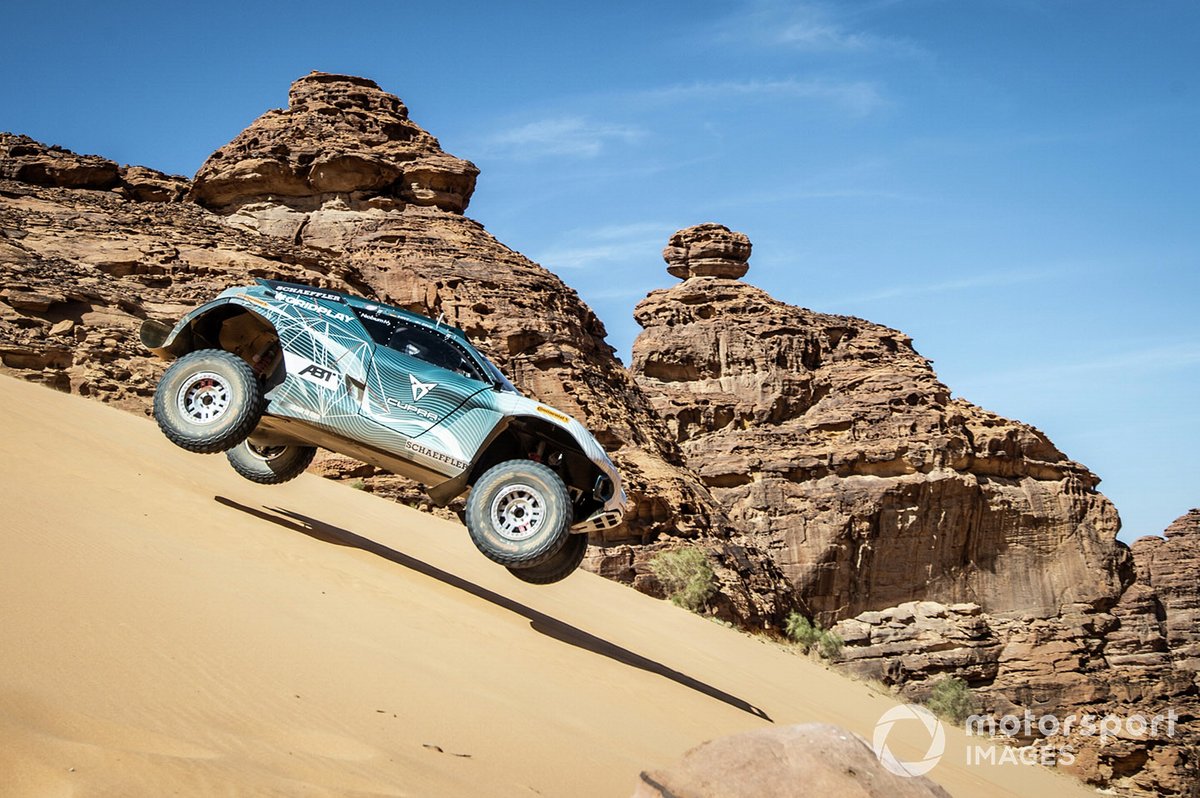 “The ambition of Abt and also our partners is to win races and fight for the championship.

“We didn’t manage that this season for a variety of reasons, so I’m already looking forward to attacking again in 2022.”

Next season’s Abt Cupra machine is set for a heavy facelift to make use of the championship’s freedom on bodywork styling.

Motorsport.com understands the revised panels will be almost identical to the Tavascan concept shown off earlier this year.

Abt Cupra ranks fifth of the nine teams ahead of the 2021 season finale in Dorset, UK.

While finishing as runner-up in the most recent Island X-Prix in Sardinia marked a high point, a litany of reliability issues and Hurtgen’s massive crashes in Saudi Arabia means the squad sits 46 points shy of current leader Rosberg X Racing ahead of this weekend’s season finale.