Extreme E has mandated that the teams' female drivers must take the race start in the season finale Jurassic X-Prix this weekend in the latest adjustment to the race format.

For the first four rounds of the inaugural campaign of the all-electric SUV off-road racing competition, it has been the prerogative of the nine teams to decide their starting driver.

But for the event at the Bovington tank proving ground in Dorset, UK the line-up has been imposed for each session as a result of a change to Article 21.6 of the sporting regulations.

The new rules mandate that the starting driver must alternate between sessions, with the male driver first out in Thursday shakedown before the female starts in afternoon practice.

This carries through qualifying and into the five-car event finale, for which the rules state that "for avoidance of doubt, it is mandatory the female driver starts the final."

This change arrives in tandem with the first-ever three-lap runs of an Extreme E course, with the usual two-tour heats scrapped due to the short nature of the 2.36-mile Dorset circuit.

That compares the usual near-five-mile layouts used for the previous rounds in Saudi Arabia, Senegal, Greenland and Sardinia.

As a result, the starting driver from each pairing is required to complete two laps before handing over to their teammate for the final one-lap sprint.

Giving her reaction to the tweaks, returning Veloce Racing driver Jamie Chadwick – returning to the series after clashes with W Series, in which she wrapped up a second title – told Motorsport.com: "I don't think there will be a strategy to who takes the two laps. 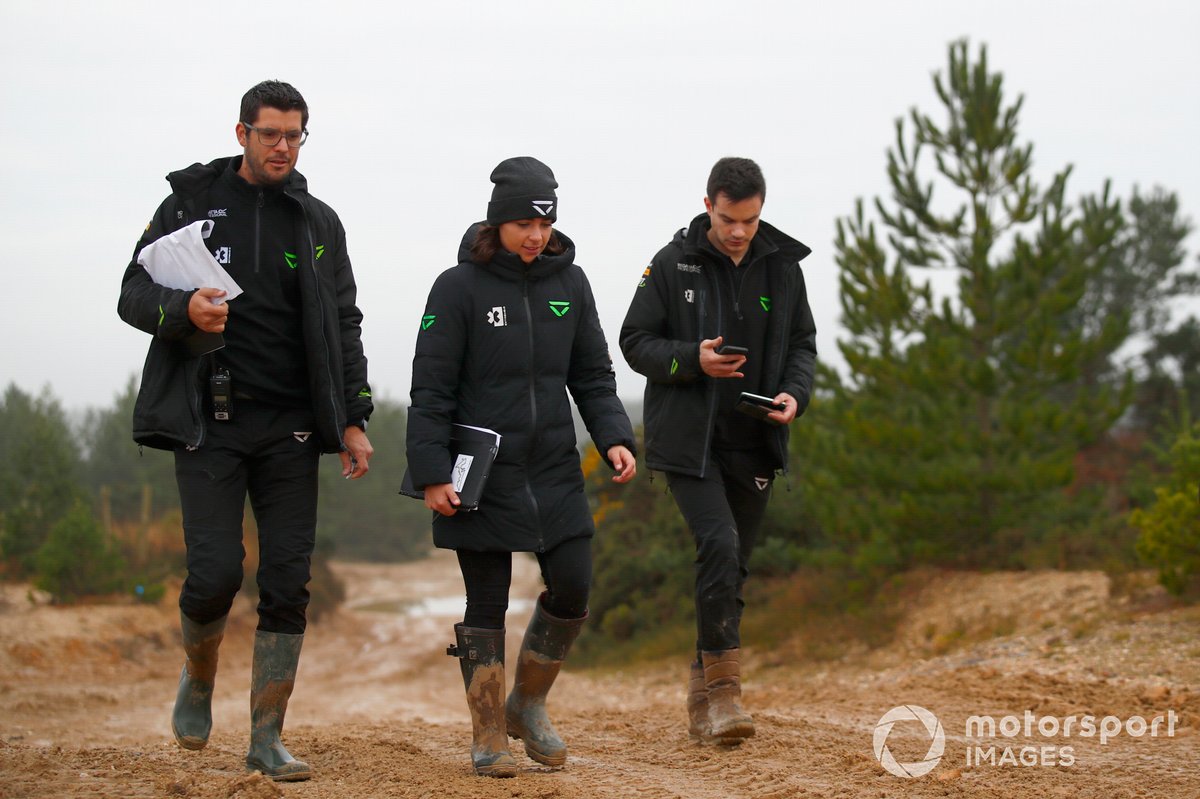 "The starting line-up has already been declared, so I think it'll work itself out. But it'll be good to get a few more laps under our belt as it's much shorter than we're used to.

"Females doing the two laps in the final will be good, but we need to aim to get there first!

"Track position will be key, so I'm expecting it to be interesting."

While a mild and dry weather forecast has been given for the Jurassic X-Prix, the course is notable for its massive puddles of standing water.

Poor natural drainage on the site has created thick, muddy sections around the start of the lap – but this soft clay is expected to reduce the forces running through the suspension and steering arms, which have so far proved fragile.

The course lap has also been largely predetermined, with the Odyssey 21 E-SUVs sticking to tracks run by the tanks.

A 17-waypoint stretch commences with a wide downhill run before it narrows through two 90-degree turns and then a tree-lined single-file route.

The standout feature is the 5.4-metre 'Knife Edge' slope with a 23-degree incline before a choice of two courses to the finish.