Cupra has taken advantage of the flexibility written into the bodywork design regulations in Extreme E to unveil its Tavascan Concept car, which will incorporate sustainable materials to radically revise the look of its Odyssey 21 E-SUV.

While the hardware of the standardised machine - namely the battery, motors and invertor - are currently locked in as part of cost control measures, the championship does allow scope for manufacturers to modify the design of their cars to better resemble respective road car offerings.

That has allowed Cupra to overhaul its e-Cupra ABT XE1 challenger, used for the inaugural Extreme E season in 2021, to preview the designs of future production SUVs. Namely the forthcoming Tavascan, which will become the manufacturer’s second all-electric vehicle.

The most notable changes to the standard car include new three-pointed light clusters at the front and a more profound redesign of the rear clamshell that now resembles a sloping fast-back.

These bodywork modifications also pave the way for Cupra to construct the parts using 3D printing and the widespread use of flax fibres. The latter replaces carbon fibre components to increase the sustainability credentials of the construction without impacting performance.

This technology, which can be transferred over to the manufacture of production road cars, allows parts to be printed in six hours and does away with cumbersome tooling to ease any repairs or tweaks required by the limited on-site crew at Extreme E events.

Antonino Labate, the director of strategy, business development and operations at Cupra, said: “We strongly believe in the Extreme E project as a whole.

“Electrification, sustainability, gender-balance and diversity are common values between CUPRA and Extreme E.

“The CUPRA Tavascan Extreme E Concept is clear proof of the hard work that we’re doing at CUPRA in order to be able to compete next season.” 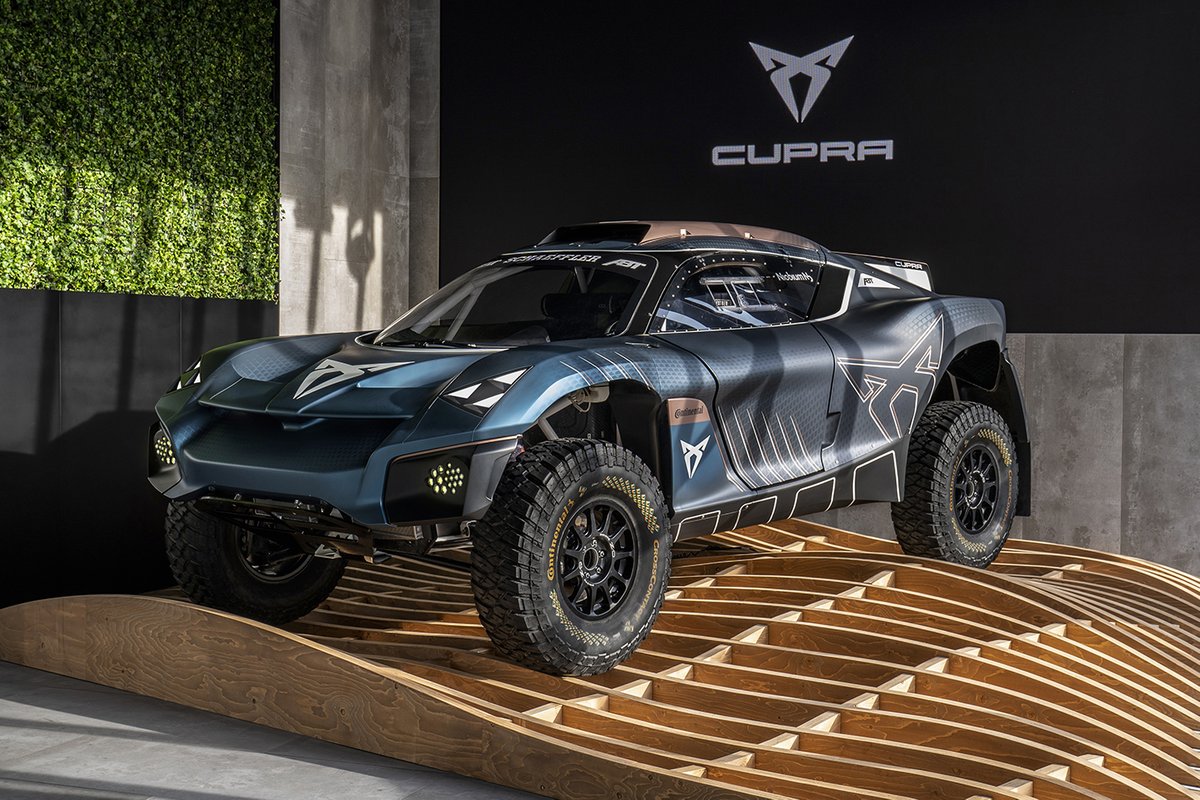 Cupra, running in partnership with the Abt race team, became the first manufacturer to commit to Extreme E, but initial plans to modify the look of its Odyssey 21 were put on hold due to supplier delays brought about by the global health crisis.

Xavi Serra, Cupra Racing’s head of technical development, added: “The Cupra Tavascan Extreme E Concept is the next evolution of our all-electric off-road racing car with even more CUPRA DNA and a design hints at the brand’s future direction.

“But it also delivers technical advancement too.

“The CUPRA Tavascan Extreme E Concept uses flax fibres throughout the bodywork to improve sustainability and 3D printed elements that can be quickly recreated to keep the racecar out on the track.”

Kleinschmidt said of the Tavascan Concept: “[It] is looking incredible and in addition to being fully electric, it is now even more sustainable, using recyclable and organic materials such as flax fibres.

“I cannot wait to compete with this newly designed version.”

Abt chief executive officer Thomas Biermaier added: “Almost exactly a year ago, we announced our partnership with CUPRA and presented the design of our e-CUPRA ABT XE1.

“Since then, we‘ve generated a lot of attention together - on and off the track.

“The development of the own bodywork by the designers and engineers at CUPRA is the next step in our close and successful collaboration.

“Now it’s our job to take the first trophies with it soon.” 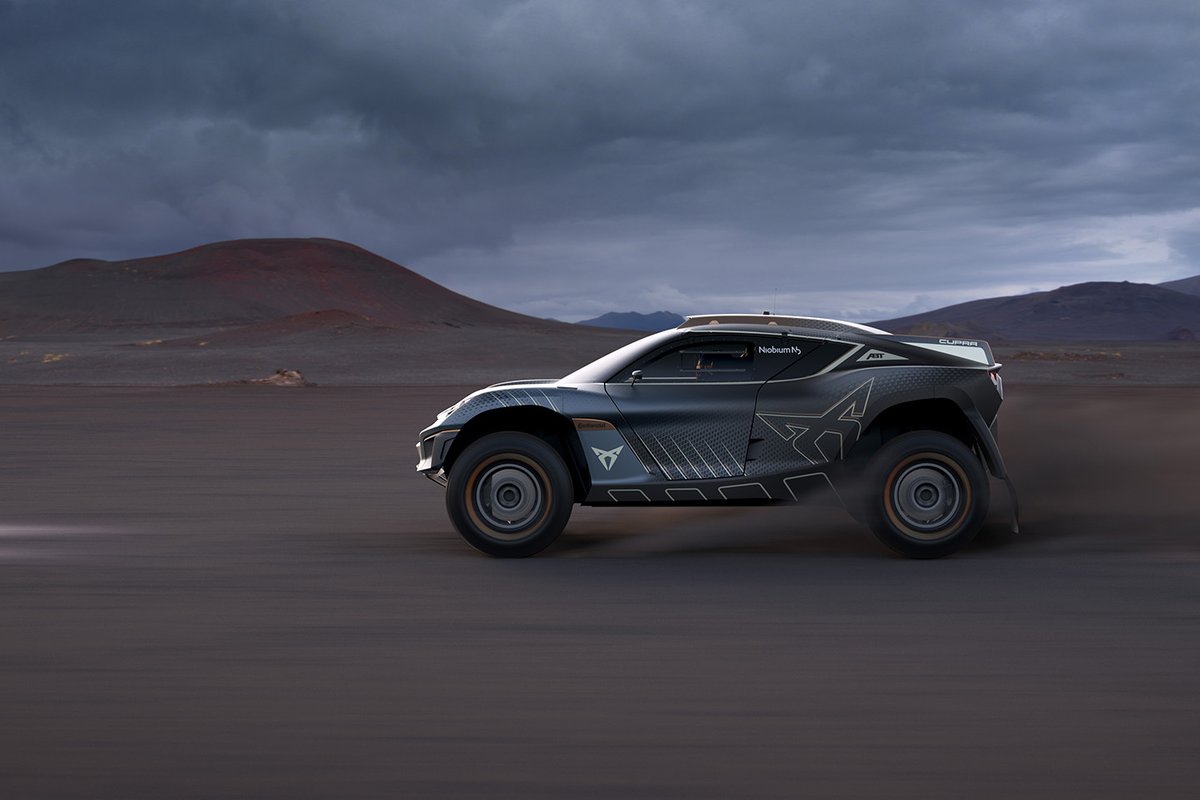 An example of the Cupra Formentor e-Hybrid also travels to all Extreme E race locations aboard the RMS St Helena, which is used to ship all cargo to each event.

Championship co-founder Alejandro Agag said: “I am delighted to see Cupra launch the Tavascan Extreme E concept as it enables it to become the second manufacturer to use its own bodywork for its Extreme E team.

“This move not only injects added style and personality into the series, but also supports our goals for Extreme E to prove itself as a global marketing showcase for partners, as Cupra prepares to launch this model to consumers in the future.

“Congratulations to this future thinking and highly visionary team, the Cupra Tavascan Extreme E is a truly stunning design and I can’t wait to see it make its racing debut in Extreme E.” 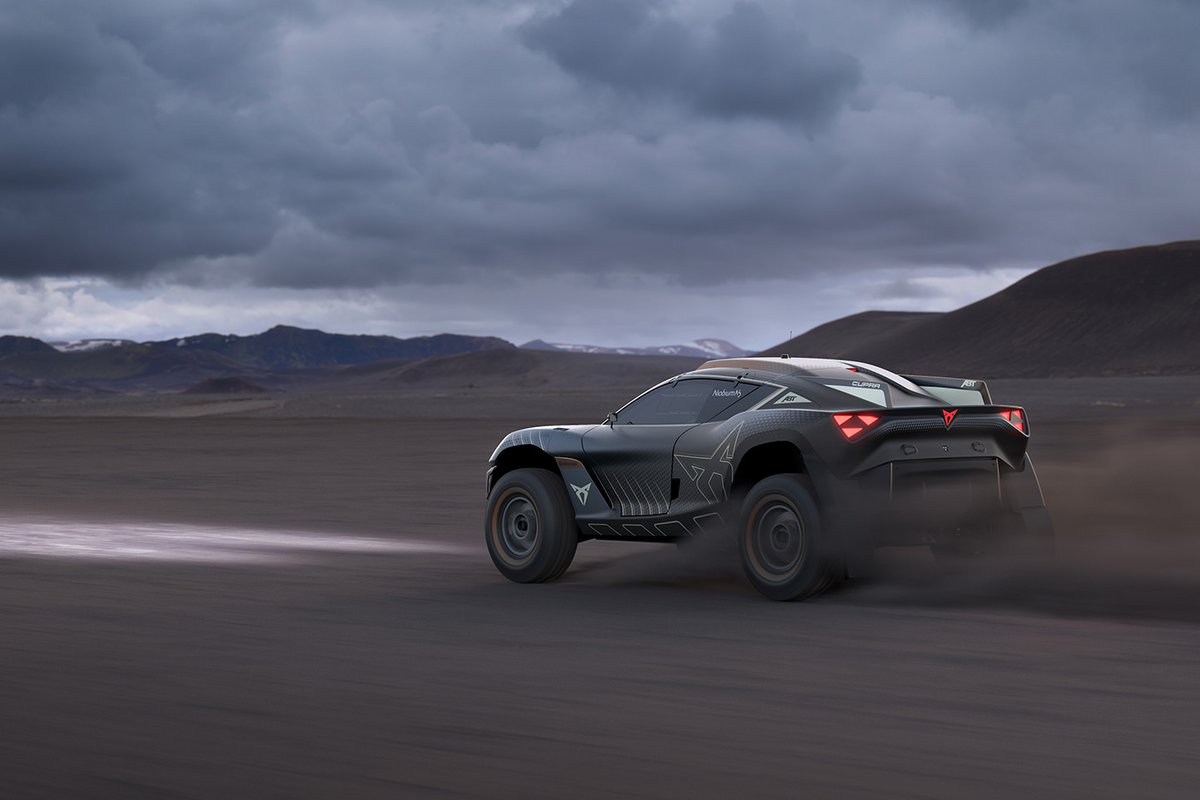