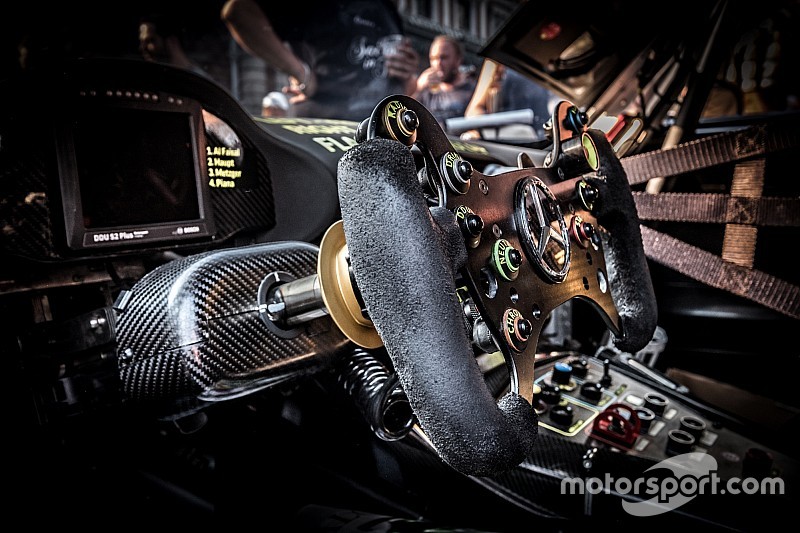 An in-car warning system will be fitted to every car racing at the 2019 Bathurst 12 Hour, in a bid to ease safety concerns across the top of the Mount Panorama circuit.

In a first for a Bathurst race, it will be mandatory for every car in the field to be fitted with an in-car warning system for the round-the-clock enduro.

The system will work through the Motec Balance of Performance set-up, with race control able to activate lights indicating yellow for a Safety Car and red for a race stoppage.

The introduction of additional safety measures comes after a full investigation by the Supercars Commission in reaction to the sickening crash involving John Martin and Ash Walsh between Sulman and McPhillamy parks at last year's 12 Hour.

The shunt, which effectively put an end to the race, highlighted the need for an additional warning system through the high-speed, undulating mountains section of the Bathurst circuit.

"This system will be a first for Mount Panorama," Bathurst 12 Hour sporting director David Stuart said.

"The technical team at Supercars has worked hard to ensure the system is fully functioning and reliable for implementation this year and we know it will add a great deal to the safety of all competitors.

"When it comes to incidents at any circuit, but especially one with the challenges that Mount Panorama presents, there are no certainties however this will be another tool for race control to utilise and deploy in the event of an incident during the weekend."

Supercars officials will monitor the effectiveness of the system over the 12 Hour weekend to assess whether it could be used at the Bathurst 1000 or during other Supercars Championship events.

24h Nurburgring - On the Dottinger Hohe