Mercedes driver Arjun Maini believes DTM drivers will have to overcome an increased “fear factor” as they tackle parts of the Lausitzring’s oval layout for the first time in the series’ history.

For this weekend’s visit to Lausitz, the DTM has decided to incorporate the first corner of the tri-oval that hosted two rounds of the CART (later Champ Car) series in early 2000s.

That means instead of taking a sharp left turn following the main straight, the drivers will continue straight into the first corner of the banked oval, skipping the opening sequence of slow-to-medium speed turns.

This will then lead to the back straight that forms part of the grand prix layout, before drivers peel left into what was originally known as Turn 6 to take on the second, longer infield section.

It wasn’t until the start of this month that the DTM announced that it will employ a hybrid layout for this year’s Lausitzring event, creating potential headaches for the teams who only have data from the grand prix version of the track that was used for pre-season testing in May.

Maini expects the Lausitzring to pose a new challenge this year for the drivers, who have little to no experience of driving on oval tracks that are primarily found in North America.

“I did a very little bit [of driving] on an amateur sim just to see what it feels like but it's different in the sim because the main thing about the high speed and the fear factor of the wall being there,” Maini told Motorsport.com.

“If you lose the car you see what happens in ovals, it can be a lot of damage.

“I think the fear factor is always missing on the sim and this should be even higher in the oval section, approaching at such high speeds and trying to turn flat out, maybe a lift in the middle of the corner.

“I’m a big fan of it to be honest,” said van der Linde. “It is something that really sets the DTM apart again.

“For the drivers it’s a big challenge now because we haven’t been testing there so FP1 will be important for all of us.

“In my opinion it latches onto what the guys in the US are doing. I’m a big fan of the NASCAR stuff, the kind of stuff they do with NASCAR kind of driving on the dirt.

“We need these kinds of ideas to boost the show and attract more young fans and that’s what the DTM is doing. I’m a big fan of it, I think the racing would be good.

“I played a couple of laps on the simulator, it is going to be just about flat Turn 1, at least in the simulator, maybe in real life you need a bit more balls to do it flat but we are going to try to see.

"It probably won’t be flat in FP1, but I’ll try to go all in and hope to be a successful one.” 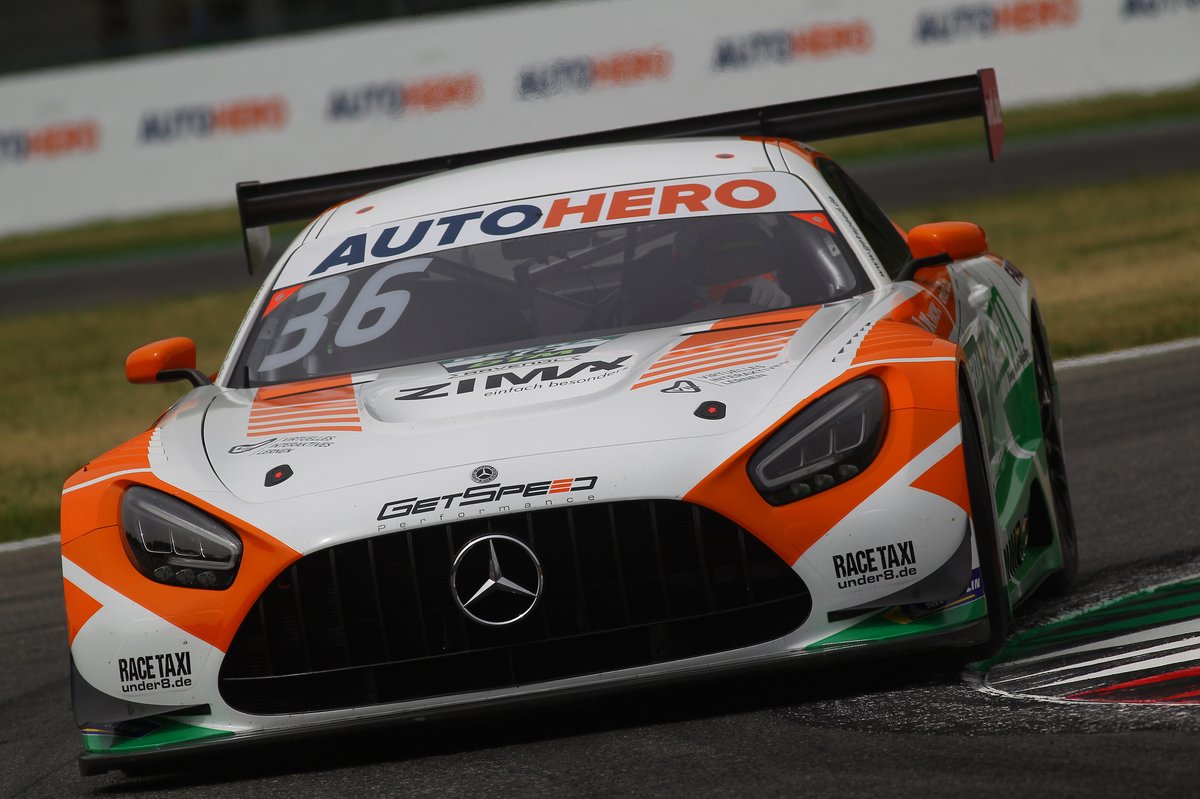 A newcomer to GT3 racing, Maini was fighting for points in the second race at Monza when he was forced to park his car in the garage with technical issues.

The Indian driver says he and GetSpeed will primarily be focusing on their one-lap form at the Lausitzring, having qualified 13th and 14th for the two races last time out, eight tenths off the ultimate pace in qualifying.

“I think we need to make sure that we get a good qualifying in because I think our race pace has been there or thereabouts, both myself and the team,” said the former F2 driver and GP3 race winner.

“If we make sure we get a good run in qualifying that changes everything because you have track position and in these sprint races track position is so important.

“If it was a three-hour race you have so much to make up for the races, but in these it's very difficult to make up places when everyone is so evenly matched in the DTM as it is. So I think qualifying is key and that's where we need to put all our efforts in.”

Lausitzring DTM: Start time, how to watch and more