The disparity in performance between different manufacturers in DTM pre-season testing has prompted discussions regarding the true performance of the cars, with many questioning why Audi and BMW were so far off the pace.

By:
Sven Haidinger
Translated by:
Rachit Thukral
Listen to this article

The DTM field convened at the Lausitzring last week for a final three-day test prior to the start of the new campaign in Monza in June, and as was the case at the previous test at Hockenheim, Mercedes appeared to be a class apart from the rest of the field.

Haupt Racing driver Maximilian Gotz set the pace on each of the three days, ending the test quickest of all with a time of 1m42.744s. The two Red Bull-backed Ferraris finished second and third overall in the hands of Liam Lawson and Alex Albon, with Mercedes-AMG GT3s occupying the next four spots in the combined order.

Kelvin van der Linde was the best driver among the Audi contingent in eighth, six tenths down on Gotz, while the top BMW of Marco Wittmann was nearly two seconds off the pace in 17th, only ahead of fellow M6 runner Timo Glock. BMW’s poor showing was only partially down to the Walkenhorst and Rowe Racing teams missing the final day of testing, as even on Wednesday the gap to the front runners was about one second.

The DTM employed a Balance of Performance (BoP) at the Lausitzring test developed by series partner AVL Racing. The goal wasn’t to have the cars perfectly balanced already, and the BoP will be honed further ahead of the first round of the season. However, the times set by some of the cars weren’t exactly in line with what was expected of them under the current BoP.

The Audi R8 LMS, for instance, was given several performance breaks compared to the conditions imposed by the ADAC GT Masters series, which uses an SRO-determined BoP.

At last year’s Lausitzring round, Audi was carrying a minimum weight of 1320kg and hence was only 10kg lighter than Mercedes’ GT3 car. At the DTM test, the minimum weight was lowered to 1275kg, giving it a 45kg advantage over the Mercedes.

It was therefore surprising to see Audi off the pace at Lausitzring when it is known to be competitive in GT Masters and other SRO-sanctioned championships. So, was the Ingolstadt brand trying to conceal its true pace to influence the BoP for Monza?

"You have to drive at full speed," Team Rosberg Audi boss Kimmo Liimatainen said, denying those suggestions. "The AVL people are not stupid and have access to the data. They can see when someone is cheating."

However, according to Motorsport.com’s sister title Motorsport-Total.com, there are still loopholes to give a wrong impression to BoP makers - even with all the sensors placed on the cars.

For example, certain components such as the brake blocks can be made to a different specification to disguise the true performance of the cars in testing. Drivers, too, can avoid taking kerbs - although this can be detected using onboard cameras. 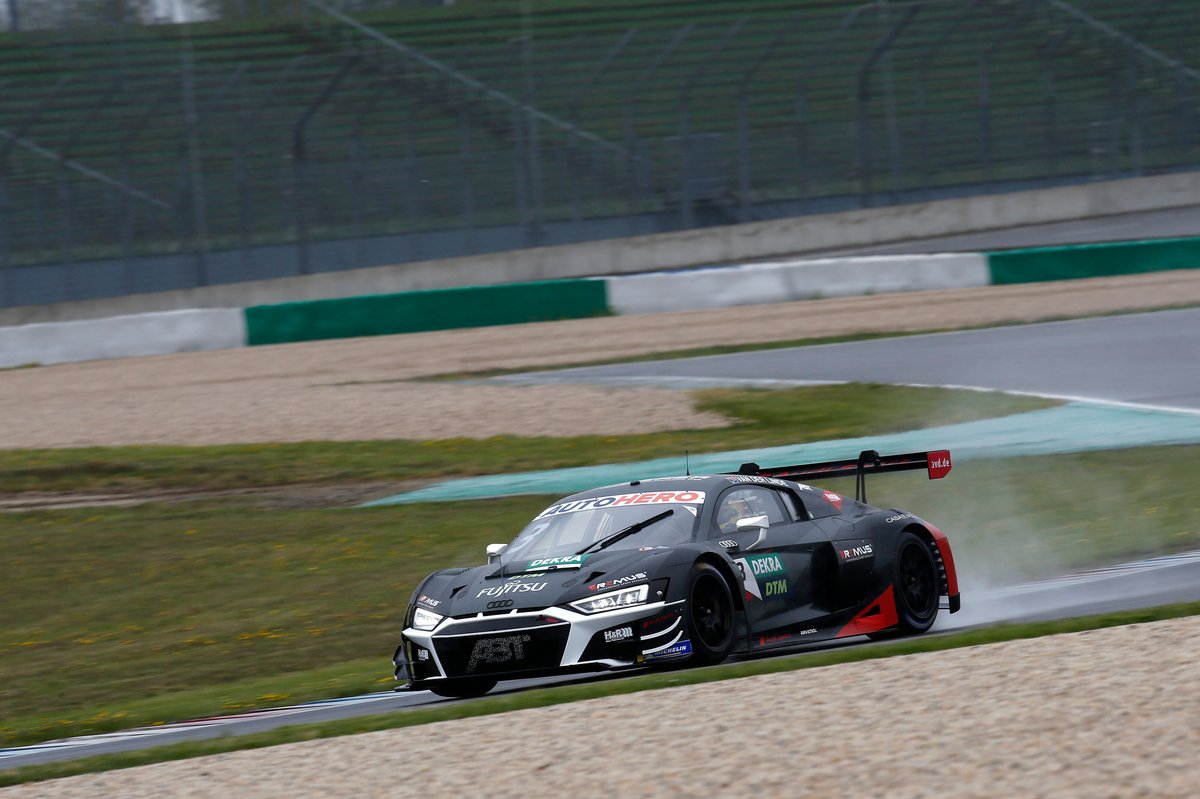 However, it struggled in the tricky middle sector which requires high downforce. While Lawson recorded a best time of 38.265s through that passage in his Red Bull-liveried Ferrari, van der Linde couldn’t go any quicker than 38.970s on any of his four flying laps during the BoP run.

It must be noted that DTM rookie and Team Rosberg Audi driver Dev Gore, normally at least a second slower than van der Linde across a full lap in testing, was only a thousandth of a second slower than the South African in sector two during the same BoP run. This suggests that van der Linde’s lap of 1m43.737s was not representative, even more so when you consider he managed a time of 38.622s in sector two outside the BoP run.

Hence, it’s reasonable to expect a lap time of 1m43.025s could have been possible, which would have put him third in the BoP run behind Gotz and Albon’s Ferrari.

"The people from AVL don't just look at the times of the BoP run," said Biermaier. "If Kelvin was two tenths faster in the middle sector two hours earlier, then they will take this sector time. And then the difference is not six, but two or three tenths." 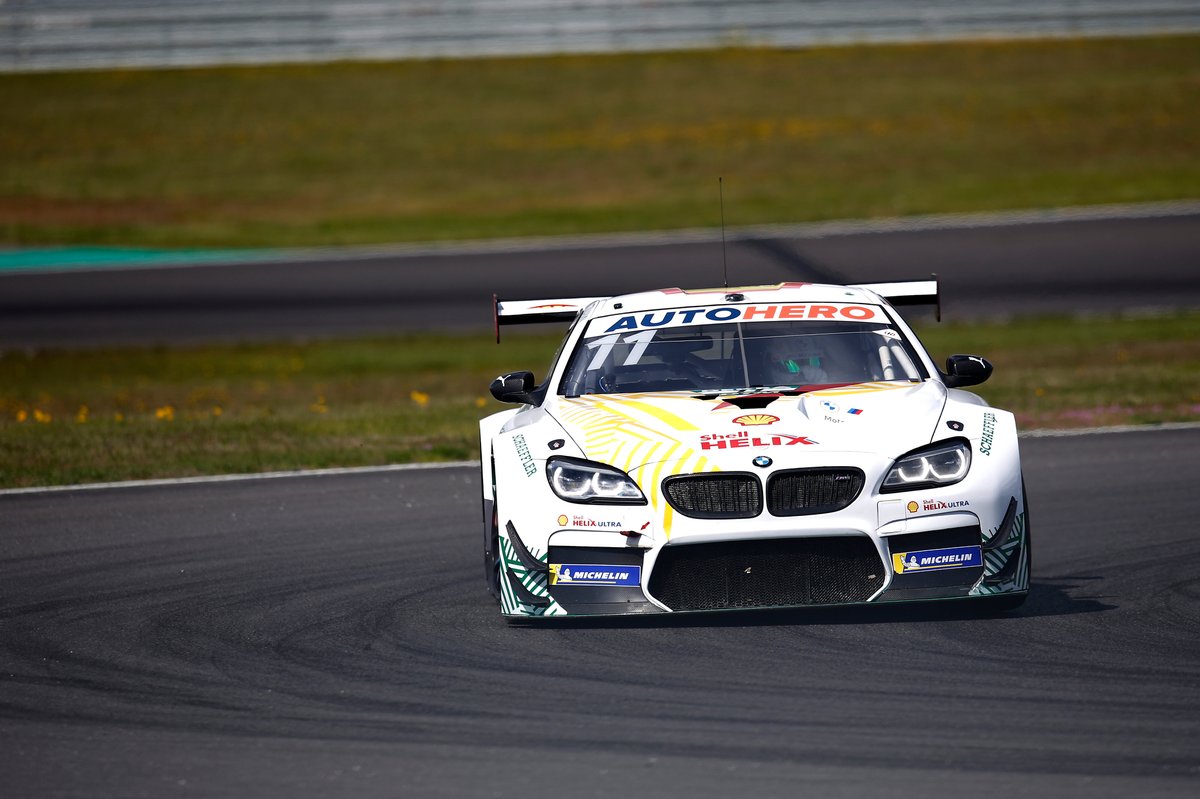 Two-time DTM champion Wittmann ended the BoP run 0.997s off the pace in the Walkenhorst BMW. His best time from the test was 1.850s slower than Gotz, which is a bigger gap than should ordinarily be possible when BoP is applied.

This wasn't down to any changes in the turbo settings made on behalf of AVL, as both Ferrari and BMW were running the same boost pressure during the entire test.

"The balance of performance is not exactly beneficial for the M6 ​​GT3, but the car should still have more potential," said an insider about BMW’s lack of pace.

Is there a risk of NASCAR-style pitstop specialists in DTM?

Why the DTM is holding Portimao pre-season test at night