Subscribe
Previous / Have Audi and BMW been hiding their pace in DTM testing? Next / DTM still without fuel supplier as first GT3 race looms
DTM News

Timo Glock says he is still adjusting to the 'Space Drive' steer-by-wire system on his BMW M6 GT3 following the final DTM test at the Lausitzring.

The steer-by-wire technology pioneered by Schaeffler-Paravan is making its debut in the DTM this year, with Glock one of the three drivers to have it equipped on their cars along with Gary Paffett (Mucke Mercedes) and Sophia Floersch (Abt Audi).

The system eliminates the need for a conventional steering column and a physical connection to the wheels, with mechanical control replaced by electric impulses.

Rowe Racing driver Glock sampled the electronic steering during the first two days of the Lausitzring test before skipping the final day due to his Formula 1 commentary commitments, ending the running 17th and last in the timesheets.

The five-time DTM race winner is expected to complete further private tests with the 'Space Drive' system ahead of the start of the series’ GT3 era at Monza next month.

Asked to explain how the venerable M6 handles with the steer-by-wire system, Glock said: “It’s totally different, but I have to say there are a lot of positive things. It needs a lot of fine-tuning for me to adapt to it.

“I never drove Michelin tyres before so it’s the very first time for me, and not many kilometres in the M6, so the whole combination needs time. But at the moment we are trying to fine tune the system, the 'Space Drive' system.

"I'm getting used to that. There are no impacts or movements on the steering on bumps or kerb. The system filters these out completely. You can set the feedback of the steering the way you like it.

"Theoretically you could set more feedback in slow corners and less resistance in fast corners. This way, the driver can also save applying so much force, which is less relevant for us in the DTM than perhaps in endurance races.

“It’s good, it's a development programme for the year and it’s good to be part of something new for the future.” 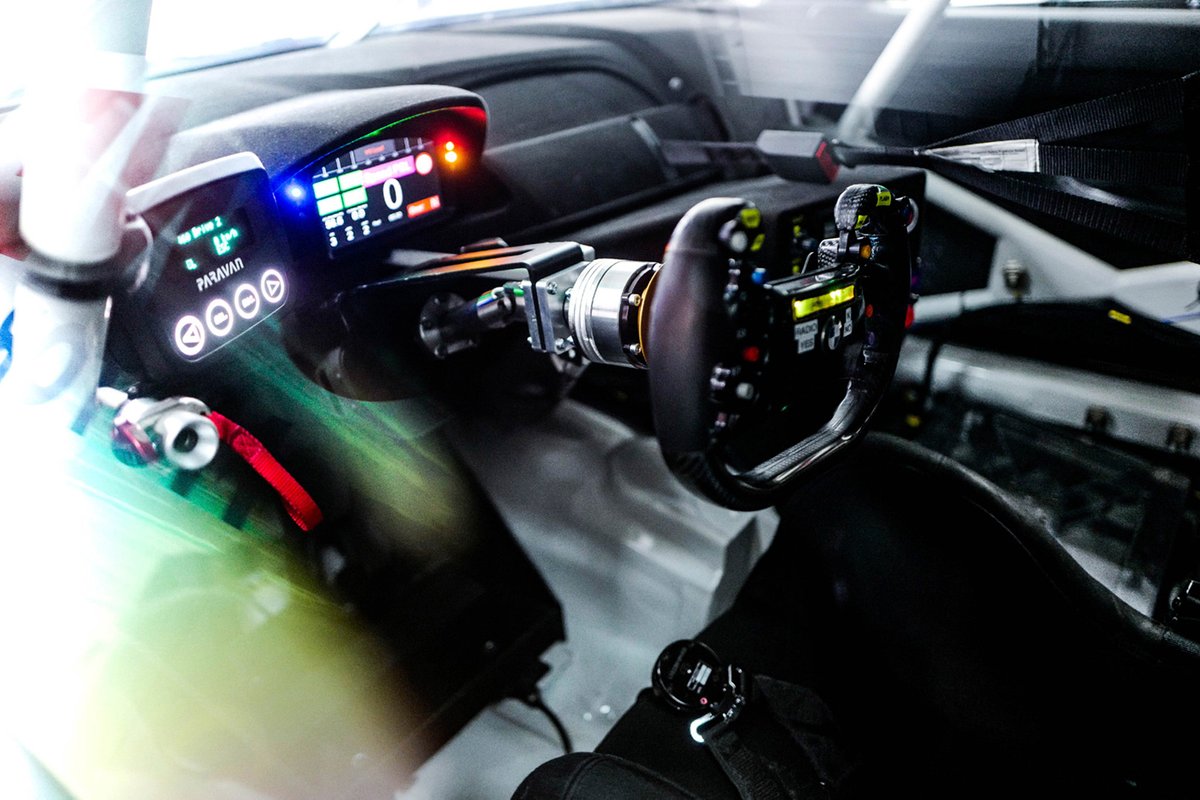 Although Mercedes teams set the pace in both pre-season tests at Hockenheim and Lausitzring, albeit with Red Bull-backed Ferraris giving them a close run at the second venue, ongoing work to finalise the BoP means those times are largely irrelevant in determining the pecking order for DTM’s first season under GT3 regulations.

Glock, who recently stated that he feels like a “rookie” again in 2021 thanks to the championship’s switch from Class One rules, says a clear order is yet to emerge in the series.

“We saw it in the past and we are gonna see again, there are a lot of good guys onboard, a lot of GT3 specialists, let's say, [but] pretty sure we are going to put on a good show again,” said the German driver, who is entering his ninth season in the DTM this year.

“It’s good to have my old friend Gary Paffett back, so let’s see. It’s going to be exciting. Very hard to say and put any expectations down and say where we are or where others are. We need to see how it’s gonna turn out in the first race.

"For sure [some] cars will be strong on certain characters of track and others on other tracks. It’s going to be interesting, I'm looking forward to it.”

Rowe names 2022 GTWCE drivers Farfus, Catsburg and Yelloly to team up at Rowe for 2022 GTWCE