Rally legend Carlos Sainz believes the fight for overall honours in the 2021 Dakar Rally will be between Toyota and X-raid Mini. 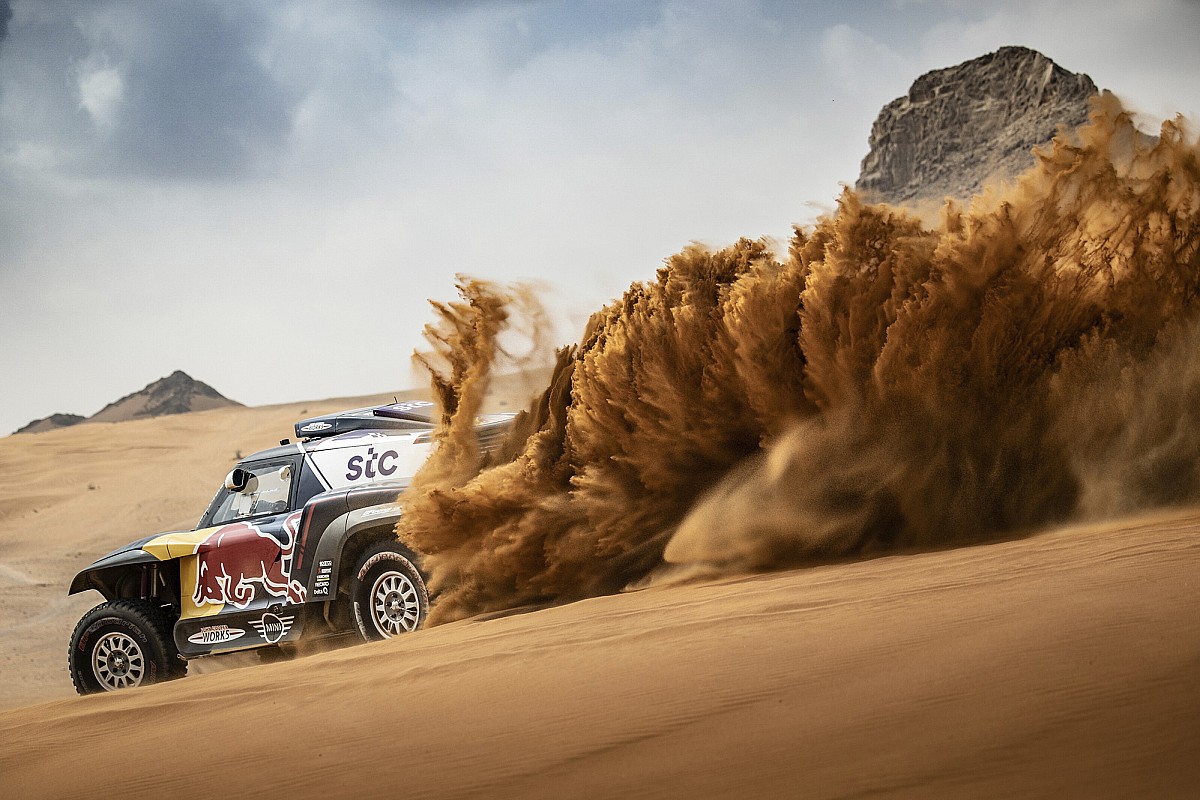 The Dakar has proved to be a two-horse race between Toyota and X-raid since Peugeot pulled the plug on its factory programme after three successive wins between 2016-18, with the two marques sharing wins between them in the two rallies held since then.

But the two established manufacturers have a new potent challenger in 2021 in the Bahrain Raid Xtreme team, which has signed WRC legend Sebastien Loeb and 2015 winner Nani Roma to drive its Prodrive-built BRX1 contenders.

Defending champion Sainz, who is again fronting X-raid’s buggy line-up with 13-time winner Stephane Peterhansel, says Mini and Toyota are the favourites in the cars category, saying that BRX's lack of experience is likely to count against it.

“I think the race is going to be between Toyota and Mini,” Sainz said. “There are many Toyotas and only two Mini [buggies]. We have already seen in the two rallies that we have made Toyota improve. The fight with Nasser [Al-Attiyah] is going to be tough.

“It is very difficult to win in your first participation, although I am not saying that it is impossible. However much you test, the pace and surprises in the race are different.”

The Dakar Rally will be held for a second consecutive year in Saudi Arabia as part of a five-year deal between ASO and the Gulf nation.

After ASO chief David Castera admitted that some stages in the second week of this year’s Dakar were “very fast”, the organisation has focused on areas where the first week of the event was held - although the route is still “80-90% new” compared to the previous edition.

There have also been changes to the marathon stage, with the drivers no longer allowed to change tyres on their cars without incurring a penalty.

Asked for his thoughts on the changes for 2021, Sainz said: “Earlier this year the organization realised the immense potential of Saudi Arabia for this race.

“As a first time, the second week was a bit dangerous and the organisation listened and learned from it. I think this year the two weeks are more to the north, which we found the first week was fantastic.

“There is a marathon stage, which this time has been made more difficult because if you get a puncture you can't take the wheels off the assistance truck [freely]. We have two spare wheels.

“The next day, if you get a puncture and the assistance team gives you a tyre, it's 15 minutes. You could incur up to 30 minutes if you need both wheels. You have to be careful and lucky not to get a puncture.”

Loeb: BRX not entering Dakar to be behind Toyota, X-raid