Loeb: BRX not entering Dakar to be behind Toyota, X-raid 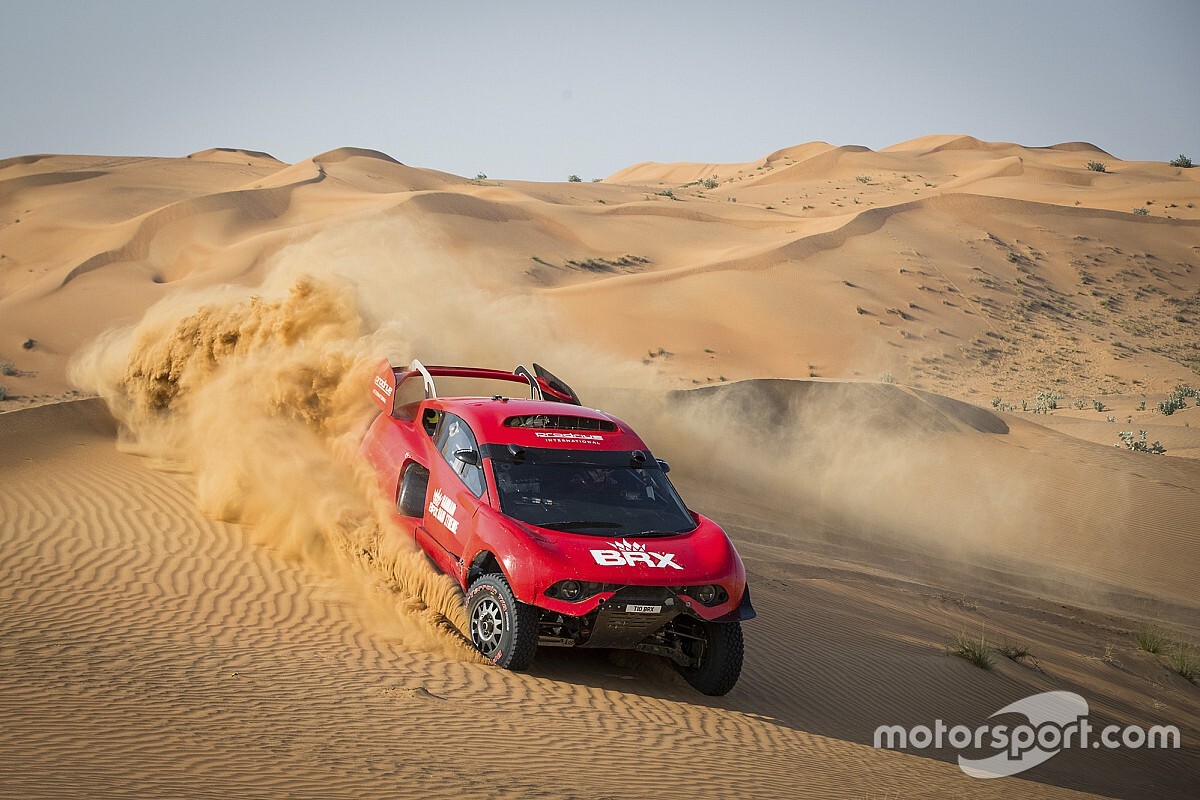 Loeb is returning to the Dakar after a one-year absence to helm the new Bahrain Raid Xtreme outfit, where he will be joined by 2015 winner Nani Roma.

The joint venture between British engineering firm Prodrive and the Bahrain sovereign fund has prepared an all new contender named the BRX1 for its Dakar debut in Saudi Arabia next month, featuring a bespoke 3.5-litre turbocharged petrol engine.

After an initial shakedown in the UK, the BRX team completed a successful desert test in the Middle East in November, with Loeb particularly impressed by the reliability of its 4x4 machine.

When the 43rd edition of the Dakar Rally kicks off on January 3, BRX will be up against both the 4x4s and buggies of defending champions X-Raid, as well as the Hilux pick-up trucks of Toyota.

Asked if BRX could take the fight to Toyota and X-raid, the teams that swept the top seven spots in the 2020 edition of the event, Loeb - who is still chasing his first Dakar win - told Motorsport.com: “I hope so, we are not going there to be behind.

“I always want to win, so the goal is to do our best, to be ready and to be able to compete. Then, like I said, we haven't been able to compare directly to another car [in performance] and we don't have a lot of kilometres, so it's a bit difficult to know.

“The feeling with the car is really nice, I enjoy more driving this one than driving the [Peugeot] buggy. When you are in some little tracks you have lots of fun in the car and you can really push it hard.

"It's difficult to analyse now what would be better. We have a good car, but we'll see how it is compared with the buggy in the Dakar.”

Long-time Citroen WRC driver Loeb drove for sister brand Peugeot as a factory driver between 2016-18, narrowly missing out on a maiden win to teammate Stephen Peterhansel during his second year with the team.

He remained in the rally as a privateer in 2019 following Peugeot’s exit, but could only finish third behind Toyota’s champion Nasser Al-Attiyah and then-X-raid driver Roma.

Loeb says he was hugely impressed by Prodrive’s facilities when he visited its factory, and believes joining a new team like BRX over existing outfits gives him the opportunity to build a project around him.

“For sure, at first I was interested in going to a team with experience like Toyota or go back with a [private] team with a Peugeot car, that we know how it works, but Prodrive really wanted to show me the project,” Loeb said when asked why he signed for an all-new team.

“I went there and after seeing the presentation and how the car is made, with lots of work on the centre of gravity, I realised that if I have to do a car, I would think in exactly the same way. I didn't know how to do it better to have an efficient car.

“I saw a lot of motivation too, a big factory, with a lot of possibilities to work and create new parts. I was really impressed about how serious this project looked, and then I think it could be interesting to start from zero with a new team like this, to build the car around me and to do it like I want.

“Maybe it was the best solution, despite knowing it can be tricky in the first year, that we have still a lot of work to do.”