Nasser Al-Attiyah says he is “really lucky” to finish the Stage 8 and retain the lead of the Dakar Rally after suffering a mechanical scare with a broken rear differential.

By:
Haydn Cobb
Co-author:
Sergio Lillo
Listen to this article

The three-time Dakar winner lost almost eight minutes to nearest rival Sebastian Loeb in the overall classification by the end of the 395km Stage 8 between Dawadimi and Wadi Ad Dawasir, having completed the majority of the stage with only front-wheel drive with his Toyota while he also suffered a puncture early into the test.

The Qatari driver, who finished Stage 8 in 11th place, explained his Toyota’s rear differential was overheating, forcing him to switch to front-wheel drive and complete the stage “really scared” of a bigger mechanical problem which could have forced him to stop.

“We had only front-wheel drive as we broke the rear and I was really scared all the way,” Al-Attiyah said.

“But [on] the last part I said I don’t care, the last 50km I tried to push a little bit but it was not easy with only the front wheels, but it was OK. I am really lucky to be here and we lost only seven minutes from Seb.”

During the stage Al-Attiyah could hear the rear differential had broken and was nervous about further damage due to an oil smell from the cockpit, but once he cleared the sand dunes section of the stage he was relieved to be able to pick up his pace to the finish.

While the Dakar leader is confident of the broken part being identified and fixed overnight, he is also keen to investigate the issue with his Toyota team having installed new rear differential parts before stage seven.

“We did a lot of a good job from the beginning, now we have some problems but I think we need to sit with the team and see why it happened,” he said.

“It is a new rear differential, only yesterday we used it, so I think something was wrong in the fitting, but we will see what the mechanics say.

“[Losing] seven minutes is nothing because from the beginning to drive only third gear and fourth gear and slow over the dunes, as we could not push because there was a lot of noise and oil smell, but to finish today without losing a big time I am really happy.” 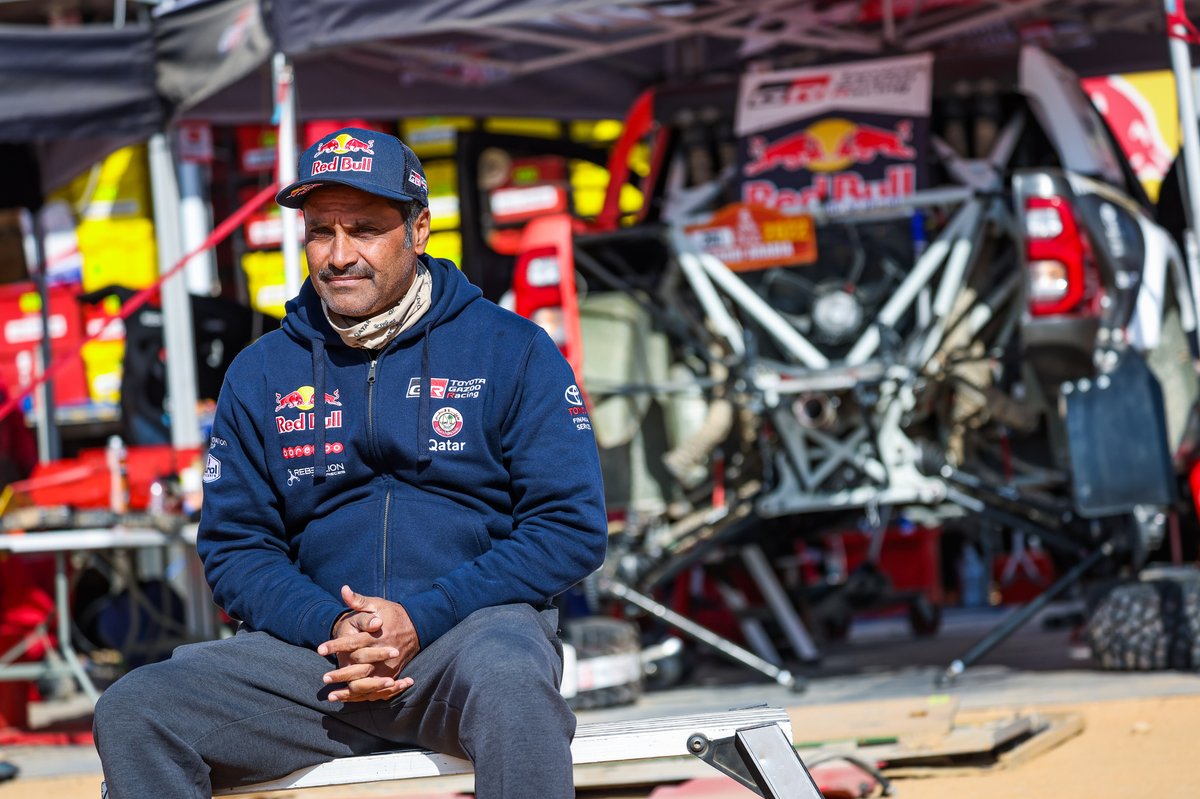 Speaking before Al-Attiyah finished the stage, Loeb admitted it wasn’t plain sailing for him either despite closing the gap in the overall classification to 37m58s, due to a puncture and losing his spare wheel.

“It was not easy, we pushed really hard from the start to the end as we were opening the road so we just wanted to stay ahead and not have Nasser following [us],” the Prodrive/Bahrain driver said.

“We tried really hard from the start and we had a puncture, we changed the wheel quickly, and finally we continued like this until the neutralisation, and at the neutralisation we saw that we lost our spare wheel which was the only one we had so I had to be a bit careful to the end.

“But it was still a good stage, we had good navigation, no mistakes.”

The Dakar Rally continues with the ninth stage on Tuesday near Wadi Ad Dawasir.