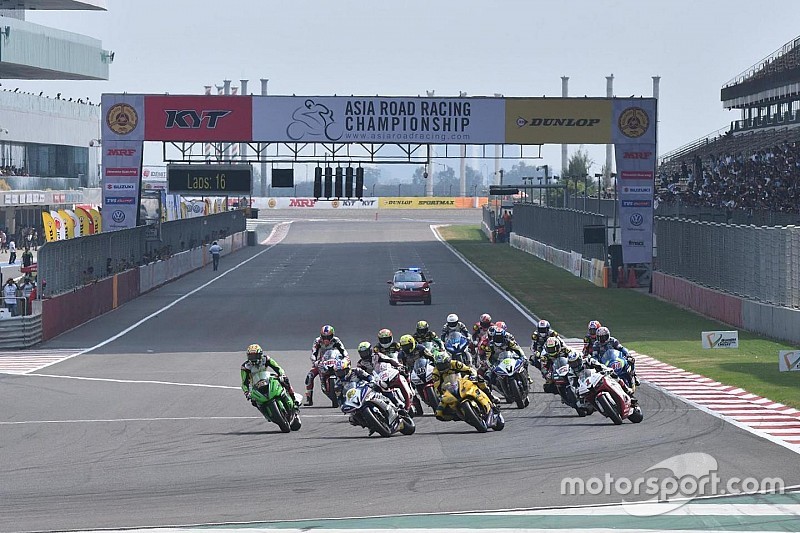 The Asia Road Racing Championship which made its return to India for Round 5 of the 2016 season, intends to stage two rounds in the country in future.

MMRC's chairman Vicky Chandhok revealed to Motorsport.com that the organisers of the series have indicated towards hosting two rounds in the country.

"They certainly want to come back and [have] even suggested two rounds in India with BIC and the Madras Motor Race Track (MMRT) being the venues three to four weeks apart," he said.

"[Now] costs will determine this naturally, but I am confident that the MMSC will pull it off. We're always positive on organising international events.

"And with the huge increase in Indian manufacturer's support of motorsport, we certainly would like to organise two rounds," adding that the BIC round 'ran to precision on both days'.

While this was the first time for ARRC at BIC, the MMRT in Chennai has hosted all the previous rounds of the series from 2009 to 2011 and in 2013.

ARRC's spokesperson told Motorsport.com: "Talks are currently underway but nothing has been confirmed yet.

"Two rounds is a distinct possibility - if the MMRT can handle so many teams and riders."

High praise for the track

With BIC being the only F1 track on the current calendar, the track's dimensions came in for high praise from the riders.

"Because it’s more like tracks in Europe. It’s smooth, fast and flowing. I enjoyed it a lot."

Any motorsport event in the country is a huge logistical challenge for both sides - the series organisers as well as the event, but ARRC were happy with how things panned out.

"We think it went very well considering that perhaps the motorcycle racing culture is very much in its infancy in the Greater Noida area," the spokesperson said.

"It was a great thrill for everyone in the championship to see the Indian crowd enjoying the race on Sunday.

"They were amazingly receptive and it is always heart-warming to receive such welcome."

Overall, on the organising side, apart from the few glitches which are expected while hosting an international event, ARRC had words of appreciation for MMSC and India.

It was certainly good to have an international race in India again, especially how F1 went off the grid and the track not being utilised to its full potential.

The vibes in a lively paddock, with so many people on the starting grid, it does give you goosebumps, reminding that you are in the midst of an international event.

Overall at the track, everything went according to the schedule. The event seemed to have gone smoothly, apart from the occasional challenges.

Generally, there was a positive reception for the track from most of the riders. And the marshals also did a quick job with so many crashes, reaching on time to keep everything on schedule.

Although the crowd could probably have been more, but with its first time at BIC, the series is only building fans and awareness.