Michael Ruben Rinaldi believes defying Ducati's suggestion to use the soft-compound rear tyre in the final World Superbike race of the weekend at Barcelona was key to his victory.

Rinaldi scored his first win since June's Misano round in Sunday's race after besting Yamaha rider Toprak Razgatlioglu, boosted by the superior longevity of his 'SC0' hard Pirelli rear tyre.

Only Rinaldi and his Ducati teammate Scott Redding opted for the more durable rubber, with the rest of the field opting to use the SCX qualifying tyre that has become increasingly common in full-length races.

The result was almost a Ducati 1-2, with a struggling Razgatlioglu only barely hanging on to finish in second place ahead of a recovering Redding after losing the lead of the race to Rinaldi.

However, Rinaldi revealed post-race that Ducati had suggested that the Italian rider go with the majority and use the SCX - only for him to overrule this and go with his instincts.

"It was difficult because everybody was on the soft [SCX], but last year I saw [at this track] there is too much drop at the end of the race," said Rinaldi. "So I took a risk, and it worked. I’m really happy about that.

"Actually, when you do a bad race because of the bad [tyre] choice, you always learn. I learned that last year, and this year I say, ‘ok, maybe the tyres are different, but I don’t want to take the risk’. The team said take the soft, but I said no, I go with the [SC0], and this was important."

Redding was forced to run across the gravel in avoidance of an accident early on in Sunday morning's Superpole race, leaving him down in 11th on the grid for the final race.

But the Briton, who had led an all-Ducati top three in wet conditions on Saturday, made strong progress up the field with the hard tyre and finally claimed the final spot on the podium. 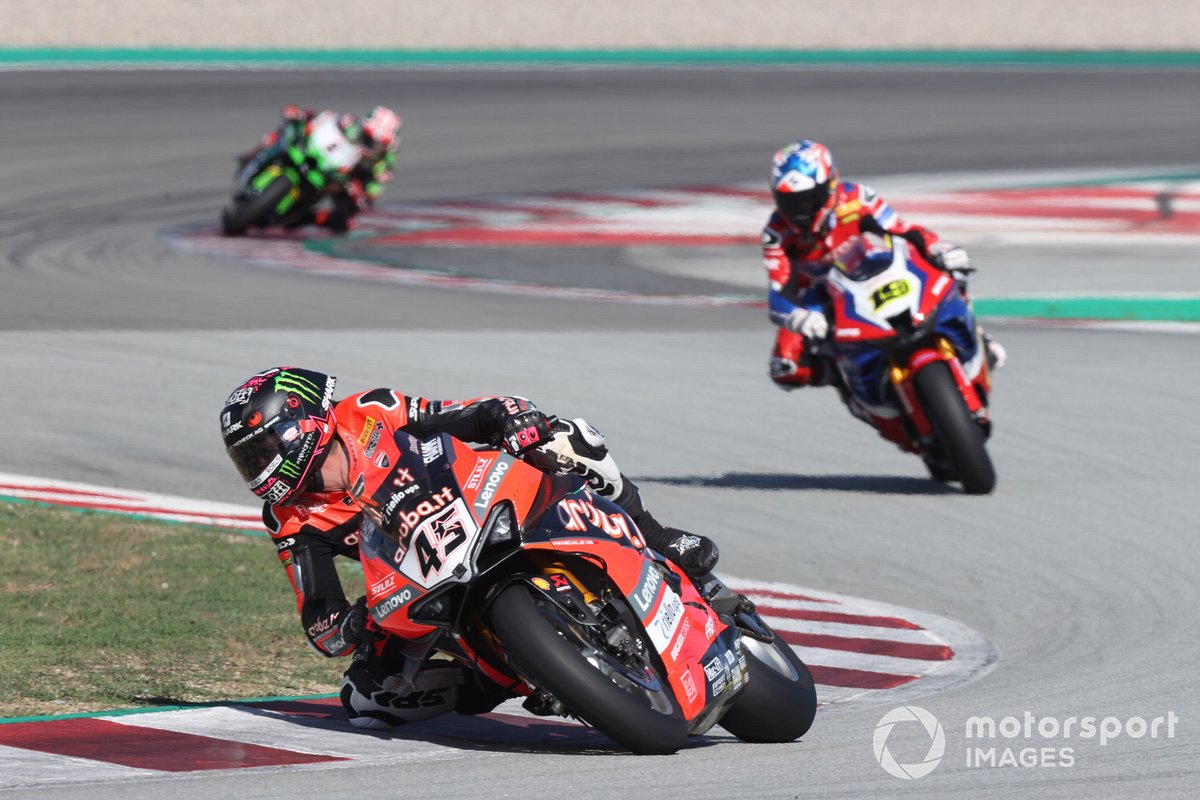 "We didn’t really have a choice," said Redding of his tyre selection. "The [SCX] wasn’t gonna last for us, so there was no option, the [SC0] was all we could run.

"I had no expectations for that race, but it actually turned out not too bad because the pace of the [SCX] was not too high. And to be honest, it was the best my bike had felt all weekend, and I managed to maximise that.

"When you have a hard race and you come away with a podium, you feel good about it, so I can leave here with my head held high. I said to the guys, if I finish top five, I’ll go to Jerez happy, so to get a podium is good."