Jonathan Rea has labelled his Barcelona World Superbike weekend "quite disappointing" after conceding the points lead to Toprak Razgatlioglu with a sixth-place finish in Sunday's final race.

Despite starting from pole, six-time world champion Rea registered his worst finish in a race all season in which he did not crash, as he struggled for grip aboard his factory Kawasaki ZX-10RR.

He initially slipped to third behind Razgatlioglu's Yamaha and the Ducati of Michael Ruben Rinaldi, and later in the race he was passed by Andrea Locatelli (Yamaha), Scott Redding (Ducati) and Alvaro Bautista (Honda), even running across the tarmac run-off while battling the latter pair.

With Razgatlioglu finishing second behind Rinaldi, it meant Rea dropped a single point behind his main championship rival with four rounds to go - despite retaking the lead after Razgatlioglu retired from a rain-affected opening race of the Barcelona round with electronic issues.

"The weekend as a whole was quite disappointing," reflected Rea. "In the heat I struggled to stop the bike. I was getting pushed from the rear, something I hadn’t really experienced in FP2 [on Friday afternoon] when I did a long run in very similar conditions.

"I’m not sure how much the rain yesterday affected the track and the grip level, but I was really on the struggle bus. Right at the end of the race, my tyre drop was similar to everyone else, but in the middle of the race I was too slow.

"I feel the out-and-out pace this weekend was quite good, just in the hot conditions of Race 2 we really suffered."

Rea was among the majority to use the soft-compound rear Pirelli SCX tyre for the final race, but Rinaldi and Redding were both able to finish on the podium using the harder SC0 rubber.

However, Rea said he had no indication that the SC0 might prove the better choice and speculated Saturday's rain may have radically altered the grip characteristics of the track.

"In the middle of the race I regretted that choice [to use the SCX tyre]," admitted Rea. "But I wasn’t sure what was the right choice, because I never did 19 or 20 laps with the [SC0]. I really felt it would have kept together better, I could have probably attacked a bit more.

"It’s hard to say if I regret [choosing the SCX] because everything was pointing towards the soft tyre that most of the grid ran, but the race winner [Rinaldi] was on the SC0, so maybe we missed a trick."

Razgatlioglu meanwhile declared himself satisfied with a "strange" weekend in which he lost and then regained the championship, all without winning a race for the first time since July's Assen round. 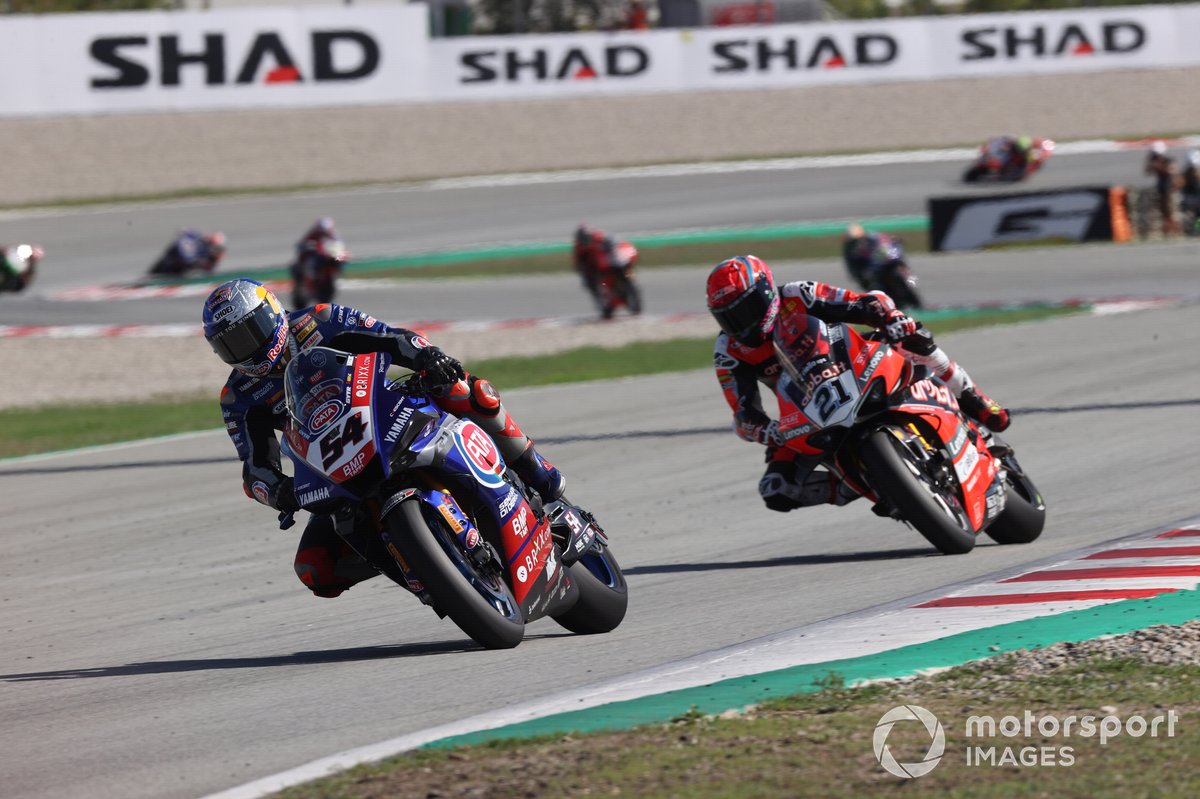 "Very difficult race because we had hot conditions and the tyre did not grip," Razgatlioglu said of the finale. "But from lap three or four the front started sliding, and after I passed Michael [Rinaldi], the rear tyre dropped a lot.

"After that I realised I was fighting for second position because I saw on my board everybody is coming [from behind]. But I am happy. Strange weekend for me because [in Race 1] we had an electronic problem, but the team is working well because every race we are improving.

"I’m smiling now because I am one point in front [of Rea], but I am not looking at this. I am always focussed on racing for the win, and at Jerez I will try again to fight for the win."