Leading World Superbike riders Alex Lowes and Chaz Davies have lashed out at the new yellow flag rule for “ruining” qualifying for the second round of the season at Estoril.

Having followed Scott Redding on his flying lap to post a best time of 1m36.892s, MotoGP convert Tito Rabat ran spectacularly wide at Turn 1 on the Barni Ducati with around four minutes to run, but managed to avoid the barriers and rejoin the track safely.

However, the yellow flag deployed led to the cancellation of several riders' best laps as per a new rule introduced in WSBK this year, leading to a reshuffled grid post-qualifying.

Lowes, who had originally qualified on the front row in third on the factory Kawasaki, dropped to 10th as a result, while GoEleven Ducati rider Davies fell to a disappointing 16th after setting the sixth fastest time in FP3 earlier in the day.

To add to their misery, both riders had to start the races behind Rabat, who secured the eighth spot on the grid in only his second qualifying attempt in the series.

While Lowes was supportive of the rule in general, he felt the yellow flag was not justified as Rabat didn’t crash at the corner and there was never a risk of hitting marshals should another bike had run wide or gone down.

“I actually didn’t think [my laptime] was going to be cancelled because there was not a crash, there was no immediate danger on the side of the track,” said the 30-year-old.

“Tito was a long way from being in trouble. He just rolled off the track himself after he had done his lap, just rolled off - didn’t even try and make the corner if you watch.

“There was no reason for the yellow flag, that makes it frustrating, but the rule is the rule. Obviously if somebody crashed at the corner and is in danger, it’s a different situation. The rule is correct in terms of if somebody’s down and there’s marshals in the gravel trap, you do and you must respect the corner and slow down.

“In today’s situation it wasn’t a [justified[ yellow flag anyway, so then to lose the lap [was frustrating]. Nothing happened, Tito ran off the track.

"You can’t put a yellow flag out and ruin everybody’s qualifying because Tito runs off the track.  Otherwise next race I’ll just go first on my qualifying tyre and just run in the gravel at Turn 1, take my time to turn around and you are on pole position. This is not the reason why the rule is the rule.” 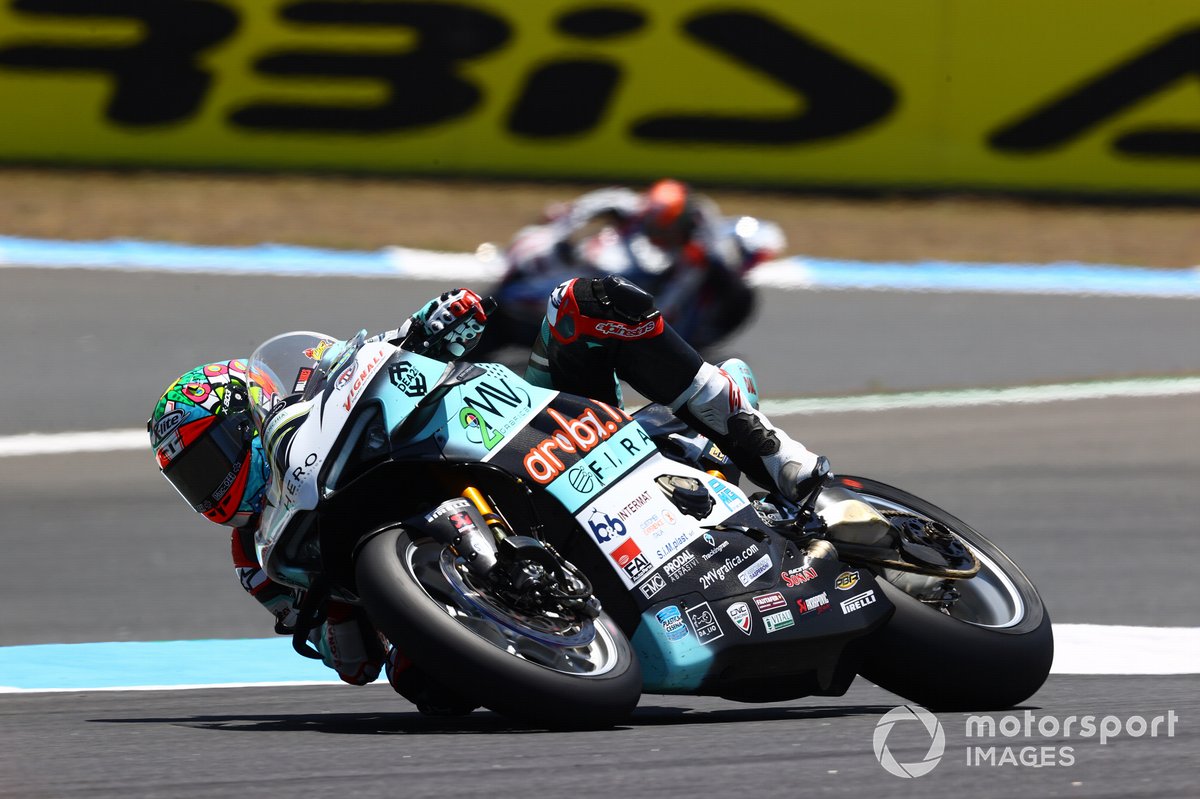 Davies had set the sixth fastest times in both FP1 and FP3 and it was only due to a technical problem that he couldn’t break inside the top 10 in the afternoon practice on Friday.

The 32-time race winner called for WSBK to adapt its regulations to avoid a repeat of the scenario later in the season.

“We spoke about it last week in Aragon,” he explained. “They said these are the rules for this year. One of the biggest changes is that if you pass a yellow flag on any lap, it’s cancelled.

“So everybody’s instant response was like, ‘yeah, okay but what about if it happens in qualifying with the Q [super-soft compound] tyre?’ Then obviously what if somebody does a good lap and runs off on purpose and throws a yellow flag out if they go first.

“I’m not saying at any second that’s what happened, but it’s a real possibility. Whether it was intentional or not today, that’s what exactly happened and we are at only the second race.

“We need to come up with something better to cater for qualifying tyre because we are the only championship that is running the Qs at the minute.

"It is something they want to keep. But something's got to give somewhere. You can’t just ruin someone’s weekend like that unfairly. I’ve been super-penalised by this regulation and it has upset my whole weekend.

“It’s a good thing it has happened so early in this season because now the powers that be can change these things, they have an obvious example in front of them. Something’s gotta happen."