Scott Redding insists his fifth-place finish in the final World Superbike race at Assen shouldn’t be seen as a turnaround for BMW, saying ‘nothing has changed’ for the German marque.

Redding has found life difficult at BMW after joining the team at the start of 2022, having previously been a regular race winner at Ducati.

His maiden outing for BMW at Aragon earlier this month was little short of disaster as he failed to break inside the top 10, even retiring from the final race after a number of of-track excursions.

The start of the Assen round provided only a marginal improvement, with Redding finishing ninth in the opening full-distance race of the weekend and more than 25 seconds off the top spot.

The last race at the Dutch event finally brought a change of fortunes with the Briton running as high as fourth and on the cusp of a podium finish before slipping to a still-respectable sixth at the finish, albeit he was promoted one place after a post-race penalty for Axel Bassani.

However, Redding feels his headline result at Assen is a bit misleading as the early crash between reigning champion Toprak Razgatlioglu and Kawasaki’s Jonathan Rea completely changed the picture of the race.

“Nothing just changed,” he said. “The lap time was the same, more like within a couple of tenths. I didn't have a better start, there was chaos in the first corner and I got lucky to come through.

“Then there was a crash between Johnny and Toprak and the pace at the front, [after which] the [frontrunners] just rolled the throttle. And I was like, ‘right, let me try to get to the back of them’.

“I got on the back and I felt quite comfortable. I was able to come past Bassani, [Michael Ruben] Rinaldi, Alex [Lowes]. I was feeling quite good but literally 110%, I was wrestling it. It felt like I was riding a f***ing alligator or something, it was shaking all the time.

“Then with a few laps to go I got a small hole in the rear tyre on the right side, so I had no rear grip. I was tipping in and it was just coming around. So I was like, I just want to finish. And then Alex passed me, then Bassani passed me. 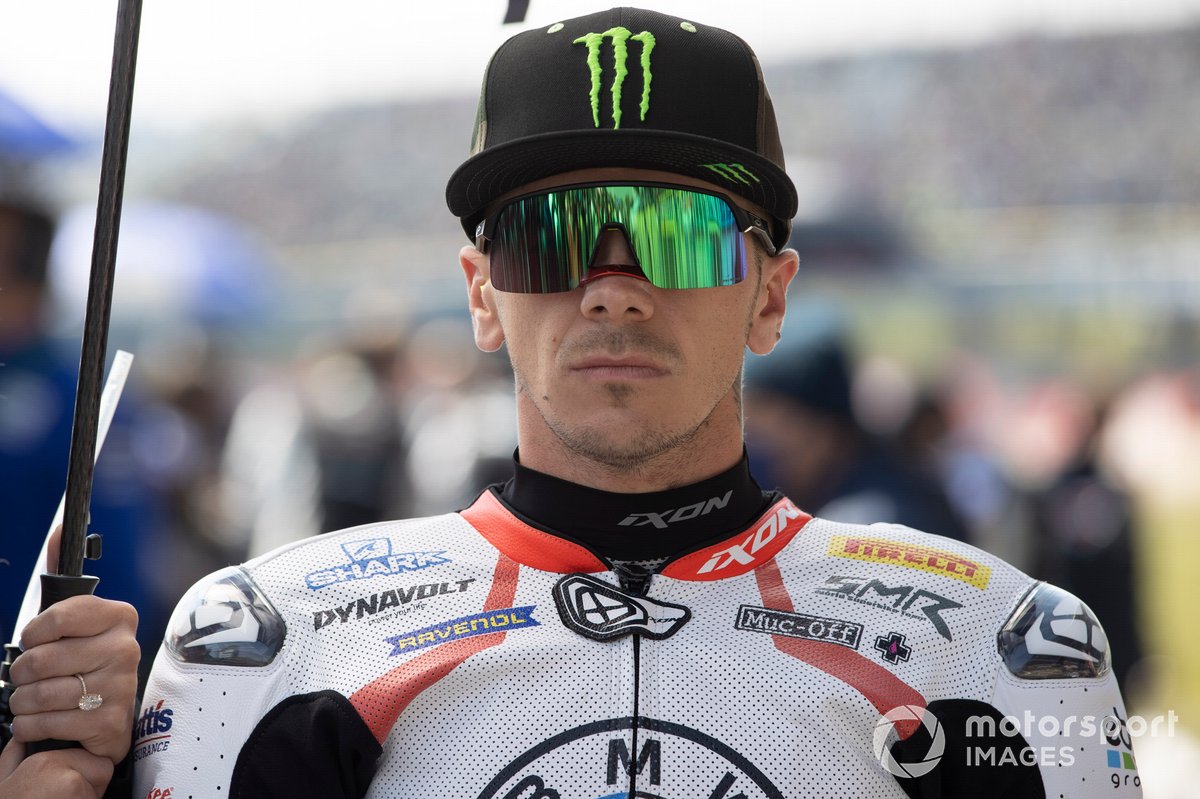 Redding says there is no single area BMW should prioritise to move up the pecking order, but identified his own one-lap pace as a weakness after qualifying six places and six tenths behind Loris Baz on the satellite M1000RR.

“We are too far,” the Briton admitted. “The gap was now closer than we've been [in the previous races] but I think I gained two seconds from the crash, more or less.

“It's hard because it's a little bit everywhere [we are losing time]. And I'm giving everything, this is why it's hard for me.

“Sometimes we lose too much, sometimes it is good. It's not always consistent, like with braking sometimes I go wide.

“I need to improve qualifying because Baz was in an okay position on the grid. It's not the best but it's better. Then we can see. I know I have the pace for top five, top six in this circuit. When we go to Estoril, who knows. I have to play it race by race and see.”