Scott Redding says he was taking a 'win-or-bust' approach to the closing stages of the Barcelona World Superbike opener after completing a remarkable recovery from ninth to win.

Ducati rider Redding led home a podium lockout for the Italian manufacturer ahead of Axel Bassani and Michael Ruben Rinaldi at the end of a thrilling 20-lap race in wet conditions.

That was despite dropping down to ninth on the opening lap following a poor launch from the second row of the grid.

It took until the halfway point of the race for Redding to start making serious progress as he started moving up the field in tandem together with Rinaldi, breaking into the top five on lap 15.

Next time by, Redding passed Michael van der Mark's BMW and Jonathan Rea's Kawasaki on the same lap to move into a provisional third behind surprise leader Bassani and Rinaldi.

That became second with a pass at Turn 4 on Rinaldi on lap 17, and on lap 18 he wrested the win away from Bassani at Turn 5, going on to win by a margin of 1.577 seconds.

With points leader Toprak Razgatlioglu failing to finish, it puts Redding with 53 points of new leader Rea in the standings.

"I didn’t expect to win," recalled Redding. "I thought I was going to finish today upset because I didn’t make a step and then it all just started turning around and I got hungrier as it went on.

"Just at the beginning of the race I had big wheelspin as we crossed the start line, then dropped back and I had no grip in the beginning. Then in one moment, I thought, ‘you’ve got to do something, and if you go down, you go down’. And I found a bit of what I could do. 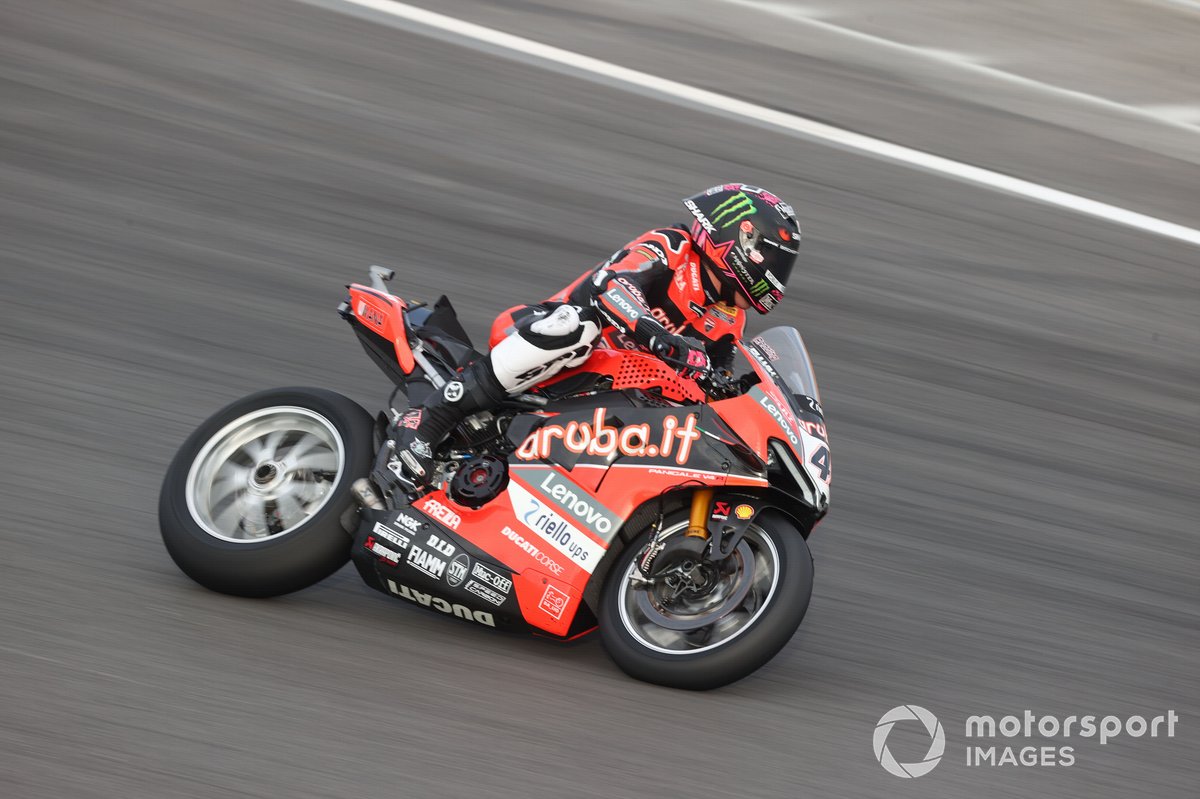 "I had Michael [Rinaldi] as a target [in front], which kind of kept me honest. After a couple of laps, I thought ‘I need to go’, I took a lot of risks, started sliding a lot and I was not stable at all.

"The setting we had was not 100 percent wet setting and I had no edge grip. I was able to take corner speed, but it’s because I had no choice, basically.

"It was difficult. But when I saw the guys in front, I thought ‘maybe’, we were catching and then we were there. It was the three Ducatis and I thought, ‘I’m not finishing the third Ducati, I finish first or I finish in the gravel’. I took that leap of faith and I managed to get it around."

Unlike previous races in which Redding has struggled in wet conditions with a wrong tyre choice, the track was wet enough prior to the Barcelona race that all riders had to start on wet tyres.

"I honestly felt relaxed on the grid, I thought I had a chance to be on the podium," he added. "But after the start that plan went out of the window. It went wrong straight out of the starting blocks.

"It was hard for me, I was the third Ducati and I always need to try and be the first one. Then in one moment I found a rhythm and I was focussed on going forward. I didn’t look at the laptimes, I couldn’t see the screen because the visor was dirty… it was weird. I was in the zone."