Kawasaki’s Jonathan Rea feels his “back is against the wall” after slipping 20 points behind World Superbike title rival Toprak Razgatlioglu at Jerez.

The six-time WSBK champion trailed Razgatlioglu by one point heading into the 10th round of the season, but saw that deficit balloon to the widest it has been this year after the Turkish rider claimed a double win during a disrupted weekend.

Rea was able to hold on to the lead for much of the opening race after making an early pass on polesitter Razgatlioglu, but the Yamaha rider retook the spot with six laps to go to win by just over a second race.

The second race turned out to be much trickier for the Ulsterman as he faded to fifth place on the soft SCX tyre, while Razgatlioglu outduelled the Ducati of Scott Redding to complete a clean sweep of victories in Spain.

Rea again hinted that the new Kawasaki ZX-10RR isn’t quite a match to the improved Yamaha R1, but said he’s relishing what is the closest WSBK title battle in recent memory.

The 34-year-old likened the Razgatlioglu's championship challenge to Chaz Davies’ end-of-the-year charge in 2016 and Alvaro Bautista’s perfect run of 12 victories at the start of the 2019 campaign - Rea emerging on top on both occasions.

“It's good pressure,” he said. “I like the feeling when my back is against the wall. It was a little bit same in 2016 when Chaz was coming and I had a huge gap in the championship and suddenly it was nothing.

“It was the same when Bautista was killing me for four rounds in a row. It's nice. I think crashing at Phillip Island and coming from behind last year, I liked that feeling.

“I like gritting my teeth but I need a weapon to fight with. You can't just grit your teeth and make it happen.

“We need to fix the small issues we are having in these hot conditions with the soft tyre but I think the soft tyre is on holiday, it's not [going to be used] until next year. So let's see the tyre in Portimao, Argentina and Indonesia, but I think it should suit us a little better.”

While Rea managed to stay close to Razgatlioglu after dropping behind the Yamaha rider in the opening race, he appeared well off the pace in the second encounter of the weekend, slipping from third on the grid to sixth place - before overtaking the struggling Ducati of Michael Ruben Rinaldi to finish fifth.

Rea blamed Pirelli’s soft SCX rear tyre for his dismal showing, explaining how it was unusually slow throughout the race.

“In Race 2 the temperature came up, I changed the rear tyre and of course like in Barcelona I experienced the same kind of problems with the soft tyre,” he said.

“I had zero grip on the side of the tyre, it was very hard to stop the bike and go into the corner. I was making a lot of mistakes and this was the difference [to Race 1].

"Normally we put the soft tyres in and the difference in laptime is maybe half a second or you're much faster, but today we didn't have it.

“We need to check why because honestly it's strange with this [developmental] 557 tyre, like for the SCX family to be so consistent all the race but consistently slow for me. Generally, the tendency would be it's fast, but I experience some drop.

“That was the story of my race, I wasn't feeling one with the bike but struggled. That's frustrating to be honest because we feel like we are extracting everything from the bike, we are really on the limit with many things, it's tough.” 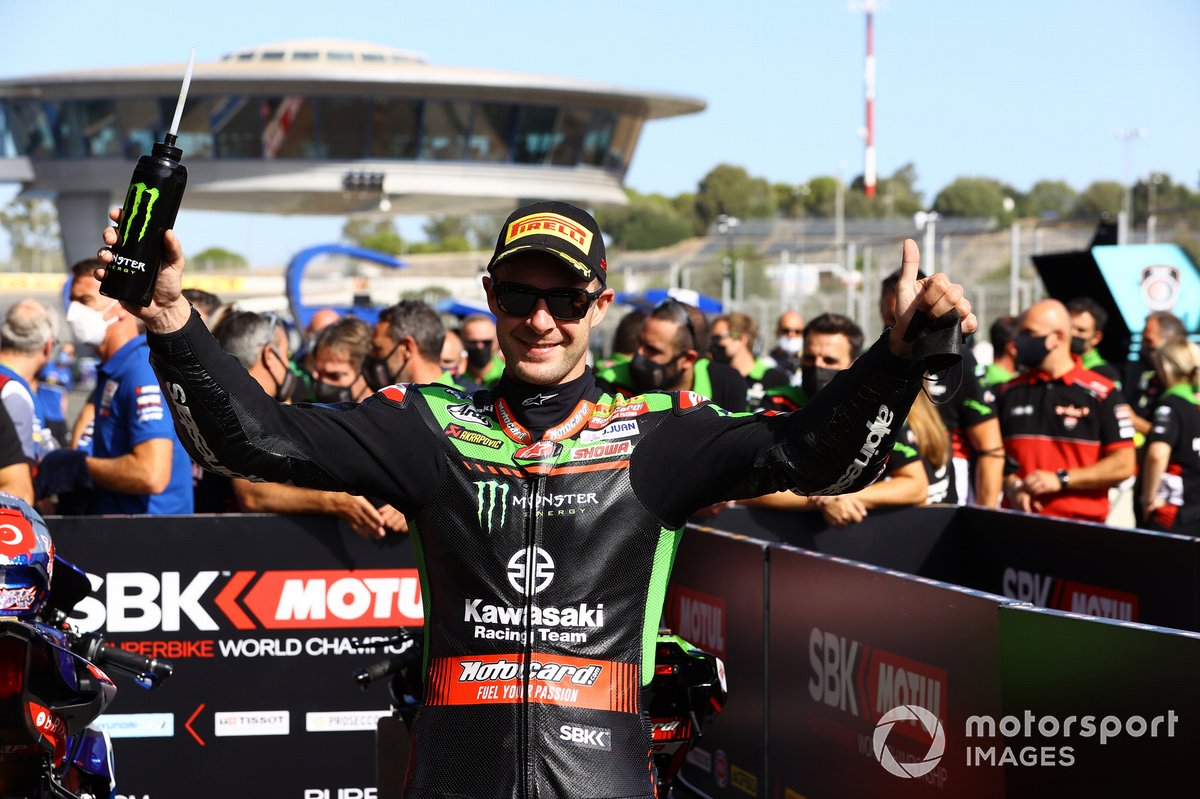