Ex-MotoGP rider Loris Baz has described World Supersport 300 as the “most dangerous class” in motorcycle racing following the death of Dean Berta Vinales during the Jerez World Superbike round.

Fifteen-year-old Vinales succumbed to severe head and thoracic injuries after being involved in a five-rider crash in the closing stages of Saturday's WorldSSP300 race at Jerez, with his death announced just over two hours after the incident.

This was the second fatality in an FIM-sanctioned world championship this year after Swiss Moto3 rider Jason Dupasquier lost his life at Mugello in May.

Speaking after his first WSBK appearance of the year with the Go Eleven Ducati team, Baz hit out at the safety standards in the 300cc class - first introduced in 2017 - while also questioning the value it provides to budding riders hoping to make it to the top echelon of production bike racing.

“I [have] always said what I think about this class, [and] for me this class is the most dangerous class ever,” said the 28-year-old.

“I don't like it, I don't watch it and I'm scared when I watch it. Those bikes are too heavy and [there is] not enough power so you cannot make the difference.

"I think it's less dangerous to ride a 600 at 13 than racing a 300 at 30. If you cannot make the difference in the riding, you have to fight like [crazy], you have a big group and you fight. 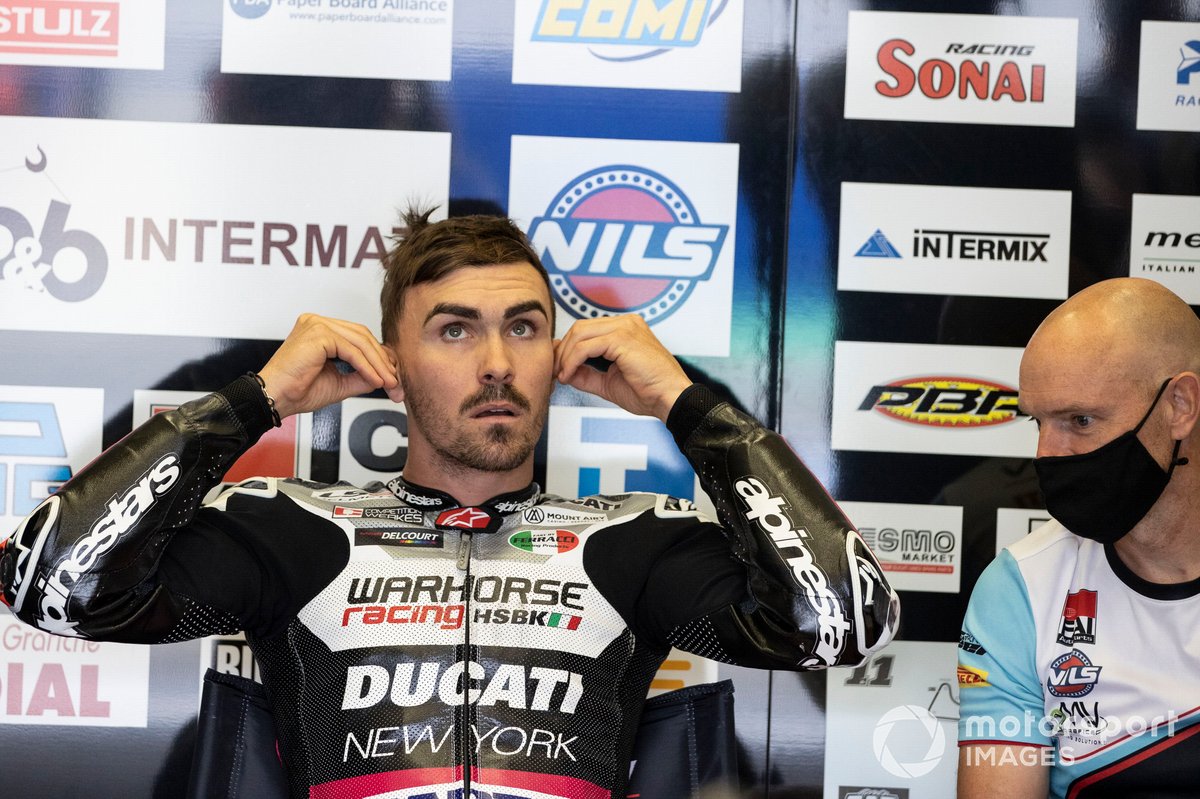 Baz’s factory Ducati counterpart Scott Redding was also critical about WSBK’s entry-level support series, saying more needs to be done to spread out the field to ensure a rider is not run over by his rivals after crashing on tarmac.

Redding was previously vocal about WSBK’s decision to add the Most circuit in the Czech Republic to this year’s calendar, saying the track was not safe enough for an event of this scale.

“I don’t think it’s a problem with safety, but the problem is we’re having more and more fatalities with more and more safety,” he explained.

“So, you’ve got to think, ‘what is different from 10, 15 years ago?’ And I tell you what’s different: the racing’s so close. Everything is so level that it doesn’t allow any break.

“Sometimes it’s bad in Superbikes, and then in every class where they’re changing rpm [to even the field], it makes great racing but when you’ve got 15-year-old kids and you’ve got 40 of them with the same bike within a second of each other, anything can happen at absolutely any point.

“And you probably all agree with me – I’m surprised it hasn’t happened earlier, because I watched that racing for four laps and I can’t watch it.

“Honestly, I can’t watch that racing because it scares the life out of me. I’m expecting something in the straight, and I can’t watch it, it’s too close.

“Back 10, 15 years you’d have one or two guys would get away, then there’d be another three.

“And when you’ve got a train of 15 guys and something happens to the third one, the fourth one, the fifth one, the sixth one – by the time you’re coming, you can’t move.

“There needs to be something that, not favours riders, but at least break it up a little bit. It’s the same in Moto3.”

Six-time WSBK champion Jonathan Rea didn’t want to criticise the organisers a day after Vinales’ fatal crash, saying the tracks and rider equipment are as safe as current technology allows.

“I don't want to get drawn in," said the Kawasaki star. "It's so easy to throw shit when something has gone wrong. I think we all need to be very calm in how we react to this because it's part of sport.

“How things can be better is a matter of opinion, but more and more so in racing it's not crashes and run-off areas that are causing, its impact from another bike or rider when there is a fallen rider on the ground.

“Safety equipment, leather, boots and gloves are as safe as they can be with technology and helmets and airbag system, so it's very hard to be more proactive in that.

“I don't want to put shit on the riders or class because it's not fair, they don't need any more weight on their shoulders.”