World Superbike champion Jonathan Rea admits his Kawasaki team "needs to make a step" if it is to fight Yamaha and Toprak Razgatlioglu for this year's title after losing ground at Magny-Cours.

Razgatlioglu beat Rea to victory on the road in all three races at the French track, albeit later losing his Superpole race win to the Kawasaki man due to a track limits infraction on the final lap.

Prior to the penalty, Razgatlioglu's hat-trick meant Rea had gone nine races without a win, making it the second-longest barren run of his Kawasaki tenure - topped only by his 11-race drought amid Alvaro Bautista's run of success with Ducati in the first half of 2019.

Rea put up a stronger fight in Sunday's races after Razgatlioglu took a dominant win in Saturday's opener, but was forced to concede defeat in the finale as he lost pace in the closing stages.

"We are having some issues getting the bike to stop as soon as the grip drops, but for 10 laps I was quite confident," said Rea before the news of Razgatlioglu losing his Superpole race win.

"I knew if I had a chance to get a win, it would be in the Superpole race, because [in Race 1 Razgatlioglu’s] pace was just relentless.

"[In Race 2] when I was riding with him at the beginning, I felt better [than Race 1], but we were just so overgeared, exiting the first-gear and second-gear corners. I was losing too many metres.

"In the fast stuff, I was just being brave. But there’s only so long you can be brave before you start getting some warnings. I had a warning with six or seven to go at Turn 8 [180-degree corner], a big front slide, so at that moment it was time to consolidate. I gave up the fight.

"Massive congratulations to him, he’s making me ride on my limit, up my game, look for some answers inside the box, push the guys to be better, and that’s good. 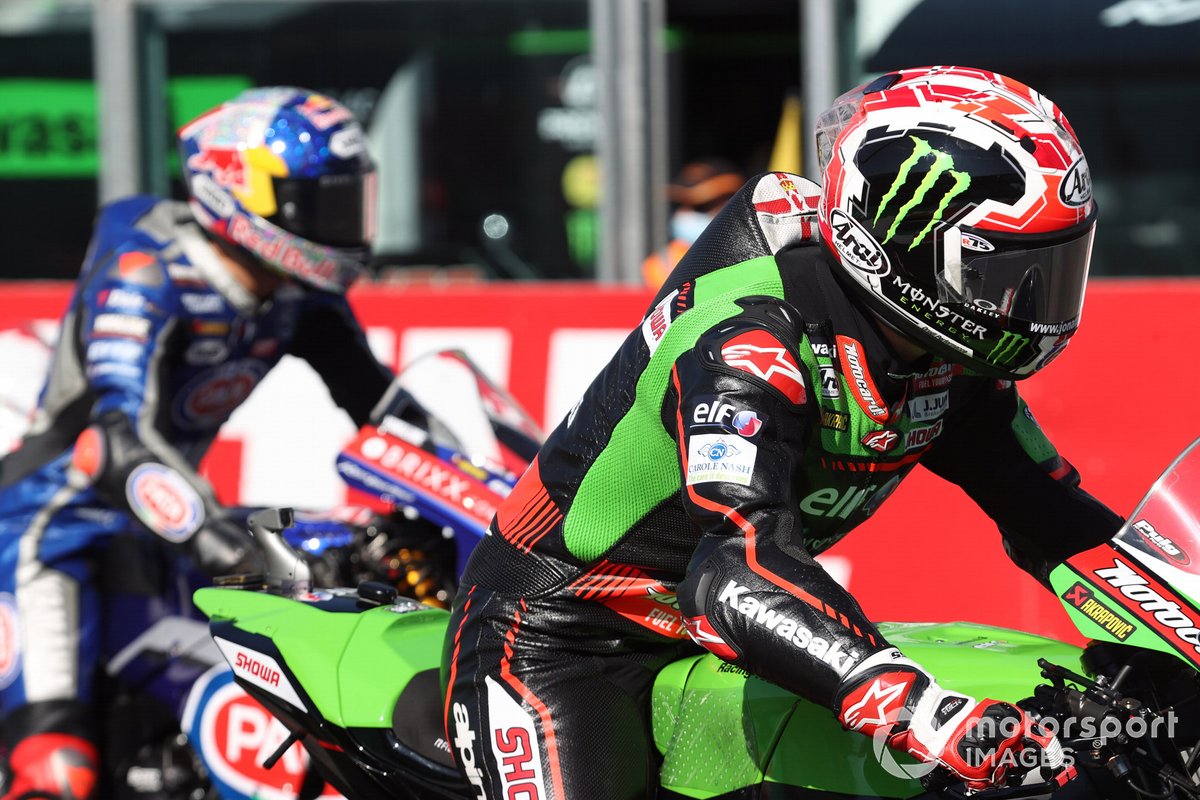 "I feel like myself and Alex [Lowes, teammate] are trying to help each other, bring our comments together to bring the bike forward because it’s clear we need to make a step if we’re gonna fight the other manufacturers."

The two championship protagonists had gone to Magny-Cours tied on points, but two wins for Razgatlioglu in the final reckoning means the Yamaha rider holds a slender seven-point lead over Rea with five rounds to go.

"The championship is so close, so tight, you see how it swings in one weekend," said Rea of the state of play in the championship. "[Razgatlioglu] has been incredibly fast here [at Magny-Cours] all his career, and he beat us straight up, especially after three-quarters distance.

"We’ll go to some circuits I’ve been ok at, not great, like Barcelona and Jerez, but last year I was terrible at Estoril and this year I was good. We’ll just pull our heads together, we’re gonna fight. We’re never gonna give up, I’ll push the maximum every lap and see what happens."

For his part, Razgatlioglu - also speaking before the news of his penalty emerged - said he was struggling with his own problems, revealing he started copying Rea's lines through the 180-degree left-hander.

"This weekend it was not easy for me," said Razgatlioglu. "Johnny was strong in the second race and the last race also.

"Every race we improved a little bit, just we had a big problem with chattering but this did not change, in Turn 1 and Turn 8.

He added: "There are many races left, some races he is very strong, and I am strong in some races. Now we have three very important races, Barcelona, Jerez, Portimao. I will try my best and we will see."