Six-time World Superbike champion Jonathan Rea says that beating Toprak Razgatlioglu to the 2021 crown would not make it his sweetest title win.

By:
Lewis Duncan
Co-author:
Federico Faturos
Listen to this article

Rea has matched Razgatlioglu's tally of 11 race wins in 2021, but two crashes in the Portimao round have left the Kawasaki rider trailing the Turkish rider by 24 points ahead of this weekend’s round in Argentina.

Ragztalioglu can win the title this weekend should he emerge from the El Villicum event with a buffer of over 62 points to Rea with just the season finale in Indonesia left.

Rea has often been on the back foot in 2021 thanks to the reduction in revs Kawasaki received at the start of the campaign, sapping the bike of top speed and forcing him to push harder on the front end, which has led to more mistakes.

This, couple with some incredible battles with Razgatlioglu in 2021, has made this his toughest title challenge yet – but winning this year, he says, wouldn't give his seventh crown any added significance.

Asked by Motorsport.com if 2021 would be his sweetest title win, Rea replied: “No, I think the sweetest one is always the first one because it is incredible.

“It's like it gives you validation that you are a good rider and you can do it. So, after that it's all been a bonus and it's always been nice.

“Of course, we had some difficult years but some incredible years. This is another one. I don't know if it will be more important, but certainly it will be the closest one.” 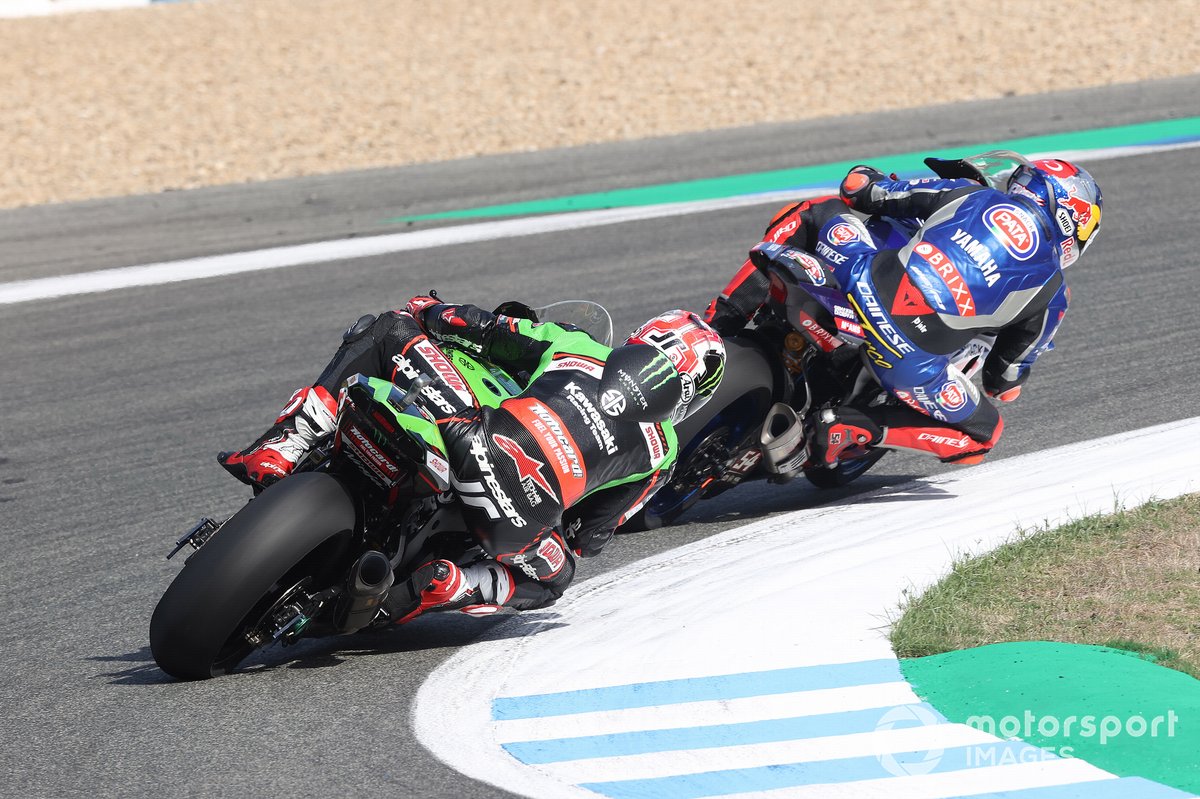 Rea admits the problems he has faced with his bike in 2021 mean more mistakes are a strong possibility in the final two rounds, noting that he’s “100 percent every single lap” now.

“We have some difficulties with our machine, especially in certain areas,” he added.

“We have some really strong points as well but the competition now is really tough, so I've been making some mistakes this year because I've been riding on the limit every single lap and of course sometimes you cross that, that's what's happening but is normal.

“In the past I could always have some margins because my rivals would make more mistakes than me.

“Now there's no margin, everybody is fast. Ducati with Scott [Redding], Yamaha with Toprak. So, yes, I'm 100 percent every single lap.”

Rea and Razgatlioglu have come to blows on several occasions in 2021, but Rea doesn’t think the heightened nature of the title battle now will lead to there being more contact between the pair – although he concedes both riders have to “race hard” now.

“I mean, not that much,” Rea said when asked if there was greater risk of contact with Razgatlioglu in the final rounds. “I mean, he has already hit me once in Jerez, and twice in Portugal.

“But that's racing, there's a lot at stake. We are trying to race for a world championship, so you are going to push over the limit sometimes and try to be respectful, that's the main thing.

“But for me you have to race hard because it means a lot. I know this feeling of winning a championship and want it again. Let's see what happens.”