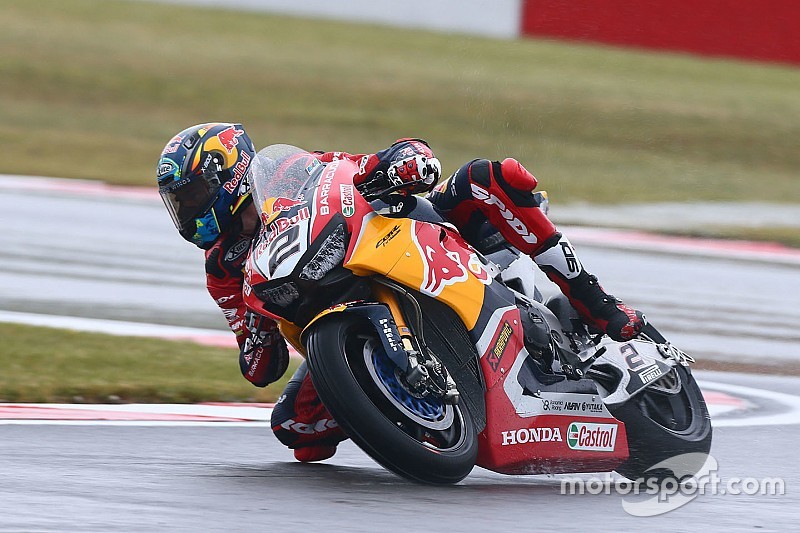 Ronald Ten Kate says Honda did not offer a “motivated” answer for why it split with the Dutch World Superbike team towards the end of last year.

Honda and Ten Kate enjoyed an 18-year partnership in WSBK, which yielded the Japanese marque's last title in the class to date in 2007 with Briton James Toseland.

For 2019 season, HRC returned to the series with its first full factory effort since Colin Edwards' title-winning 2002 season, joining forces with the Moriwaki and Althea teams.

Revealing plans were already in place to continue with Honda, team boss Ronald Ten Kate admits the Japanese manufacturer only told him it wanted to make a “fresh start” and failed to offer any other reason for its decision to sever ties.

“Until the last race in Qatar, everything was focused on continuing the collaboration this season,” Ten Kate said. “We had hired new people with Honda's approval. The winter tests were set out, the development plan was worked out in detail.

“Everything went as it normally would, until on October 30 [when] we were invited to come to the office in Amsterdam. Of course, this message would not have come if you have become world champion. I don't think it was about results alone, we didn't really have a motivated answer to that question; only that they wanted to make a fresh start, and that's all.

“We are business-like and rational in it, [but] I wanted to know where we failed. We could have learned from what we could have changed. They wanted to make a fresh start.”

The team was forced to declare bankruptcy soon after Honda informed it of its '19 plans, but will return to the WSBK grid at Imola or Jerez with Loris Baz on works-spec Yamaha machinery.

Ten Kate admits his squad “never thought of giving up” hopes of racing in WSBK this season, and claims his current team is the “most motivated” it has been in years.

“It was a long winter with lots of bumps,” he added. “We have never thought of giving up and we have not thought of not coming to the start this season. That was not an option for us, not for Gerrit [Ten Kate, team owner] and not for Kervin [Bos, team director].

“He has been the driving force this winter to get the team back on the grid. We are very happy that we and the whole team, [and] some of the technical people who started again on January 2nd, that they are fully motivated again.

“This is the most motivated team in years and we hope to achieve something beautiful with Yamaha.”