Xavi Fores believes his performances in his last-minute World Superbike appearance for the GoEleven Ducati team last month at Estoril show he still deserves a place in the series.

Spanish rider Fores was called up on Saturday morning at the Portuguese venue by GoEleven following Philipp Oettl’s big crash in Friday practice, which left the German rider with a broken collarbone.

That morning’s third practice session was Fores’ first aboard the GoEleven V4 Panigale R, but despite a lack of track time he qualified a respectable 17th and progressed to 11th in the opening race, best of the independent Ducati riders.

He followed that up with 10th in Sunday’s second full-length race to cap off an accomplished return to WSBK after 18 months away from the series.

“To finish in the top 10 was nice and a little bit unexpected, to be honest,” said Fores. “It was my very first time on the V4 Superbike, but I felt quite good on the bike even from the first session I did with Philipp’s set-up.” 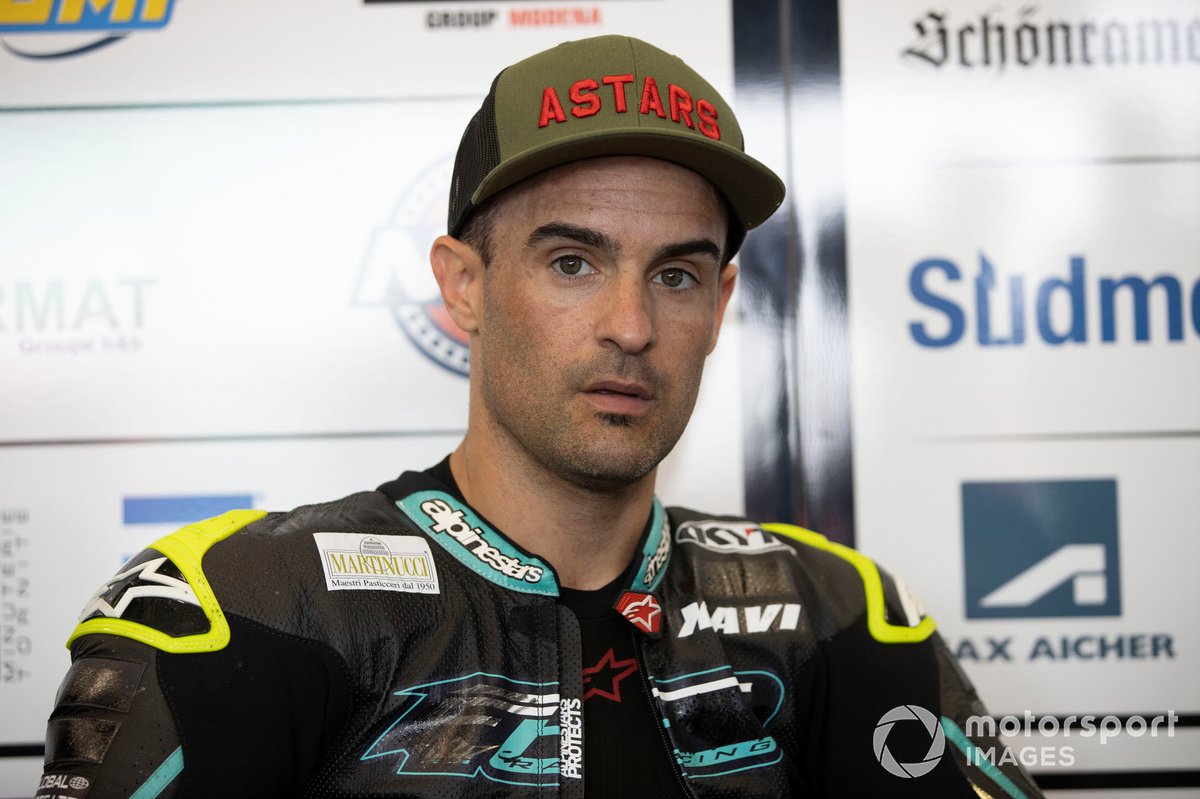 Asked whether he felt he still belonged in WSBK after such a strong showing with limited practice time at Estoril, the 36-year-old replied: “Of course it’s something I’m pushing for.

“I talked a lot with Barni [the Ducati satellite team Fores raced for in 2016-18], we have a good relationship, and I am always telling them that I still feel strong. You could see in the races, my strongest point was the second part of the race.

“If I had a good bike and could work properly on my own bike and style, I can be very strong. But unfortunately there are no bikes [available].

“GoEleven gave me an amazing opportunity to show people that I am still on the pace, I believe in myself, but it’s not in my hands. If there are no bikes, I can’t do anything.”

Fores had established himself a semi-regular podium finisher with the Barni team, finishing seventh in the standings in both 2017 and ‘18, but was replaced for '19 by now-Ducati works rider Michael Ruben Rinaldi at the behest of sponsor Aruba - something he spoke out strongly against at the time. 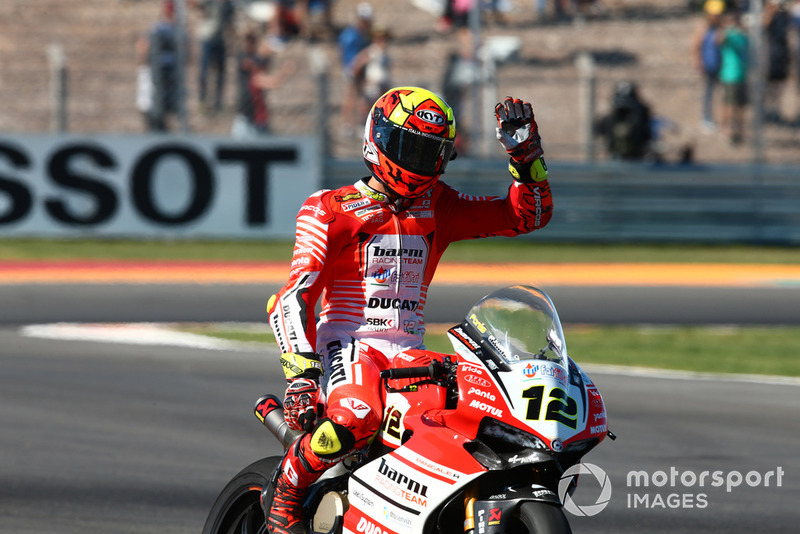 That prompted Fores to switch to British Superbike in 2019 with Honda, and after a single season in the series he made a return to WSBK in 2020 on the uncompetitive Puccetti Kawasaki, again moving on after one season.

He went back to BSB in 2021 as part of a deal with BMW that also encompassed outings in the FIM Endurance World Championship, where he has remained for 2022 as part of the Team ERC Endurance Ducati outfit.

Fores downplayed his chances of establishing another foothold in WSBK, citing his age and a limited number of competitive non-factory packages as obstacles.

“I always believed my place was in WSBK, but now more than in the past, if you don’t have a factory bike or a proper [satellite] bike, it is not easy like it was in the past to stay with the pack,” said Fores.

“There are only a few good privateer teams, Barni, GoEleven, the second BMW team [Bonovo], maybe GRT [Yamaha]… but they are looking for young riders and it’s always been difficult for me to find a place.

Fores says he is not sure yet whether he will be needed by GoEleven for the next WSBK round at Misano next weekend.

“It doesn’t depend on me, it depends whether Philipp is ready or not [after surgery],” he pointed out. “Hopefully he is ready, but in case he is not ready, I am available.” 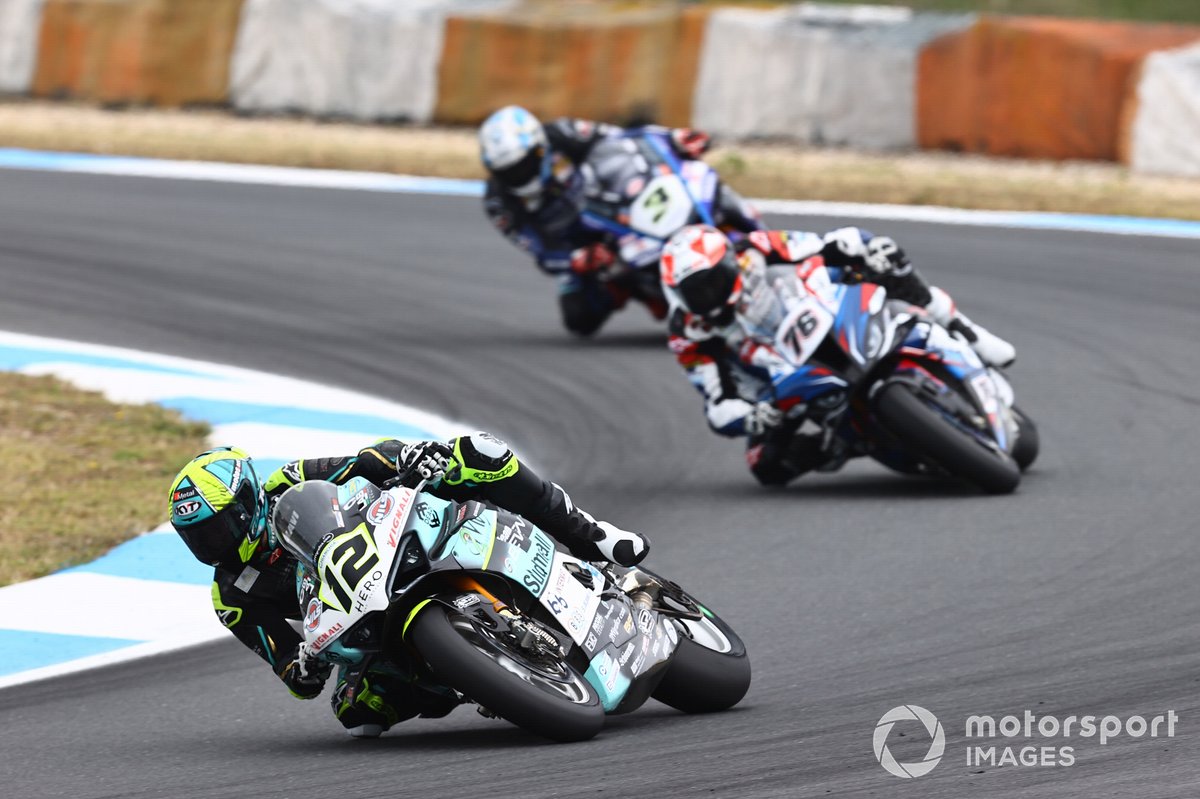 Redding: Mikhalchik not the right choice for BMW substitute