Ducati World Superbike rider Scott Redding says his team "raised their eyebrows" when he told them he wanted to use slick tyres ahead of his victory in the final race of the weekend at Aragon.

Redding scored his and Ducati's first win of the new campaign in the second full-length race of the weekend on Sunday, helped by a bold call to use slick tyres on a damp-but-drying track.

That allowed him to finish almost 10 seconds clear of second-place finisher Jonathan Rea, who like the majority of riders in that race used intermediate tyres on his Kawasaki.

It followed a disastrous Superpole Race earlier that day in which Redding could manage no better than eighth on full wet tyres, while most riders elected to use intermediates.

The British rider explained that the call to use wets for the Superpole Race was "70 percent the team, 30 percent me", and that he was given the freedom to decide his tyres for the finale.

He recalled: "They all just looked at me and said, 'make your decision'. We f***ed it before, we don’t want to make the mistake [again], which I fully understand. And when I said put slicks, their f***ing eyebrows raised, you know, like...' What's he doing now'. But we did it, and it worked." 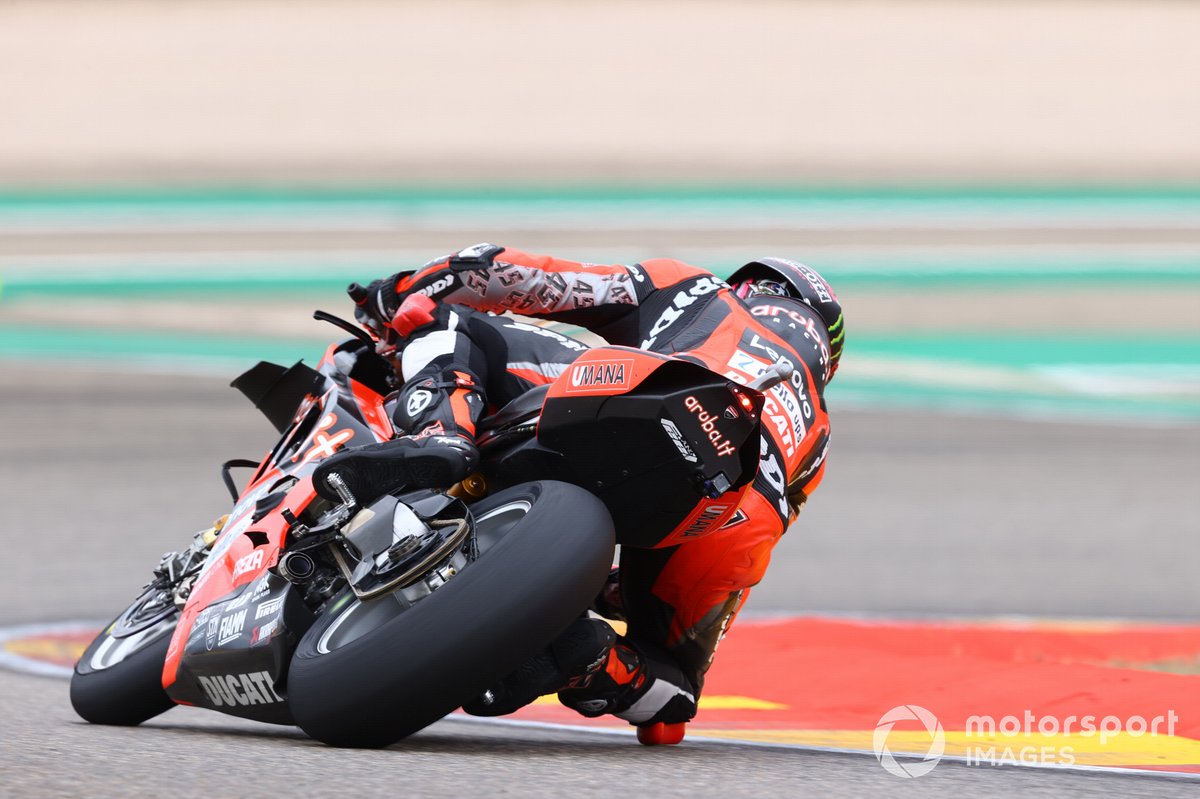 Explaining the logic behind the gamble, the ex-MotoGP rider continued: "I just said 'f*** it', and sometimes that's when you make the right decisions because you go without thinking.

"I just thought, 'what I have got to lose'? I need to make points, if I go with the inter, I'll suffer because I'm heavier, so I might as well go with the slick and try. It's a gamble, if it had started raining I would have been in trouble. But I just put my balls on the tank and said, 'this has to happen'."

Redding said he only realised that he was the only one among the front-runners when his rivals "all pulled the tyre warmers off and they were on inters, and they all looked at me shaking their heads", but added: "When we did the sighting lap, I thought, ‘I've got this’."

With Rea winning the first two races of the weekend and finishing second in the third, the six-time champion leads the championship standings on 57 points, 17 ahead of Redding.

Referring to Rea's incident with GRT Yamaha rider Garrett Gerloff in the final race of the weekend, Redding quipped: "Of course Jonny was second, that’s just how it goes… even with another bike [Gerloff’s] underneath his, he still stays up and finishes second!"

He continued: "I didn't get as many points back [on Rea] that I needed, but I got at least some points back, and we as a team feel better. After the Superpole race, everyone was a bit upset with each other, because we were a bit lost as to why this was happening.

"[The win] just lifts everyone up a little bit. Now we can put it behind us and hopefully we can have a smoother weekend at Estoril and build our confidence." 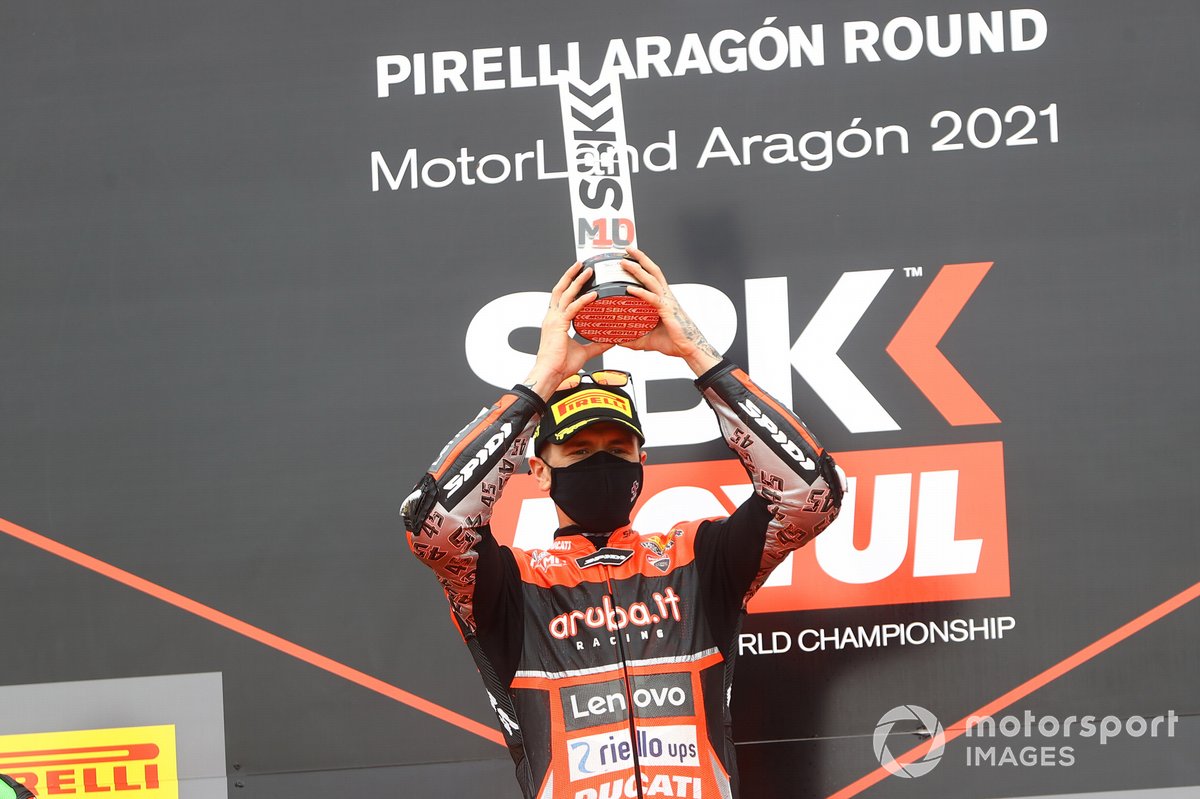 Lowes glad to put 2020 slump behind him with triple podium