Chaz Davies has admitted that he came close to bowing out of the World Superbike championship after the 2020 season, after announcing his retirement from racing at the end of the current campaign.

On Thursday, Davies revealed his intention to bring down the curtain on a WSBK career that has yielded three runner-up placings in the championship and 32 race wins, 28 of them aboard Ducati machinery, amid a difficult, injury-disrupted 2021 season with the Go Eleven team.

The Welsh rider stepped down to the satellite outfit after losing his place at the Italian marque's works outfit to Michael Ruben Rinaldi, having had guarantees of equipment parity with the factory V4 Rs.

However, after a podium finish at Estoril, two crashes at Misano took the wind out of Davies' sails, and he was unable to take another top-three finish before the crash at Barcelona last weekend that left him two broken ribs.

Reflecting on his decision to retire from top-level competition, Davies confessed that bowing out after losing his factory Ducati ride last year was on his mind, before he took the decision to continue with Go Eleven.

"I think last year there was a good case for making the decision then, and I was super-close, to be honest," admitted Davies. "But I couldn’t quite do it.

"I finished on a high, I won in Estoril and I still had that taste. I wanted to scratch the itch, and went again.

"To be honest, it’s not been great [in terms of results] but I’ve met a new team and a lot of new people and I’ve enjoyed the experience with the Go Eleven team. It hasn’t worked out for a number of reasons.

"Last year I was thinking about it, maybe I should have done it or maybe I shouldn’t have, but this year I’m confident it’s the right decision." 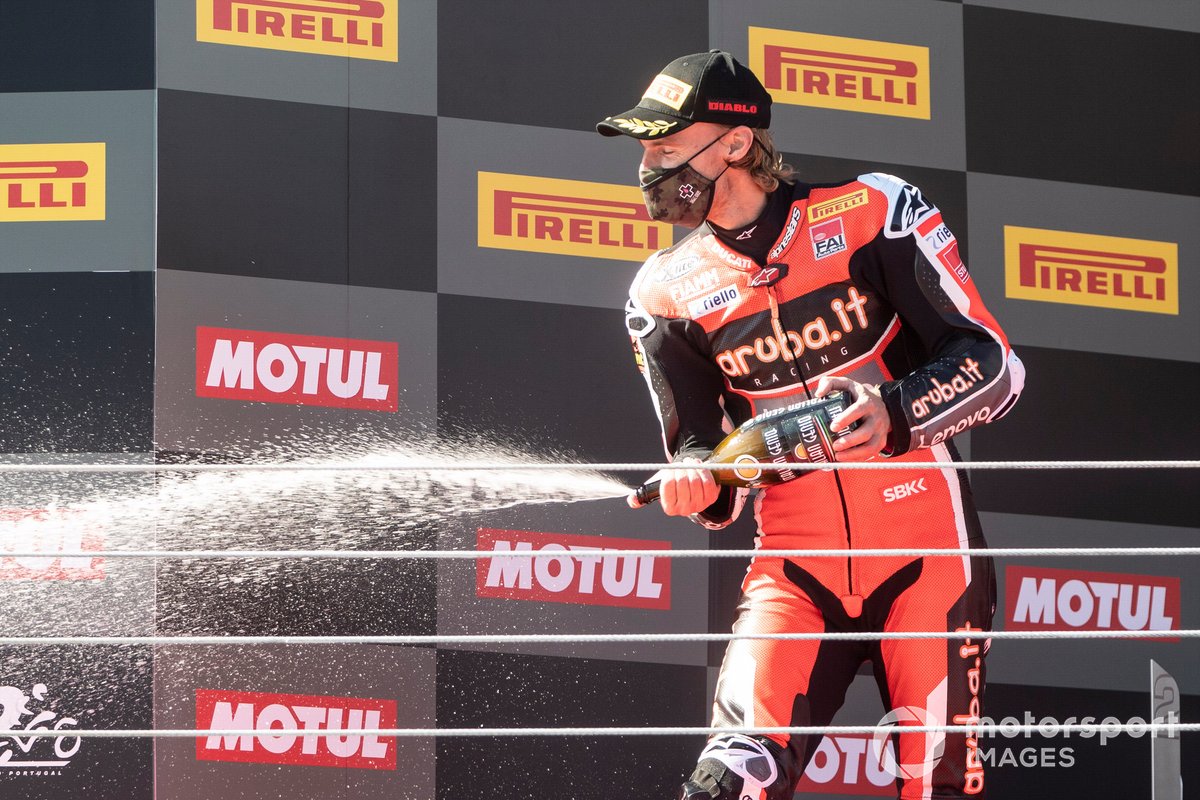 Davies will be sitting out this weekend's Jerez round as well as the following event at Portimao following his latest injury, with Loris Baz filling in for him at Go Eleven, but is targeting a farewell in what could end up being the season finale at Argentina's El Villicum circuit in mid-October.

"I’d love to come back for Argentina if possible," he clarified. "I certainly don’t want to finish my time in WSBK being carted off in a stretcher!"

Davies also did not rule out taking up a test ride in future but suggested that racing in other categories did not appeal to him.

"It’s difficult to drop it [riding motorcycles] completely, but I’m confident in my decision that racing at this level is no longer something I want to be a part of," he said. "But I think when you have that feeling of pushing yourself, I want to hold on to that a little bit, so I’ll be training with Supermoto and motocross.

"I’m not looking for opportunities, but if something presents itself, like a testing opportunity for example, something that gives me the motivation to keep on training and riding, I’d certainly look at something like that. But at the minute, that’s far away from my thoughts."