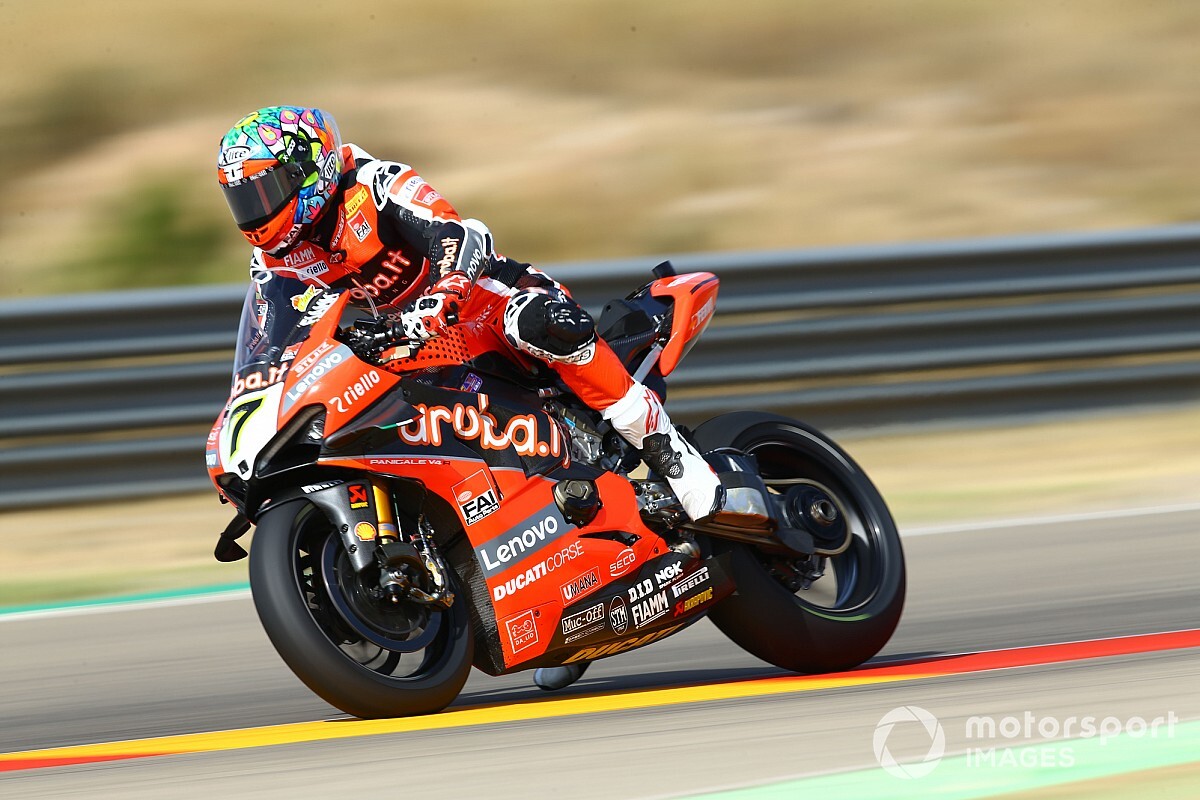 Davies, seven times a WSBK winner at Aragon and five times with Ducati, set the pace during the morning's opening 50-minute session aboard his works Panigale V4 R.

Jonathan Rea, who retook the lead of the standings last time out in Portimao with a hat-trick of race wins, was third-fastest on the Kawasaki, 0.193s back.

The reigning champion was followed by Honda rider Alvaro Bautista, who suffered an eventful session as he crashed at Turn 1 and then suffered a late technical problem, but not before posting a time 0.222s off the pace on his works Fireblade.

Fresh off the back of earning an extended BMW contract, Tom Sykes was fifth-fastest ahead of Ten Kate Yamaha rider Loris Baz, with the top six riders from the morning session also proving to be the six fastest on the combined timesheets.

Leading the way in the afternoon session was Rea after taking the top spot away from Kawasaki teammate Alex Lowes late on, but his time of 1m50.865s was a little over a tenth slower than his best effort from the morning.

Lowes' time of 1m51.001s was good enough for second in FP2 and seventh overall, but the erstwhile points leader suffered a big crash at Turn 14 with 12 minutes remaining.

Third in FP2 and eighth for the day was the second works Ducati of Scott Redding, who was a low-key 11th in the morning session.

Two Yamaha riders completed the top 10 overall, with Michael van der Mark going seventh in the morning to end up ninth for the day ahead of teammate Toprak Razgatioglu, who was only 13th in the morning but fourth in the afternoon.

Rinaldi and Davies completed the top six in FP2 ahead of the second Honda of Leon Haslam, who was 11th-fastest for the day courtesy of his best morning effort.

Sykes to stay with BMW in 2021 World Superbike season