Rally Sardinia leader Ott Tanak says he was “quite lucky” after a tyre scare threatened to hamper his run through the final stage of the day.

The Hyundai driver had been imperious for the majority of Friday, winning five of the eight stages to build up a 19.4s lead over team-mate Dani Sordo, with Toyota’s Sebastian Ogier 36.2s back in third.

However, the Estonian suffered a Pirelli tyre delamination towards the end of the second run through the 14.97km Erula-Tula stage. Tanak finished 5.6s behind team-mates Sordo and Thierry Neuville, who posted identical times to top the stage.

The Estonian admitted it was lucky the tyre drama struck on a slow section of the stage, revealing that these issues are always “a bit scary” to manage.

“Apart from the last stage with the tyre issues I would say the rest has been quite good," said Tanak. “Basically I knew what happened we have had it recently. It is a bit of a lottery with this delamination. I was quite lucky that the end of the stage was so slow so I could carry it to the finish but for sure it is always a bit scary when these things happen.”

“Clearly, it has been a tricky day, but we know very well that Sardinia is a difficult rally," said Adamo. “This morning was tough, but we saw some improvements in the afternoon.

“Ott has done something quite amazing; he’s been in his own world. He has found a good compromise between being fast and not abusing the car’s speed.

“Dani has improved during the day, while Thierry - at the very minimum - we can say he has had an eventful day. We hope tomorrow he will be able to catch up.” 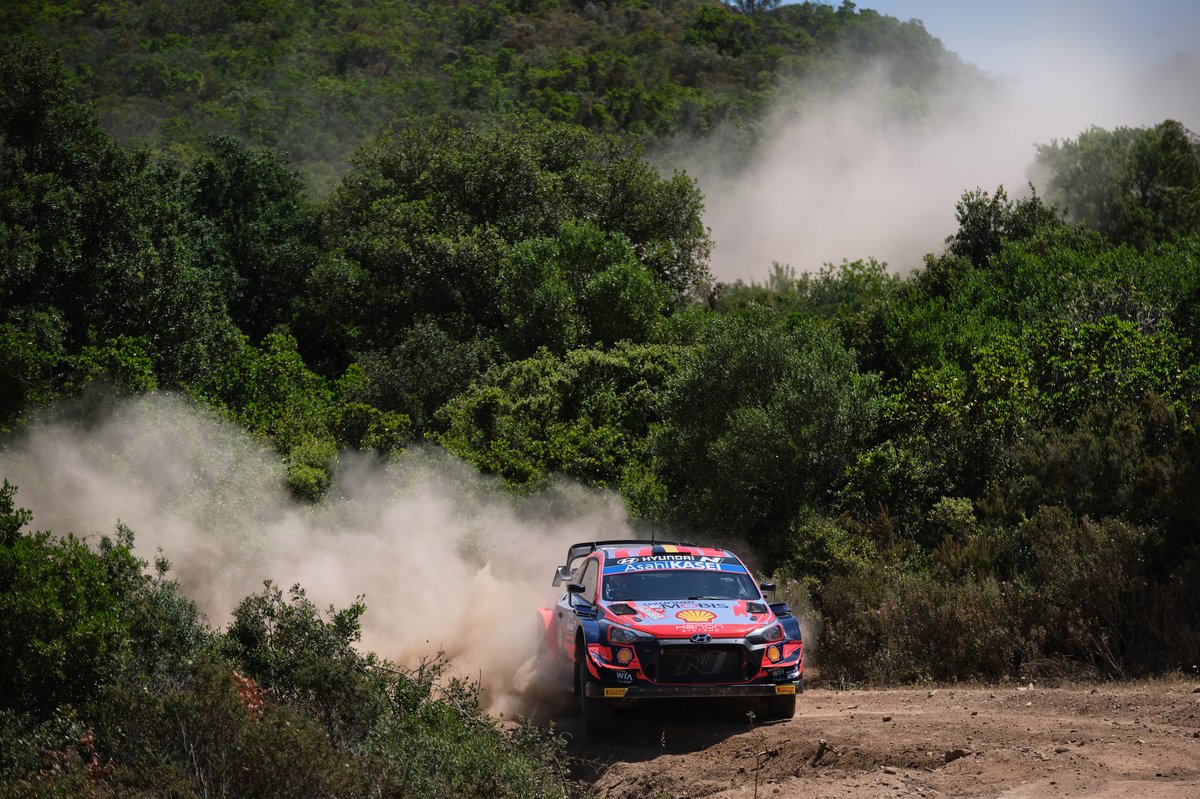 Tanak was not the only Hyundai driver to suffer tyre issues as Neuville encountered two punctures in what turned out to be a challenging day for the Belgian.

The championship contender lacked confidence in the morning stages dropping significant time to his team-mates and the Toyota duo of Ogier and Elfyn Evans.

However, he did finish the day strongly with a stage win that leaves him in fifth position, 1.2s behind Evans.

“It was a difficult day for us. I struggled with confidence in the first stages,” said Neuville. “I didn’t get a good feeling, so we decided to go progressively throughout the day to get the speed. We changed a lot on the car, we went in the right direction with the settings.

“The car was a bit stiff this morning and we couldn’t get the traction, but things worked better this afternoon. Unfortunately, two punctures cost us a huge amount of time. I think we would have been able to close the gap to Sebastien without them.

"As a result, we lost a position on the road order for Saturday, but this rally is not over and maybe tomorrow is a positive turn and we might be free of issues.”