Defending World Rally Champion Ott Tanak says that he is “pretty sure” he will return for the closing leg of Rally Turkey tomorrow after retiring from Saturday morning’s opening test with steering failure. 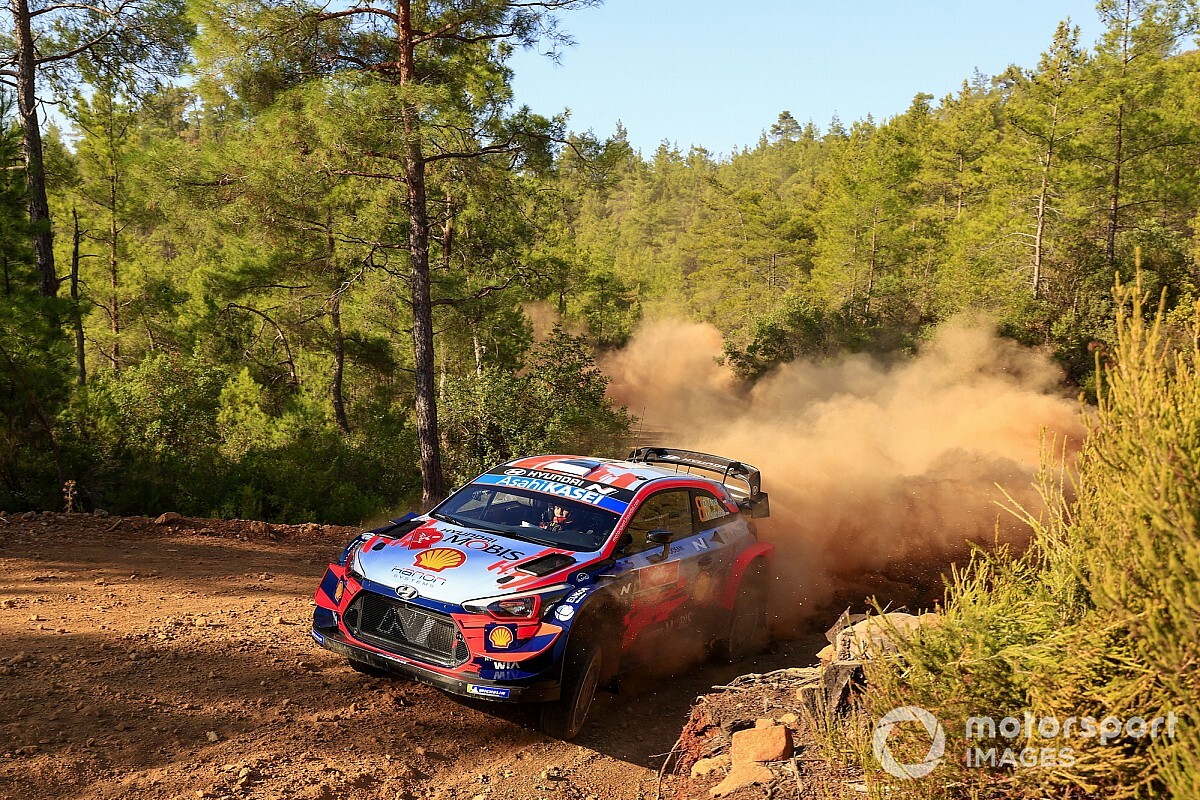 Tanak’s Hyundai i20 Coupe WRC arrowed into a bank four miles from the end of the Yesilbelde stage, and although he managed to free it and move it to safety, the Estonian deemed the damage terminal.

Footage showed Tanak paying particular attention to the front-right corner of the car before walking away from it. It remains unclear what caused the issue on one of the most unforgiving WRC meetings.

“We had some kind of steering issue [but] we don’t know exactly what [caused it] because the car is still in the forest,” said Tanak, who was languishing down in seventh place after Friday’s first two stages.

His progress was hampered by hanging dust clouds that limited visibility through the forest sections late in the day.

“We need to wait for it to come back to service before we can see what actually happened. There was no warning – it was quite instant. Normally it should not be a worry, it should not be too big to repair.”

Tanak confirmed that all the signs point to him and Martin Jarveoja being able to re-join the action on Sunday when their focus will be trying to secure maximum power stage bonus points.

“I am pretty sure we are back tomorrow,” he said.

“We all know what it does [for the defence of my championship], so it is not the positive [that we were looking for] – I guess there is nothing too much to comment.”

Going into this week’s Rally Turkey, Tanak had moved to within thirteen points of leader Sebastien Ogier after winning his home round in Estonia at the beginning of the month.

However, retaining his World Rally crown following his switch from Toyota appears remotely distant as there are potentially just two points-scoring rounds of a truncated season remaining
after the Marmaris-based counter.

Tänak lost ground early in the Championship race following a scary, high-speed crash on Rally Monte Carlo. He ran out of road halfway through the Freissinieres stage which sent his i20 Coupe WRC down a ditch and onto the road below. Despite the violent nature of the off, the crew emerged unscathed.