World Rally Championship veterans Dani Sordo and Craig Breen have been retained by Hyundai for 2021, and will share the team's third car alongside Ott Tanak and Thierry Neuville. 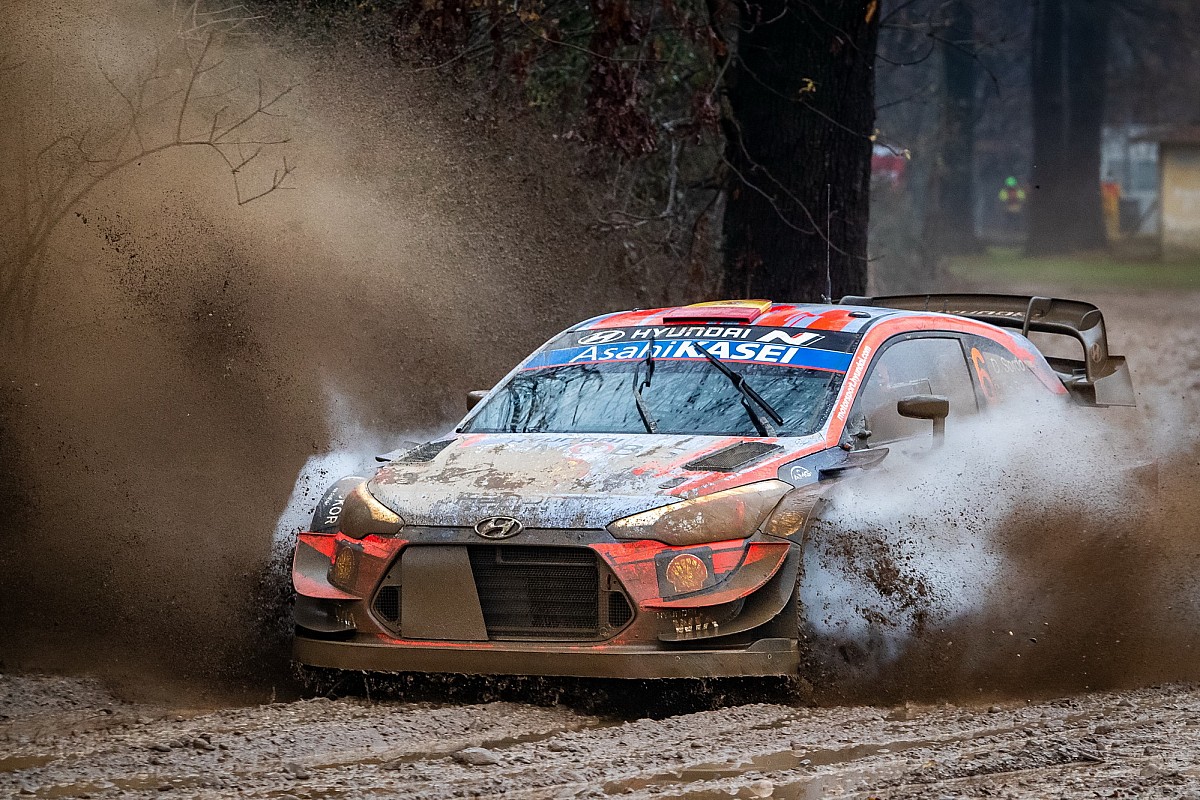 Sordo, who won at this year's WRC Rally Italy at Sardinia, will alternate with Breen in the car that the duo shared with Sebastian Loeb in 2020, although Hyundai confirmed earlier this year that the nine-time champion will not continue for a third season with the team.

In a season cut down to just seven rounds by the COVID-19 pandemic, Sordo took part in three rounds - Mexico, Italy and the Monza finale - while Breen only did two, taking the reigns for Sweden and Estonia.

Breen was also due to drive at Rally Ypres, before the round was cancelled due to growing coronavirus cases in Belgium.

Sordo retired from the truncated Mexico round, cut short due to growing features amid the pandemic's zenith earlier in the year, but followed up his Sardinia win with a third place at Monza, added late on to the WRC calendar.

Although Sordo failed the post-race inspection checks, with his rear subframe deemed to be underweight, Hyundai successfully held onto the Spanish driver's result having argued it was a quality control issue.

"I have said before that Hyundai Motorsport is like a family to me, and that has never been clearer than during 2020," said Sordo.

"We have had a challenging year, but we have supported each other through it all. I am fortunate to have been part of this team since the very start and we continue to grow each year.

"Securing my second WRC win with the team in Sardinia - repeating what we achieved in 2019 - was a great example of how we can continue to be successful together. I look forward to more great results in 2021."

The results of all five drivers helped Hyundai clinch the manufacturers' title for the second year in a row.

"To have the opportunity to compete on the stages of the World Rally Championship with Hyundai Motorsport has genuinely been a dream come true for me," said Breen.

"Although I have joined the team in occasional rallies since 2018, this year we were really able to demonstrate our potential, with second place in Estonia. It gives us something exciting from which we can build.

"The team has placed its faith in myself and Paul [Nagle, co-driver] to deliver more of these results in 2021. We’ll give everything we’ve got, starting from Rally Sweden."

Sordo will join regular drivers Tanak and Neuville at the Rally Monte-Carlo season opener, before Breen takes over in Sweden.