The Toyota driver arrives in New Zealand with a 53-point lead over Hyundai’s Ott Tanak and only needs to outscore his rival by eight points to secure a maiden world title.

In recent events Rovanpera has seen a huge points lead whittled down by Tanak, who has won in Finland and Belgium, while finishing second in Greece last time out.

In the same period Rovanpera finished second in Finland, but has only picked up nine points across Belgium and Greece after two uncharacteristic crashes. The Finn was also hampered in Greece by suspension set up issues that afflicted all four Toyotas.

Despite being within touching distance of becoming the WRC’s youngest ever world champion, the prospect of sealing the championship in New Zealand remains secondary in his thoughts. 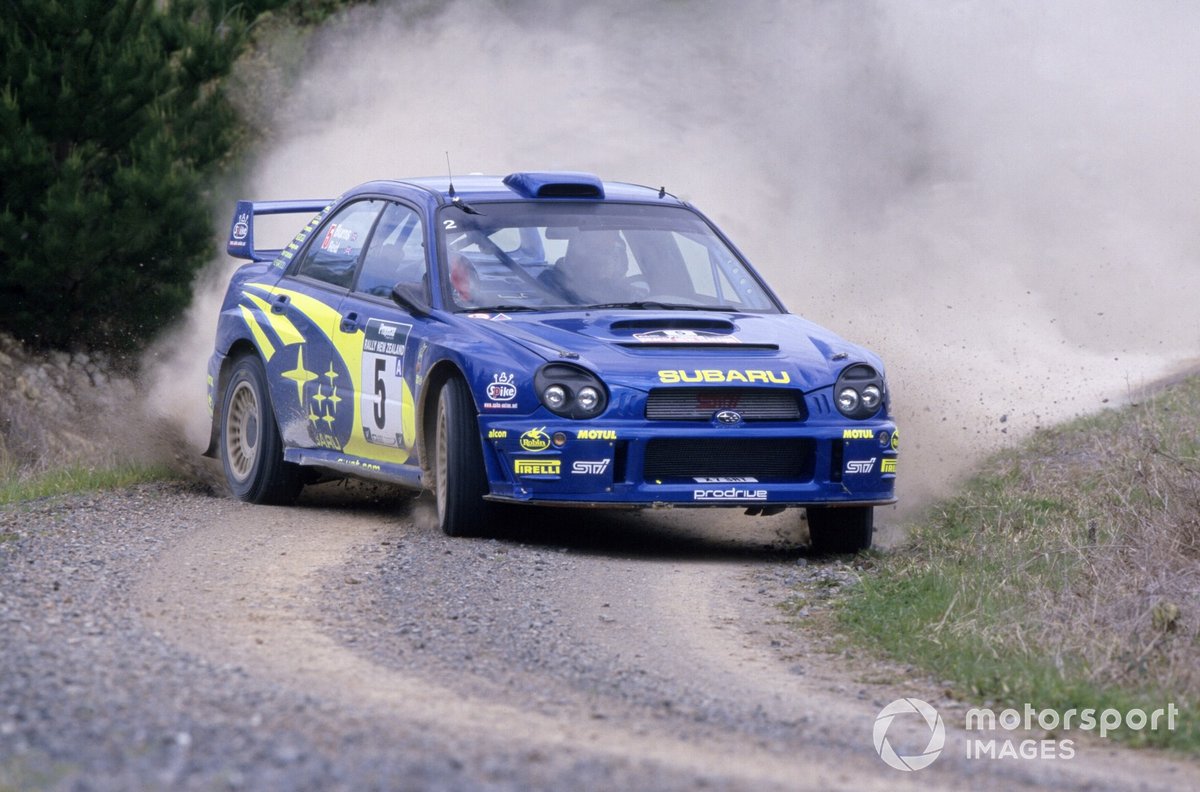 Rally New Zealand has been off the calendar for a decade, but has a long history. Here's Richard Burns in 2001.

“After a few shit rallies I just want to finish the event with some good feeling,” Rovanpera told Autosport.

“We really need to have a proper weekend after a couple of shit ones. It will not be easy with the road cleaning on Friday, it will be huge. It will be tricky but for sure we will try.

“Of course it [the title] is quite a lot [on my mind] and having a few bad rallies like this you start to feel a bit down. I don’t need to think about it so much and I just need to go into every rally like normal.”

The 21-year-old says he has refused to think about becoming world champion this weekend, adding: “I don’t want to think about it too much. I never think too much in front.”

Rovanpera’s title rival Tanak is however refusing to give up on his slim championship hopes. But he admits that time is fast running out on his own aspirations.

“It's not in our hands, it's in his hands,” said Tanak, who is one of three Rally1 drivers to have competed in New Zealand before. “We could win all the rallies and still not do it, so the chances are slim.”

New Zealand’s fast and flowing roads will be new to Rovanpera and the majority of the WRC field, as the event returns for the first time in 10 years, but despite the lack of local experience he is confident the stages will be to his taste. He is also hopeful that Toyota has managed to solve the issues it was suffering in Greece.

“I think if you really get in the flow and have the car on your way, for sure you will enjoy the roads, they seem to be nice,” he said.

“They are really technical style and you need to drive a lot and be really precise with the notes.

“We knew really before the weekend in Greece had started that we would be not so good there.

“We tried to fix everything on the test and we drove a bit different. We can’t be sure 100% what the grip will be here but I hope we are on the right track, and we can finally enjoy driving a bit more and not struggle so much.”

Toyota WRC boss Jari-Matti Latvala says the team has put its struggles in Greece to one side and believes the Kiwi roads will suit the GR Yaris.

“We know this kind of event in New Zealand; our car is strong on these fast, flowing roads,” Latvala told Autosport. “We're feeling confident and our drivers are really hungry to get good results. I would say everyone is sharper than usual.”

“I don’t feel pressure. Our position in both championships is still good, but we need to be realistic. We need a decent result here and if we don’t do that here then we might feel the pressure in Spain.”